Writers Who Punctuate by Neil Plakcy 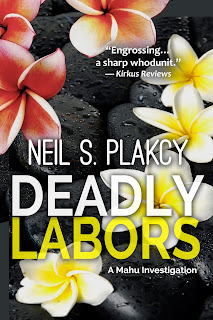 Using the right words can help set your book in a real place. In my Mahu Investigations, which take place in Hawai’i, I often have the need to use words from the Hawaiian language, or olelo. I’m faced with a couple of difficulties when I do this.

The first of these concerns the oddball punctuation marks used in Hawaiian, the okina and the macron. I have agonized over these issues since the first publication of Mahu in 2005.

Hawaiian makes liberal use of the okina, a backwards apostrophe that indicates a glottal stop. For easier typesetting, I use a regular apostrophe in names like O’ahu and Hawai’i. This helps readers know that the state’s name should be Ha-wai-ee, with a brief pause after wai, not Ha-why-yee.

The macron over a vowel is harder to explain. The closest I can get is that it means a longer emphasis on the vowel. Mahu, a term in Hawaiian which various means gay or two-gendered, should be properly presented as Māhū, and should be read as “maaah-huuu.”

This presents two problems, though. First is that English readers are accustomed to thinking of a macron as a long vowel—May-hu. Second, the ASCII character for an ā is not the same as the one for a, so converting to different fonts or different uses (for example on a web page) can be a big mess. The result is that after trying for the first couple of books, I’ve given up on the macrons. My apologies to Hawaiian readers who miss them!

The second issue concerns defining and italicizing foreign words. According to Kris Jacen, the Executive Editor of MLR Press, who put out many of the books in the series, “Italics should be used the first time you use a foreign word. After that it should be presented in regular type.” This is the way I teach college students as well, so it’s the rule I stick to – in general!

Because I often use Hawaiian pidgin in dialect, I don’t italicize those words unless they’re quite unfamiliar. A greeting like “Eh, brah, howzit?” needs no definition. The pidgin is close enough to English that readers will understand.

My character, Honolulu homicide detective Kimo Kanapa’aka, spends a lot of time on the road visiting crime scenes, interviewing witnesses, and so on. At least once in each book I have to provide the way that he references directions. 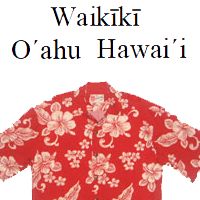 “On O’ahu, we don’t use north, east, south or west. Mauka means toward the mountains, while means toward the ocean – from wherever you are on the island. In lieu of east and west, we say Diamond Head, toward the extinct volcano of that name, or Ewa, toward a city on the opposite side of the island.”
makai

Sometimes I feel the need to define, while other times I hope readers will figure things out. Here’s an example of both:

“Then behind us, the kumu hula, a slim man with gray hair pulled back in a ponytail, pounded once on a pahu hula, a tall, narrow drum carved from a segment of coconut palm trunk. Dried sharkskin had been stretched across the top, and it made a deep, resonating sound.”

From the context, I hope readers will understand that the kumu hula is the leader of the group. But I need to define ‘pahu hula’ because without explaining that it’s a kind of drum, readers would be lost.

It’s all about the reader experience, to me. I want readers to feel immersed in Hawaiian culture without being confused or overwhelmed. I hope I’m successful! 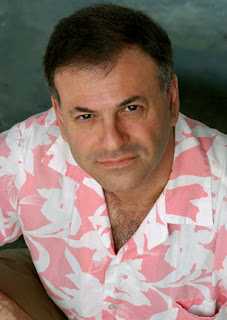 NEIL S. PLAKCY is the author of over thirty mystery and romance novels, including the highly acclaimed Mahu series. The twelfth book in that series is Deadly Labors, which debuts October 1, 2019.

He can be found almost every morning at a Starbucks, drinking a café mocha and tapping away at his laptop. He is a professor of English at Broward College in South Florida, where he lives with his husband and their rambunctious golden retrievers.

A reminder of how narrow-minded we can be about punctuation, pronunciation and our writing.

Its fascinating to open up our recognition of different ways of expression.

Tough problems! Thanks for this discussion. It helps.