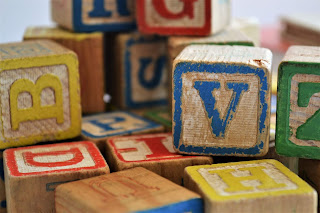 Since these authors know a lot more than I do, I’m just going to quote them.

“Now, what I’m thinking of is, people always saying “Well, what do we do
about a sudden blockage in your writing? What if you have a blockage
and you don’t know what to do about it?” Well, it’s obvious you’re doing
the wrong thing, don’t you? In the middle of writing something you go
blank and your mind says: “No, that’s it.” Ok. You’re being warned, aren’t
you? Your subconscious is saying “I don’t like you anymore. You’re
writing about things I don’t give a damn for.” You’re being political, or
you’re being socially aware. You’re writing things that will benefit the
world. To hell with that! I don’t write things to benefit the world. If it
happens that they do, swell. I didn’t set out to do that. I set out to have a
hell of a lot of fun.
I’ve never worked a day in my life. I’ve never worked a day in my life.
The joy of writing has propelled me from day to day and year to year. I
want you to envy me, my joy. Get out of here tonight and say: ‘Am I
being joyful?’ And if you’ve got a writer’s block, you can cure it this
evening by stopping whatever you’re writing and doing something
else. You picked the wrong subject.” — Ray Bradbury

“What I try to do is write. I may write for two weeks ‘the cat sat on the
mat, that is that, not a rat.’ And it might be just the most boring and
awful stuff. But I try. When I’m writing, I write. And then it’s as if the
muse is convinced that I’m serious and says, ‘Okay. Okay. I’ll come.’” —
Maya Angelou

“The best way is always to stop when you are going good and when
you know what will happen next. If you do that every day … you will
never be stuck. Always stop while you are going good and don’t think
about it or worry about it until you start to write the next day. That
way your subconscious will work on it all the time. But if you think
about it consciously or worry about it you will kill it and your brain
will be tired before you start.” — Ernest Hemingway

“Suggestions? Put it aside for a few days, or longer, do other things, try
not to think about it. Then sit down and read it (printouts are best I
find, but that’s just me) as if you’ve never seen it before. Start at the
beginning. Scribble on the manuscript as you go if you see anything
you want to change. And often, when you get to the end you’ll be both
enthusiastic about it and know what the next few words are. And you
do it all one word at a time.” —  Neil Gaiman

“I encourage my students at times like these to get one page of
anything written, three hundred words of memories or dreams or
stream of consciousness on how much they hate writing — just for the
hell of it, just to keep their fingers from becoming too arthritic, just
because they have made a commitment to try to write three hundred
words every day. Then, on bad days and weeks, let things go at that…
Your unconscious can’t work when you are breathing down its neck.
You’ll sit there going, ‘Are you done in there yet, are you done in there
yet?’ But it is trying to tell you nicely, ‘Shut up and go away.” — Anne
Lamott, Bird by Bird

““Many years ago, I met John Steinbeck at a party in Sag Harbor, and told
him that I had writer’s block. And he said something which I’ve always
remembered, and which works. He said, “Pretend that you’re writing
not to your editor or to an audience or to a readership, but to someone
close, like your sister, or your mother, or someone that you like.” And at
the time I was enamored of Jean Seberg, the actress, and I had to write
an article about taking Marianne Moore to a baseball game, and I started
it off, “Dear Jean . . . ,” and wrote this piece with some ease, I must say.
And to my astonishment, that’s the way it appeared in Harper’s
Magazine. “Dear Jean . . .” Which surprised her, I think, and me, and very
likely Marianne Moore.” — John Steinbeck by way of George Plimpton

What works for you?

I don't know who said it originally, but I try to remember: "You can always edit poor writing, but you can't edit a blank page."

So I try to get something down on the page.