Raylan, A Novel by Elmore Leonard: A Review by Warren Bull

Raylan, A Novel by Elmore Leonard: A Review by Warren Bull 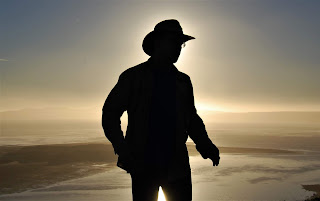 Image from Richard Price on Unsplash

Elmore Leonard demonstrates once again the skill and power he commands when he writes about his character, Raylan Givens, who escaped the West Virginia coal mines to become an assistant United States Marshal. Givens is quick on the draw but cool in assessing crime situations. For those of us who love the television series, the memorable characters on the page feel as real as what we saw on the program.
The Crowe boys are back, as unwashed and constantly buzzed and Elvis-obsessed as ever. Their country attitude does not diminish their capacity for violence.  Art Mullin, the United States Marshal who expects that Raylan will turn up dead someday and Rachel Brooks, Raylan’s colleague whose advice Raylan values and occasionally even takes, make appearances. Ava Crowley, who shot and killed Boyd Crowley’s brother and now lives with Boyd waltzes in and out. Boyd, himself, is also present. He is a competitor, killer, preacher and sometimes friend of Raylan who offers us a picture of who Raylan might have become if he had not been good at school.
In this installment, Dickie and Coover Crowe stumble across a kidney transplant nurse who has decided to start a business of removing both kidneys and selling them back to their original owner, who cannot live with a kidney. She also sells to the black market if the owner lacks the cash. Raylan sniffs out the operation but ends up naked in a bathtub about to become an unwilling donor before he realizes the danger he is in.
I am a big fan of Elmore Leonard and this was another example of his unparalleled work. I give it my highest recommendation.
Posted by Warren Bull at 12:00 AM

I enjoy Elmore Leonard's work, and the Raylan series are among my favorites.

I haven't read his books, but now I want to.