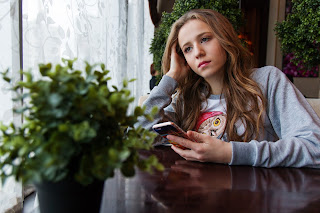 Image from Pixabay
There is no escape from bad reviews. In some ways, I feel relieved when I first receive a review that is less than stellar on something I’ve written. It’s not that I like it, but I know it’s going to happen. It’s like getting the first dent in a new car.  The way I write and drive, it is bound to happen.
After some time I relax my jaw and loosen my stranglehold on whatever object had the bad karma to be close at hand when I read the review. I calm down and try to see what I can learn from the feedback. Sometimes the reviewer nails my writing on a weak spot. Maybe I was unclear. Perhaps I left out something that was absolutely evident to me since I know the character’s life history, foibles and why he or she mistrusts men who wear bowties but relies on women wearing bowler hats. On one occasion I learned that high schools no longer operate the way they did when I was in high school. Apparently, it is now passé for a wrangler to tie his horse to the hitching post outside the school, stomp the dust from the cattle drive off his boots and come in looking for he schoolmarm carrying a bunch of poesies.
Sometimes I learn that reviewers’ comments are based on their opinions and peculiar likes and dislikes. A good friend of mine got a very bad review from one person who disliked the heroine’s nickname. Really that was the only criticism mentioned.
I once got a bad review based on the title of my book, Murder Manhattan Style. The reviewer described my title as deceitful. This person admitted the mystery stories took place in Manhattan but they were not set in the high society Manhattan setting of the reader’s imagination.
The truth is that nobody is as critical of my work as I am. I know where the stitching is coming loose on the seams, where coincidence is the only reason for the reader to go from point A to point B and when I’ve forced an indignant character to do something he or she would never willingly do.
My biggest critic is me.
Posted by Warren Bull at 12:00 AM

Warren, I love your comparison of the first bad review to the first dent in a new car. You know it's coming. You dread it. But once it's there, oh well.

You're stronger than I am though, reading the bad ones and trying to learn from them. The only thing I've learned is I can have 50 5-star reviews but the lone 1-star one will throw me into a funk. For self-preservation, I stop looking at them after that first "dent."

The first time one of my novels received a bad review I was crushed. But then I realized that there were a lot more readers who enjoyed my writing. I myself won't write a negative review. If I thought a book I was asked to review was really bad, I would just refuse to write anything about it. Why hurt another writer? Usually, I can find a lot of positive things to say about my fellow authors' work.

I think it would be impossible not to get an occasional negative review. People’s taste are so varied, so someone is bound to not like a particular book, etc. It is sad when a reader gives a bad review for something that is out of the writer’s hands—like an Amazon delivery problem.

I don't read any reviews, not even the good ones, except ones from respected professional reviewers. To paraphrase Ashley Judd, I have decided that other people's opinion of my work is none of my business.

I agree with Grace--readers bring preconceptions and emotional baggage to a review. If the protagonist reminds them of a bullying teacher (or worse) or the plot touches upon a traumatic situation, they're going to write a negative review.

Well said, Warren. I have mixed feelings about reviews and I'm fascinated that readers claim not to be influenced by reviews at all, but Amazon algorithms are allegedly based on them. It's a tooth-grinding situation. I've had my share of bad reviews and good reviews. I prefer the good one.

No book is going to please everyone, and any book that aims at that is likely to be insipid & bland.

When I'm thinking about buying a book, I always read the bad reviews first, and frequently discover that the things people are complaining about don't bother me. In fact, sometimes they seem to be an asset in my mind.