In this sequel to DEATH LEGACY, New York, psychiatrist Dr. Daniel Reiner is contacted by a woman who claims she was married to his father after his mother's death and his father's disappearance from his life. Tiffany Tyler asks Daniel to take charge of the girl she claims to be his half-sister. But when Daniel tries to make contact, it seems the girl has disappeared.
Daniel wants to hire Michelle Hallam to help him investigate the situation in Las Vegas, Nevada. Michelle's deceased uncle, a former British intelligence agent, operated an international "consulting firm" which she now runs. Michelle and Daniel share some past history as well as a strong physical attraction but Michelle remains wary of him. Daniel has a friendly, warm personality, and urban wit in contrast to Michelle's outward façade of cool cynicism. Things become complicated and heated in Las Vegas, involving Michelle and Daniel in intrigue, romance and murder. This fast-paced novel combines elements of suspense thriller, mystery and romance.
Amazon.com 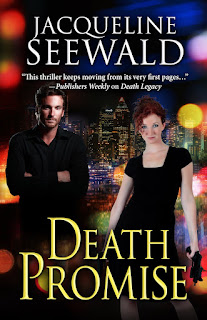 Death Promise by Jacqueline Seewald is a concisely written and well plotted novel. It is part romance, part suspense, but it would be categorized by writers as a dangerous novel.

Dangerous novels show events that create risk to the main characters, have a fast pace due to a life-threatening urgency, and are action packed. Though there is little backstory, Death Promise is the sequel to a previous book, Death Legacy. Read it first to discover the main characters’ history.

The main characters, Dr. Daniel Reiner, a psychiatrist, and Michelle Hallam, an intelligence consultant, team up to help a young woman, who is possibly Daniel’s half-sister. Mostly set in Las Vegas, the two encounter the seamier side of the city in their quest to find and protect his sibling. Warning: This novel contains sex and violence.

Daniel Reiner was raised by his late mother’s parents. He didn’t know his father so when he is informed that his father died, he doesn’t feel a thing. What compels him to seek out and protect a young woman, who could be his half-sister?

Daniel is a moral person and feels a sense of obligation. Also, he might tell himself he feels nothing in regard to his father, but, in reality, he clearly felt a double sense of loss, first his mother’s death and then his father’s abandonment.

“His years of training in the field of psychiatry taught him to think analytically without a lot of emotional baggage.” (Kindle Loc. 64) But when he thinks about Michelle, he does the exact opposite. Why?

Daniel is attracted to Michelle. Emotions aren’t always logical even for a psychiatrist.

They are very different people. Bertram feels protective toward Michelle. His gut instinct is that Daniel isn’t the right man for her.

Michelle has an awareness of being watched or followed. Does she have a sixth sense?

Unlike Kim Reynolds who is the main character in The Bad Wife and has her own mystery series, Michelle Hallam has no paranormal abilities, but Michelle was been well-trained by her uncle and has honed instincts.

Is there such a thing as a taser app for cell phones?

I admit I made that up. Maybe someone will invent it in the future. Technology is amazing and moving forward rapidly. 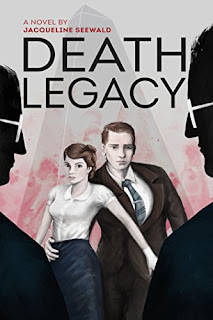 Once in Las Vegas, Michelle goes to a pawn shop to buy weapons. Does Nevada have a waiting period for security checks before weapons can be obtained?

East and West are very different in this regard. Nevada does not ban “assault weapons” and there is no magazine capacity limit. There are no purchase permits, gun registration, or gun-owner licensing. Blue cards are no longer required. There is no waiting period mandated for firearm purchases and private gun sales are okay.

So saying, after the mass shooting at Mandalay Bay on October 1, 2017, I expect the laws to soon change.

What does the word “wetwork” mean?

What does the phrase “Honor bright” mean?

Telling the truth. Taking an oath of honesty as in the Girl Scouts or Boy Scouts.

What are “black ops?”

Black ops are secret military activities, especially illegal ones, ordered by a government or organization, but ones they will not admit to having funded.

When Michelle is cut during a fight, Daniel stitches her arm. Did he give her a local anesthetic?

Michelle doesn’t require it. She prides herself on being strong and tough.

“The Russians spy on us plenty and hack into our so-called safe classified networks. Then they get irate when it happens to them in return.” (Kindle Loc. 944) Does back and forth hacking occur?

My impression is that it does. Of course, that’s opinion and conjecture.

Is Binion’s Horseshoe a real gambling establishment in Las Vegas?

Binion’s is now owned by Harrah’s. The history of Binion’s is actually quite fascinating. It was a true Wild West establishment with a colorful owner. The murder case connected with Binion’s would make a fascinating book in itself.

Absolutely!  They believe in luck as well as skill.

It’s unique. If you visit LV, go downtown in the evening. It’s free to everyone--
like so many of the shows available to tourists courtesy of the hotels.

Why does Michelle do most of the driving in Las Vegas?

Michelle needs to feel in charge and in control.

Patricia, a wealthy widow, and her son, Simon, are interesting characters. I wasn’t so sure if they were the good guys or the bad. Why is Patricia so prickly?

They are complex characters and full of surprises. The reader will need to decide if they are good people or not. As to Patricia, she has a past that she doesn’t want known by her son.

In gambling, what is a whale?

A “whale” is what the casino owners want in their establishments. These are the high rollers who spend a fortune gambling.

For Michelle and Daniel, it does, just as it will in most real, working relationships.

You write in different genres, Jacqueline. What is your favorite to write? To read?

I believe in diversity as both a writer and a reader. I read and write fiction, nonfiction, poetry and plays. Of course, I always enjoy reading and writing mysteries like Death Promise. 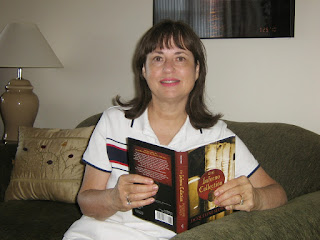 Compelling characters and a great plot are a winning combination. On my list!

A fast paced novel with unique characters. Read the first book before this one. Thanks for the interview, Jacqueline.

I'm putting on my list to order, too. It sounds fascinating.

Thanks for stopping by. I hope you do read Death Promise. I'd love to have your input.

Thanks so much for inviting me. I enjoyed doing the interview with you and appreciate your incisive questions and close reading of Death Promise.

I appreciate your comments as well.

I hope you read and enjoy Death Promise!

Hi Jacquie, good to see you here, this sounds like a great read - can't wait to dig in!

I love Los Vegas (in small doses) and it would definitely make a good background for a book like this!

The light show is one of the best parts.

Thank you, Kait. I hope you enjoy the novel!

I've visited LV on numerous occasions over the years. I thought it would make a perfect setting for a mystery thriller.

Loved this interview. It's fun to learn little details, and the book sounds terrific. Good luck with it, Jacquie!

Wonderful interview. Good questions/good answers. Darn, another book to add to my TBR pile. Thanks, Jacquie.

Thanks for your support!

Glad you enjoyed the interview! Hope you do read the book.

Great questions and answers! I knew the taser app wasn’t a real thing when I read it, but love the creativite license used. I liked this fast paced story set mostly in Las Vegas. It’s a great city for a few days of fun!

I love all those details about Las Vegas and gambling--sounds like a terrific novel. I've driven through it a couple of times but never stayed. Maybe I should.

I think Las Vegas is a very exciting city. It's not just for gamblers anymore. There's so much going on from restaurants to theater. It seemed like a perfect setting for a mystery thriller with a bit of romance.

Thanks so much for reviewing Death Promise and for your close reading of the novel and the interview!

I enjoyed this. I love this blogspot and saw your e-mail on the Yahoo BOB Authors group. Very good interview. Thorough and interesting.