Reading as Escape and Relief 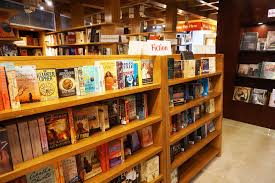 [Linda is suffering from severe chronic pain at the moment and decided to re-post a blog from The Stiletto Gang blog (http://stilettogang.blogspot.com) last February that discusses how helpful good genre fiction is when we're suffering from anything.]


Like many people, I wake in the morning dreading the new horrors the day will bring us from Washington, DC. Last week, I actually had to go to DC for a conference, and while there, I picked up some nasty respiratory bug. So I'm home now, in pain, exhausted, and weak from the long drive to DC and back, as well as the strains of getting around a massive conference in a huge and inaccessible conference center, and miserable with fever, coughing, and inability to breathe. I'm in no shape to read about more outrages against the Constitution and our entire democratic system. So I've been turning away from the media and all news.

Instead I've picked up a novel on my tottering TBR pile and spent the day pampering myself while I read that book. For a span of hours, I lived in another reality altogether, one as grim in some ways but with amazing adventures and fascinating backgrounds that took me completely out of my sinus-infected, exhausted, and in-considerable-pain self and the democracy-under-attack world we're living in at present. For that span of hours, I found relief from pain, illness, and the depression that Cheeto Hitler's accession to power has brought to the entire civilized world.

I think we tend to forget that novels can offer a kind of medicine to us, a remedy for the unpleasantness and despair of politics and welcome relief from pain and sickness. We often hear genre novels dismissed with the term, “mere escape.” But there's nothing mere about escape when it lifts you out of overwhelming grief or unbearable pain or the miseries of acute and chronic illnesses. At such times, escape can be a true lifesaver, allowing rest and healing to take place when both had seemed impossible.

So I don't want to hear any more cracks about the escapism of genre novels. Escape in times of trouble, even temporary escape, can truly be just what's needed. If my novels provide someone with a few hours' escape from great pain or fear or grief or stress, I will be happy to have provided those hours of relief to my readers.

Linda Rodriguez's Plotting the Character-Driven Novel, based on her popular workshop, and The World Is One Place: Native American Poets Visit the Middle East, an anthology she co-edited, are her newest books. Dark Sister: Poems will be published in February, 2018. Every Family Doubt, her fourth mystery novel featuring Cherokee campus police chief, Skeet Bannion, will appear in August, 2018, and Revising the Character-Driven Novel will be published in November, 2018. Her three earlier Skeet novels—Every Hidden Fear, Every Broken Trust, and Every Last Secret—and her books of poetry—Skin Hunger and Heart's Migration—have received critical recognition and awards, such as St. Martin's Press/Malice Domestic Best First Novel, International Latino Book Award, Latina Book Club Best Book of 2014, Midwest Voices & Visions, Elvira Cordero Cisneros Award, Thorpe Menn Award, and Ragdale and Macondo fellowships. Her short story, “The Good Neighbor,” published in the anthology, Kansas City Noir, has been optioned for film.

Feel better, Linda. When I was recovering from surgery I read the entire Cat Who series by Lilian Jackson Braun. This was before e-books. It was just when the doctor ordered. Light and entertaining.

Hope you are feeling better, Linda. Like you, I find relief in a good book. Every time I go for a mammogram and I have to wait for the results (which haven't always been favorable), I take an upbeat book to take my mind off my worries. At night when I can't sleep, I listen to recorded books using head phones so that I don't disturb my husband. The books keep my thoughts from straying to things that will keep me awake and lull me into sleep. I don't know what I would do without a good book to rescue me.

Yikes, I can't imagine being that sick at a conference...that must've been so hard. Hope you feel better soon, Linda! And this is so true. I wouldn't have survived this past year of our government nightmare & personal health issues without escaping into some great mysteries and suspense. Books truly are medicine for the soul.

Feel better! I have a shelf of self-medicating books I read during my annual head cold.

Linda, I think not only the depressing news but the awful up and down weather is hard on us. I belong to two book clubs and find they introduce me to books I might not have read otherwise, but even before I joined the book clubs after retiring I was always reading a book. This past year I read 90 books. I post them in the back covers of my journal to eep track of them along with a few words on what I thought of the book. I always have one or two books I'm reading by my downstairs nesting chair and another one on my night stand by my bed. Yes, I can read more than one book at a time without getting confused. I hope you're soon feeling better.

Reading is a great coping mechanism. I always have many more books on my TBR list than I can ever read.

Kait, that series would be perfect.

You're so right, Grace. When we're i bad straits, books rescue us.

Gloria, you're a very methodical reader.

Usually when I'm feeling stressed I pull out books of humorous essays or reread favorite novels. A year ago November when my sister was dying, I found that didn't work for me. I needed something to distract me. Reading something familiar didn't require a lot of brain power, and therefore was not distracting me from my worries.. I always had my Kindle with me so I looked into book recommendations. I started reading a mystery series by an author whose books I had always avoided because they sounded too gritty. Well, they held my attention! I skipped a lot of the more gruesome details, but kept going on to the next book in the series and the next and the next. My sister was sleeping for much of the time and so I had a lot of reading time. I hated one of the two protagonists in the series but kept on reading, partly hoping to see if the character would mellow. My sister died at the end of the month, and I stopped reading the series. But I missed the characters, even the one I hated! So I picked up where I left off, and have now read every book in that series and am waiting impatiently for the next one. (And the character I hated has mellowed over the course of the series.) I've begun to think of the author as someone who kept me sane through a difficult period in my life.

Feel better. Nothing worse than feeling too bad to even read—it is much needed medicine

DebRo, that's exactly the kind of thing I'm talking about. There are certain books I will always be fond of because they helped me through dark, difficult times.

Carla, I was there today. There was a glitch in getting my steroids, and my pain got so bad that I couldn't bear my reading glasses even touching me, so couldn't read. Thank Godiva for Netflix today and Grace and Frankie. (Fortunately, meds have now arrived, and I finally have real relief--and can put my reading glasses on again.)