An Interview with the 2016 Agatha Nominees for Best First Novel

Marla Cooper, Alexia Gordon, Cynthia Kuhn, Nadine Nettmann, and Renee Patrick (the pseudonym of married authors Rosemarie and Vince Keenan) are enjoying having their debut novels celebrated this year at Malice Domestic. We are so pleased to welcome them to WRITERS WHO KILL to tell us about their work. Thanks so much to Marla, Alexia, Cynthia, Nadine, and Rosemarie and Vince, and best wishes!—Paula Gail Benson 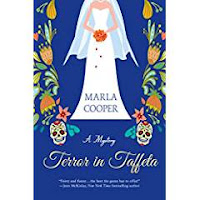 Marla Cooper, author of Terror in Taffeta (Minotaur Books)
I recently ran across a notebook that contained about 100 pages of my first attempt at a novel about an ill-fated road trip. I think I knew deep down that the world did not in any way need this book to exist, so I abandoned it. (I can’t wait to pour myself a glass of wine one night and see what 24-year-old me thought would be entertaining.) I actually didn’t try my hand at fiction again until I sat down to write TERROR IN TAFFETA. In between the two I wrote — well, a little bit of everything. But the novel was the first thing that I ever wrote that was 100% me. No creative brief, no template, no editorial guidelines, no client. It was just for fun — and I loved every minute of it!

Alexia Gordon, author of Murder in G Major (Henery Press)
Murder in G Major is, actually, the first novel I finished. I recently moved from TX to IL and, while packing, uncovered crates--crates--of previous attempts at novels, ranging from not-quite-finished to barely started to just a couple of ideas jotted on a scrap of paper. I also discovered countless notebooks and photocopied handouts from equally countless writer’s workshops and classes I’ve taken over the years. The program that worked for me was SMU’s The Writer’s Path. Thanks to awesome instructors and supportive classmates, I stuck with the program long enough to finish what I’d started.

Cynthia Kuhn, author of The Semester of Our Discontent (Henery Press)
Like Marla, I was 24 when I attempted my first novel, a romance that opened with four friends meeting for a lunch, during which it was announced that there would be a wedding the same day. Yet the more I typed (this was before everyone had computers), the longer the lunch went on. Eventually I had 50 pages of women lunching and no surprise wedding in sight. One day, the typewriter ribbon ran out, and I felt that it was a sign from the universe—a metaphor for the novel somehow. I immediately stopped working on that book, applied to grad school, and didn’t try again until years later (after publishing poems, short stories, essays, and scholarly studies.)

Nadine Nettmann, author of Decanting a Murder (Midnight Ink)
Decanting a Murder was my fifth book so there are four practice novels that will stay in the drawer, though one might emerge eventually. I could say that the fifth time was the charm, but there are a few more numbers to my journey as not only did it take me five books, it also took ten years, and 421 queries. And a few bottles of wine …

Renee Patrick (Rosemarie and Vince Keenan), author of Design for Dying (Forge)
For Rosemarie, it was a minor career as a poet, albeit one that coincided with repeated triumphs in the field of institutional emails. (Her July 12, 2011 composition “RE: Re: Truck Exhaust to Blame for Emergency Building Evacuation” is quoted to this day.) As for Vince, he composed a series of award-winning phone sex ads and several unproduced screenplays by his lonesome. It took their combined brainpower and several pitchers of cocktails to come up with an idea that worked.

Marla Cooper is the author of Terror in Taffeta, an Agatha and Lefty nominee for Best First Mystery and book one in the Kelsey McKenna Destination Wedding Mysteries. Her second book, Dying on the Vine, is set in the California wine country and comes out April 4. As a freelance writer, Marla has written all sorts of things, from advertising copy to travel guidebooks to the occasional haiku, and it was while ghostwriting a guide to destination weddings that she found inspiration for her series. Originally hailing from Texas, Marla lives in Oakland, California, with her husband and her polydactyl tuxedo cat. Learn more at www.marla-cooper.com. 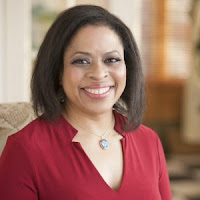 Alexia Gordon has been a writer since childhood. She continued writing through college but put literary endeavors on hold to finish medical school and Family Medicine residency training. Medical career established, she returned to writing fiction. She completed SMU's Writer’s Path program in Dallas, Texas. Henery Press published her first novel, Murder in G Major, book one of the Gethsemane Brown mysteries, in September 2016. Book two, Death in D Minor, premiers July 2017. A member of Sisters in Crime, Mystery Writers of America, International Thriller Writers, and the Writers’ League of Texas, she listens to classical music, drinks whiskey, and blogs at www.missdemeanors.com. AlexiaGordon.net

Cynthia Kuhn writes the Lila Maclean Academic Mystery series, which includes The Semester of Our Discontent and The Art of Vanishing. She is professor of English at MSU Denver and serves as president of Sisters in Crime-Colorado. For more information, please visit cynthiakuhn.net.

Nadine Nettmann, a Certified Sommelier through the Court of Master Sommeliers, is always on the lookout for great wines and the stories behind them. She has visited wine regions around the world, from France to Chile to South Africa, but chose Napa Valley as the setting for her debut novel, Decanting a Murder. The next book in the Sommelier Mystery Series, Uncorking a Lie, releases in May 2017. Chapters are paired with wine recommendations. NadineNettmann.com

Renee Patrick is the pseudonym of married authors Rosemarie and Vince Keenan. Rosemarie is a research administrator and a poet. Vince is a screenwriter and a journalist. Both native New Yorkers, they currently live in Seattle, Washington.
Posted by Paula Gail Benson at 12:00 AM

Congratulations to all and welcome to Writers Who Kill. Loved reading about your journeys to publication and look forward to reading your books!

Congratulations. Thanks for sharing your stories. I hope many more novels will follow your first.

I've been enjoying the blog tour that these finalists have been on--and this stop proves lots of fun. Enjoy the humor so many of them bring to these answers, and looking forward to seeing them all in person in a couple of weeks. Less, yikes!

Thanks for introducing us to these wonderful authors. I hope to meet some of them at Malice!

Thanks for this blog, I'll have to look for them and their books at Malice.

Thanks so much for having us on the blog today!

I enjoyed your stories and look forward to reading your books.

Thank you so much for hosting us!

So glad you all could stop by to visit! I'm enjoying reading your novels and looking forward to seeing you all at Malice.

So much wonderful writing here - you all are making the voting at Malice very difficult. Best wishes to you all.

Thank you very much for hosting us--we're so glad to be here.

Looking forward to seeing everyone at Malice!