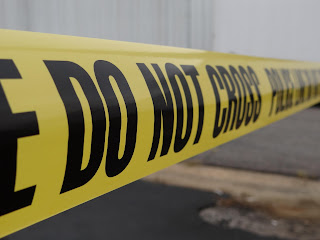 First published in 1925 Inspector French’s Greatest Case was written by Freeman Wills Crofts.  He was one of the novelists who made the time between the world wars the “Golden Age” of mystery writing.  I have to admit I had never heard of him until recently when I developed more of an interest in that time period.

Inspector French’s Greatest Case was his introduction of Crofts’ most famous detective.  The novel is tightly and intricately plotted.  It plays fair, but includes surprises and unexpected twists.  It reminded me of the rigors of international travel in the 1920s.

I was also struck by the differences between depictions of the social classes.  Crofts used members of the working class to introduce elements of humor to relieve the tension of French’s dogged pursuit of the criminals.  Constables and sergeants lacked the quick intelligence of the inspector.  The author contrasted their plodding style of investigation with the rapid response of the main character to new clues.  I admit I may be noticing it more in this novel since I have been reading Golden Age mysteries.

Inspector French liked members of the lower ranks of the police.  He did not embarrass them or hold them up for ridicule.  He was described as a kind person.  Evidently the author wrote for an educated audience who shared his mind set about class differences.

It makes me wonder what future readers will say about popular literature of today.

I thoroughly enjoyed the novel and I recommend it.  The author was able to add interest and color to what in less skilled hands would have been lengthy accounts of what clues did not did not help the investigation.  He was able to show the failures and successes that added up to a successful result.
Posted by Warren Bull at 12:00 AM

Fiction in general is a wonderful glimpse into the morals and mores of times gone by. I would like to think that the class structure in the US was less tightly drawn than that in Europe (after all, we lacked hereditary ranking), but listening to the stories and reading even Nancy Drew (the originals-not the rewrites) tell me things were little different in the US at the time.

I do wonder how we, and our books, will appear to readers 50 years from now.

I often wonder, too, what people will think of today's crime fiction. I suppose we'll find out in a few decades.

Thanks for sharing your insights into these books with us.

Actually, I was just thinking about your aside - what will future readers think of the thrillers of today? Even looking back 10-20 years, I find myself re-evaluating some of the highly regarded books of that time period.

Warren, another book to be added to my TBR list. Since I loved Dorothy Sayers and other writers of that time, I think I'd like this author, too. Was this the first in a series?

It was the first of a series with the inspector as the main character.

I read a lot of Crofts's books back in the 1970s. He was an engineer and believed in treating the fictional crime as he would any other technical problem. Everything he describes is accurate in the real world. Some readers today find his works dull but I think he was a good example of the intelligence that could be expected of reader and writer. One of my favorites of his is The Pit-Prop Syndicate. Thanks for bringing back some of the lesser known authors.