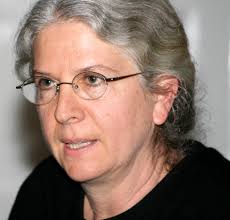 I entered college as a non-traditional student in my early forties in 1981. More than one professor mentioned I wrote like Dorothy Day, someone I’d never heard of. After I graduated I bought a book about her, The Dorothy Day Book edited by Margaret Quigley & Michael Garvey. On the flyleaf they wrote about her as an activist for women’s rights, an anti-war activist, one who worked for social causes, and was a journalist. But one of the things that  fascinated me was her love of books and her wide reading. She read Pascal, Tolstoy, C.K. Chesterton, the lives of the saints, Murray Kempton, Charles Dickens, Henry Miller, D.H. Lawrence, Thoreau, garden columns and any travel books she could get her hands on. She also read back issues of the Wall Street Journal, and the Christian Science Monitor. 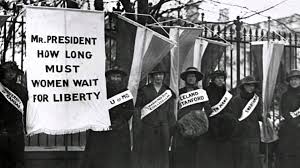 She was a writer, editor, and social reformer born on November 8, 1897, in New York City. Day was a radical during her time, working for such social causes as pacifism and women’s suffrage. She was the third of five children, and her father worked as a journalist. The family moved to California for his job when she was six years old. Later they lived in Chicago. 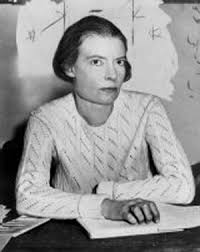 Dorothy was a bright student, who was accepted to the University of Illinois. She was enrolled there from 1914 to 1916, but then abandoned her studies to move to New York City. It was there that she became involved with a literary and liberal crowd in the Greenwich Village neighborhood. Playwright Eugene O’Neill was one of her friends at the time. Day worked as a journalist, writing for several socialist and progressive publications in the 1910s and ‘20s. She interviewed a number of interesting public figures, including Leon Trotsky. 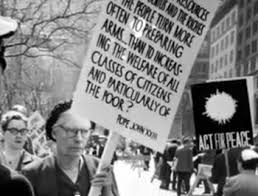 Socially and politically active, Day was arrested several times for her involvement in protests. She even went on a hunger strike after being jailed for protesting in front of the White House in 1917 as part of an effort to secure the right to vote for women.

Her personal life was often in turmoil. She was involved with writer Lionel Moise for a time, and later married a literary promoter named Berkeley Tobey, with whom she toured Europe, but they separated within a year.

Using her experiences as a progressive activist and an artistic bohemian, Day wrote The Eleventh Virgin, a novel published in 1924. Around this time, she married Forster Batterham, a biologist and anarchist. After they welcomed a daughter named Tamar Teresa, Day had the child baptized at a Catholic church – a decision that started her on the path to her spiritual awakening. In late 1927 she converted to Catholicism.

Dorothy Day met Peter Maurin, a French immigrant and former Christian Brother, in 1932. The following year, they founded The Catholic Worker, a newspaper that promoted Catholic teachings and examined societal issues. The publication became very successful and spawned the Catholic Worker Movement, which followed its religious principles to tackle issues of social justice. As part of the movement’s belief in hospitality, Day helped establish special homes to help those in need. 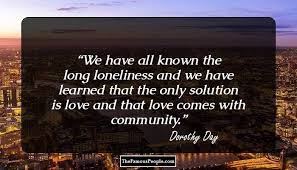 In addition to her writing for The Catholic Worker, she also penned several autobiographical works. She explained her religious conversion in 1938’s From Union Square to Rome, writing the book as a letter to her brother, an ardent communist. In 1952, she released her second autobiography, The Long Loneliness. 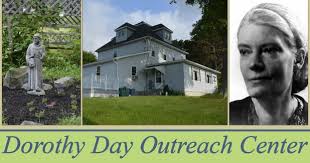 Dorothy Day dedicated much of her life in service to her socialist beliefs and her adopted faith. She died on November 19, 1980, in New York City, at Maryhouse – one of the Catholic settlement houses she had helped establish. The movement she created continues to thrive to this day with more than 200 communities across the United States and another 28 communities abroad.

Over the years, her life story has been the subject of numerous books and films. In 1996, Moira Kelly played her in the movie Entertaining Angels: The Dorothy Day Story. Martin Sheen portrayed her Catholic Worker co-founder, Peter Maurin, in the film. Day was also the subject of the 2006 documentary, Dorothy Day: Don’t Call Me a Saint. Despite that documentary’s title, many people have proposed that Day be named a saint for her social activism and commitment to her faith. In 2015, Pope Francis called her out as one of “four great Americans,” along with Abraham Lincoln, Martin Luther King Jr., and Thomas Merton. Except for the first paragraph, the above information came from: http://www.biography.com/people/dorothy-day-9268575/

Following are a few of her own thoughts that she added in addition to quotes of other authors in the book I mentioned in the first paragraph, The Dorothy Day Book: A Selection From Her Writings and Readings.

This morning to ward off the noise I have my radio on – Berlioz, Schubert, Chopin, etc. It is not a distraction. As St. Theresa of Avila said as she grabbed her castanets and started to dance during the hour of recreation in her unheated convent, “One must do something to make life bearable!” (This touched me because I enjoy listening to music, too.)

The books will always be there. If we give up many other distractions, we can always turn to them. We can browse among the millions of words written and often just what we find can nourish us, enlighten us, and strengthen us.  (So true!) 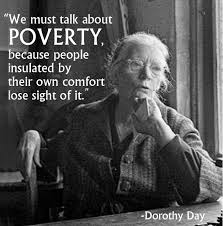 I don’t remember the time when I was not writing a book. (True for me for the last ten years.)

“Let us be kind and orderly” one of the Negro leaders (of the fledgling southern civil rights movement) said, according to the radio one morning, and those words were infinitely touching . . “Be kind,” Ruysbroek wrote. “Be kind, be kind, and you will soon be saints.” Kindness is the outward expression of the heart, and is anything but a mild virtue. In these cases it is heroic.
“A kind person is one who acknowledges his kinship with other men and acts upon it, confesses that he owes to them as one blood with himself the debt of love,” wrote Richard Trench. (In today’s nasty political environment, wouldn’t it be nice if kindness was practiced more?)

Her book was full of great thoughts and wisdom from numerous writers and Dorothy Day’s own deep thoughts. She was a brilliant and brave woman, and humble, too, because she didn’t think she deserved sainthood even though she worked all her life for the poor and downtrodden. 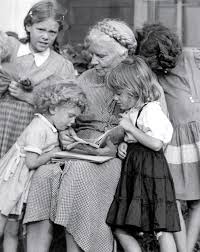 What did you know of Dorothy Day?

What other person from history have you admired?

I was a regular reader of Catholic Worker when I was in graduate school. What a wonderful compliment to be told you write like her.

I knew the name Dorothy Day and would have said she was a social activist. I did not recall the details, nor did I recall that she had lived until 1980.

Those interested in learning more about Dorothy Day and the Catholic Worker movement are welcome to consult the CW Archives at Marquette University (http://www.marquette.edu/library/archives/day.shtml).

I had heard of Dorothy Day. Thanks for telling us about her.

KB, I had never heard of her until I entered college, and later bought her book. You must have been in graduate school in the 60's when all the protesting was going on.

Jim, I didn't know those things, either, and didn't get around to reading her book until fairly recently.

Phil, I'll have to check that out.

Warren, I'm glad you liked reading about her.

What a fascinating woman! I had heard of her, but did not realize the complex path she took through life, nor that she had lived until 1980. Her comment about kindness touched me. What a different world it would be if more people took that to heart.

Years ago I had heard of Dorothy Day and learned even more after picking up a copy of Paul Elie's book, "The Life You Save May be Your Own," which explores the shared experiences of Day, Thomas Merton, Flannery O'Connor, and Walker Percy.

Shari, I agree especially with what is being spouted on the campaign trail.

Donna, that sounds like a fascinating book. I know I took a college class on Flannery O'Conner and one on Walker Percy, too. I'll have to see if I can find that book by Paul Elie.

I remember reading references to Dorothy Day, but never knew much about her. Thank you for a fascinating overview, particularly when O'Connor and Percy shared her experiences.

She voted in 1920 (I think it was) and every election thereafter until her death at the age of 104.

Amazing. I was familiar with the name Dorothy Day, recognized it as soon as I saw it, but after the recognition, I drew a blank. I was living in NY during her time so that may be the connection, all I know is I associate her with an activist. I am sorry she is gone. What a wonderful post, Gloria.

Margaret, like you I knew very little about her before reading her book, and learned even more about her when I Googled her.

KM, how interesting that your grandmother voted for her. One of my grandmothers never talked about voting. She was a farmer's wife and I don't think was involved in anything that was political, and the other one died when I was only five years old. During the 20s she was raising a large family in a coal mining town.

Thanks, Kait. Like you, I wish I'd known more about her before she died, but I don't think much was written about her in the local pages, and it was in the years before I discovered NPR. I know I followed the peace protests during the 60's, at least and even marched in onw once.