Characterization in Just a Few Words 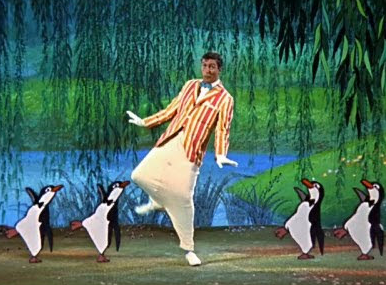 So, I haven’t talked about it here, but I’m due with a baby this month (in fact, I may have already had her—the perks of working ahead!). After this post, the lovely Kait Carson will cover for me for a few weeks while I become acclimated to having a second little person around, running my life.

Anyhow, the thing with being pregnant is that it seems to be a condition wherein you not only grow another human being but you also weather some of the strangest comments you’ll ever receive in your life.

The first time around, it was the birth horror stories—I’ll spare you a recounting of all the tales of woe I heard. This time, the theme seems to be quite the mixture of random comments about how “good” I look, that actually make me wonder how “bad” I look normally. Also, sometimes, I’ll get unsolicited musings on parenthood (“Girls are just great until they turn thirteen. Then they’re automatically gremlins.”) or a comment about how far apart my kids are (“That’s quite a gap!” they say about the five-and-a-half years).

I realize that sometimes people just don’t know what to say, but they think they have to make a comment. And that seems to usually result in a certain brand of uncensored thought that can tell you quite a bit about the person in the space of a few small words.

This was the case with a certain coworker who mentioned the other day that I was waddling. He caught me away from my desk and wanted to hand me something “as you walk by” and then, for no reason whatsoever, amended that statement with “as you waddle by.”

Not exactly someone who is nine months’ pregnant wants to hear. I mean, I’ve made waddling jokes, of course, but unless I say it first, I don’t think anyone else should point out that I’ve achieved the penguin stage of pregnancy.

I was so flustered, I just said, “Yes, as I waddle by” and took the papers. By the time I returned to my desk, I was so livid, I ended up tweeting about it. Still mad, I went to the girl who sits next to me and vented to her, and, without me even mentioning the person’s name, she knew exactly who had said it.

How’s that for instant characterization?

As I became a bit less mad, I thought about how she was able to pick out in a single try who among our 200 coworkers had said that to me. My conclusion: The comment went to the very heart of his character.

As a writer, that’s something we always hope for—to create a character so unique he or she is recognizable in the space of four words. In real life? I suppose it’s a double-edge sword.

What do you think makes your characters instantly recognizable?

P.S. Oh, and don’t worry, I’ll update or comment on this post to let you know if I’m still waddling around or not.
Posted by Sarah Henning at 12:00 AM

Thank you, Sarah!!! What a marvelous lesson in characterization. You've given me something to examine my characters for.

Now to the even more important. Best wishes, prayers, and thoughts to you and your family.
Having raised just one daughter, my advice to you? You will know best, trust yourself. There are no general rules. As you already know, there's just your special family and how you love each other.

Description is one place where the movies have it so over novelists. A picture can be worth a thousand words. However,we writers allow our readers to add to our writing because our few words allow each reader to paint their own unique picture.

I'd love to be able to encapsulate a character within an anecdote. Most of my characters haven't known each other very long (something I'll have to think about) so impressions have to make do. The quick characterizations I like the best are memories that epitomize the character, like a memory of a greedy child grabbing something from another child, who then does something similar as an adult, as in a leopard doesn't change its spots.

Everything I'm sure will go well in delivery and bringing home baby girl. My kids were in the same birth order. I stopped after that. I figured I'd lucked out with a healthy boy and girl. Good luck, and drop us a line!

Sarah, good story. I think I can beat that with my mother-in[-law coming to our house just after my son died in my arms and had already left. The first thing she asked was "How many breaths did he take." She's been long gone now, except she's a nosy character in my books who looks like her and asks outrageous questions. So I'm expecting to use this guy in some unflattering way in your works.

Wishing you much joy with your newest little one.

I have a feeling that we'll be seeing "waddling" guy in one of your novels…as the victim, perhaps?
Hope you can put your feet up (as much as possible with a five-year-old) and rest. Best wishes as you welcome another source of joy into your life. Keep us posted!

Great discussion about characterization, folks! I probably won't ever kill off this guy in a book, but I'll definitely think of him when I need a character who puts his foot in his mouth to a fault.

And thanks for all the baby wishes! Still no baby. She's already distinguishing herself from her brother in that she's currently 10 days behind where he was. He was early and in a hurry. Guess she won't be that way! Hopefully right on time and chilled out.

Also: Gloria, that is HORRIBLE. I probably would've punched her.

My two are five and a half years apart. It worked out well. I think pretty much any span does--you just have to go with the flow. And you can't generalize. I had one girl who had an easy teen-hood, and one whose difficult teen-hood started before age 10. Sometimes I think she reverts to that stage half the time when I talk to her.

You can't let the things that insensitive (or mean--but I prefer to think better of everybody & just decide they are insensitive) say bother you. So what?

Good luck, and enjoy your new little one. The time goes by so fast.