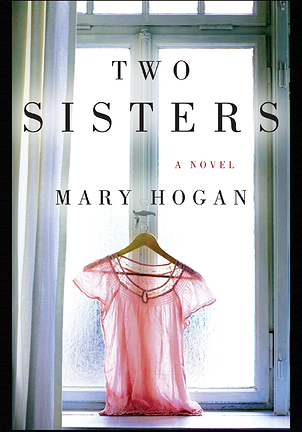 Because I’m a beach person, Coastal Living Magazine has become a fixture in my home. It contained an article on great beach reads, which I read, jotting down titles. Mary Hogan’s Two Sisters was among those books recommended. I picked up a copy and couldn’t put it down. Although the title conveys that the plot focuses on the relationship between two sisters, the entire dysfunctional family becomes Mary’s fodder.

Thanks, E.B. Great to meet you. I’ve always wanted to be a beach person. In fact, I grew up near Malibu and my three brothers were surfers. I sprayed Sun-In in my hair to lighten it and slathered myself in baby oil. But sun doesn’t like me. It turns me into a lobster-colored grump. Not pretty.

Would you give our readers a condensed synopsis of the plot?

Though the title is TWO SISTERS, this novel is really about a family…a family with a lot of secrets. These secrets unravel the relationships. Muriel, the main character, is stuck in the muck of it all. She knows a lot, but can never tell…

After writing many successful YA novels, why an adult novel? 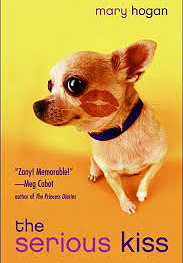 Curiously, I never thought I was writing YA when I first started. THE SERIOUS KISS is about a family, too. Only the story is told through the eyes of a 14-year-old girl, Libby. The first line of this novel is, “My father drinks too much and my mother eats too much which pretty much explains why I am the way I am.”

The only way I discovered I had written a “YA” novel was when I was rejected by agents. I would read rejection letters which stated, “I don’t handle YA.” I thought, “What is YAH?” Seriously, I was clueless. Once I discovered the genre, I studied it and loved it. There are a lot of great YA books out there! I wanted to be part of that crowd.

After 7 YA novels, though, I figured I had humiliated my parents enough. Time to move on to other family members. haha

Your story in Two Sisters shows the inequities parents create between siblings. Do you think this is a common family problem?

I come from a family of five kids. Each one of us would say that our parents loved one of our siblings more. haha

Growing up, I was always aware that some familial connections felt more natural than others. Like, they were on the same wave length. I don’t have children myself, but I imagine it must be easier to raise a child who is like you in thought and disposition.

I never believed my parents when they said they loved us all equally. More likely, I think my parents loved the parts of us they could relate to, and were baffled by the rest.

Was there a catalyst for the plot or main character of this novel? How did it come about? 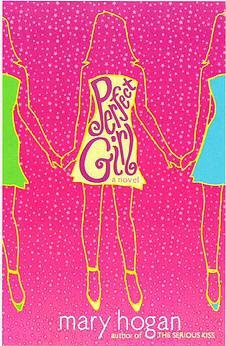 Actually, the horrible truth of it is that I began TWO SISTERS two weeks after my only sister died unexpectedly. She’d had cancer, but I was never worried about her because she always told me she was fine. She didn’t want anyone to know how bad it was. Secrets. It’s in my family’s DNA.

Writing TWO SISTERS was, in part, a grieving process for me. I needed to understand what had gone wrong between my sister and me. I needed to forgive myself for not noticing how sick she was and insisting she talk to me.

In many instances, you show how religion plays a negative role in the family. I agree with you, but many people would disagree. Have you received negative feedback due to this portrayal?

I was nervous about that, but honestly, most of my readers have been open to the religious message I was trying to convey: Love, forgiveness, acceptance…these are the true qualities of “godliness”. In the world, I’ve seen too many people hide behind “GOD” as a way to act abominably. For me, being kind to one another trumps showing up at church every Sunday.

Is there a positive aspect of religion that contributes to child development?

Absolutely. In my opinion, organized religion has lost its way a bit. It’s become too much about “us v. them”. If the focus was more on love in the truest sense of the word—a profound concern for the wellbeing of others—even the playground would be a happier place.

I was raised to view “God” as a punitive figure always watching, waiting for you to slip-up. To sin. If I had children, I would want them to view the world as a place where we are expected to act in a loving manner towards others. To treat others as we would have them treat us. Hey! Isn’t that in the Bible?

I find myself simultaneously being angry and sympathetic to the father in this story. Did you anticipate this reaction to him? 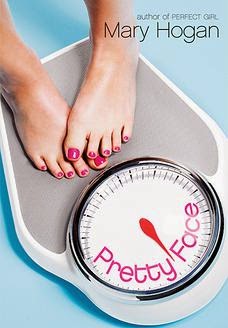 Ah yes, Owen. I hear you, sister. I, too, feel anger and compassion for him. Like some of the other characters, Owen is trapped by the choices he made. And, certainly, Muriel suffers for her father’s choice to put his head down and get through life.

My own dad was a bit like that. Within our family of seven, he lived alone. I understand well the limitations of parents. Not everyone is equipped to handle such a tough job. Owen was in over his head from the start. His happiness turned out to be grasping a tiny bit of family for himself: his son, Logan.

You wrote in third person multiple POV. How did you find this to be the best voice?

Sometimes, voice just happens. In this instance, I wanted to get inside Pia’s head and heart. Particularly in Chapter Twenty-Two which really lays her bare. Muriel was the outsider in her family, so her POV of her sister’s struggles would be inadequate, at best. Pia had to tell her own story…if only to herself. And, of course, the reader gets to peek in, too.

Even though every child wants her parents’ love, I found myself wanting Muriel to seek retribution for herself, to be harder on her mother. But you didn’t. Why?

By far, this is the most frequent comment I get. In fact, a lot of readers are angry that Muriel “forgives” her mother at the end. I never saw it that way. For me, Muriel is finally able to become herself. To shed the past. She doesn’t forgive Lidia as much as she decides to stop letting her mother have power over her. She decides to like herself, instead of hate her mother. Muriel is in control of the relationship now…as little or as much of one as she desires.

While growing up, Pia treats Muriel badly following her mother’s example. Why did Pia never question her mother’s values and stick up for her little sister? 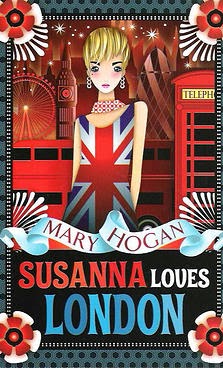 First, eight years separate Pia and Muriel. So, as Pia says, “Muriel was little more than a barnacle on her life.” As the favored child, Pia grew up with a sense of entitlement from the getgo. My vision of her is floating through life while Muriel galumphs after her.

Second, Pia loved her treasured position in the family. Why rock the boat? Or, in her case, the luxury liner. haha

Bonus: Where is your website background, and why the beach and ocean?

I chose the beach background (from the selection in the website builder!) because of the seminal beach scene early in TWO SISTERS. Teaser: That really did happen to me. My sister really did that…though I was a little older, a willing participant, and we all thought it was funny until it really wasn’t.

Some of Mary’s YA cover art accompanies this post. A few of her YA books seem to follow a “perfect” theme, while the “Susanna” books are a series. I hope Mary continues writing adult novels. She admitted to me that she longed to write mysteries . Let’s hope Mary becomes a SinC member. Thanks for the interview, Mary!

What a joy to answer your thoughtful, intelligent questions, E.B.! The pleasure was all mine. My dream is to become a Sister in Crime. I’m in awe of mystery writers. One day, maybe….

Thanks to both of you for an interesting interview. Joining Sisters in Crime is easy and I strongly recommend it.

Two other interesting things to study are the dynamics of family birth order and the effect of social history on families (Italian families versus English, for example).

Mary found out last night that her book was selected as the Goodreads Book Addicts Book Club read for October. I hope this boosts your sales and gives you an even larger readership, Mary!

Welcome to WWK, Mary, and what good news that your book was selected as the Goodreads Book Addicts Book Club read for October.

I was the oldest of five siblings, too, until after I got married and my mom had a surprise pregnancy and my baby brother was born. Yes, the family dynamics in any family with siblings is interesting and can be either positive or negative. Now the five of us still living get along pretty well and those living closest get together for sibling nights with my sister-in-law, the widow of one brother. However, that doesn't mean we don't have our differences.

Thank you Mary and E.B. for the thought-provoking interview about family. TWO SISTERS sounds like an excellent book!

Am I allowed to become a "Sister" just by loving mysteries??? If so, I'm in!

If not for crazy family dynamics, I wouldn't have a career. haha

And, to clarify...I've only been NOMINATED for the October Goodreads Book Addicts book club. I'll need massive voter turnout to win the coveted spot. Hint, hint. Tho it IS an honor to be nominated....

Well no, Mary. Joining is a requirement, but a love of mysteries will get you there. Go to www.sistersincrime.org and hit the join button in the upper right corner. We'll look for you, but in the meantime, write more adult books like Two Sisters. Congratulations on the nomination!

Family dynamics is certainly a rich field for fiction. The stakes are high, the interactions often make no sense to an outsider, and the feelings and emotions can be off the chart.

Thank you for a great interview and an introduction to an author who is new to me.

I just joined "Sisters" and I feel a little naughty. Though I'm a published novelist, my genre is women's fiction. I am only a mystery writer wannabe.
Perhaps this is a case of leaping and the net will appear??
Thank you all for the warm welcome!
Mary Hogan
author of TWO SISTERS

As in any story a three act structure is used. (Some say four acts). The first act presents the set up of the murder and murder, ending with the compelling reason for finding our whodunit (unless it is a police procedural, in which case--it's their job). The second act is the investigation. And the third the culmination and reveal.

There are many ways to plot, some are pantsers who fly by the seat, others use an outline, some a timeline showing precursors the story. There are variations, outlines with storyboards. Suffice it to say that motivation, action, and effect are factors that move the plot. There are many great books on mystery plotting. Look at Chris Roerden or James N. Frey.

You could join SinC and then the Guppy Chapter (we have many published authors). We have classes in plotting, one by Kris Neri will be on March 2015.