Sex in the Suburbs

Last Sunday I awoke at 3:30 a.m. to the sounds of love—well, more accurately, lust. For whatever reason I channeled, Paul Simon’s “Duncan,” which starts with

The problem with my not-quite-awake brain’s jukebox response was this: no humans were involved that night. We’re talking frogs and toads and they are loud. I mean LOUD! Voyeur that I am, I had no shame and listened from the comfort of my bed. 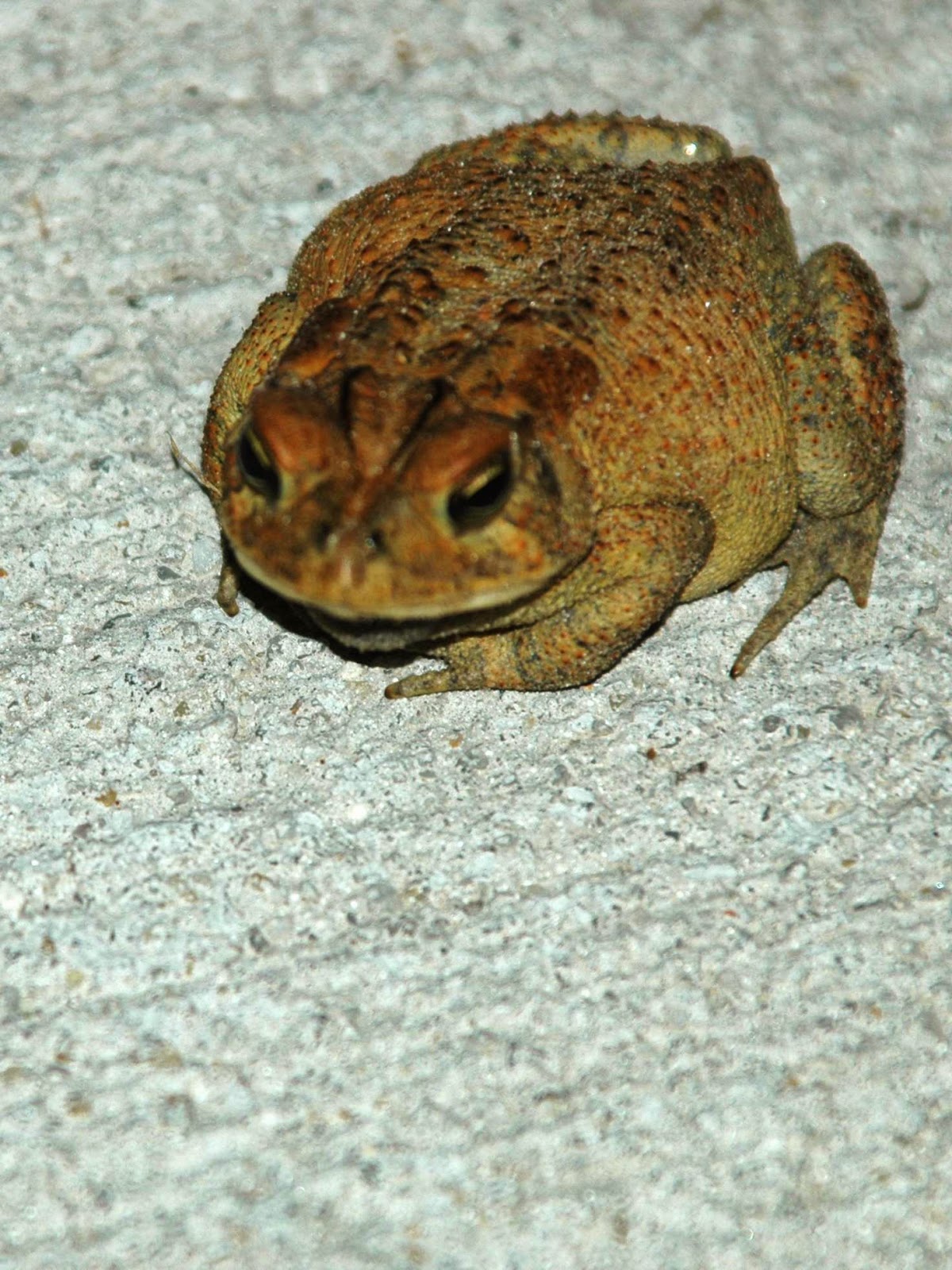 Male frogs and toads attract mates by finding a suitable spot and singing. Suitable means somewhere a female frog can find him because, as happens with many animals, the ladies choose who gets to fertilize their eggs; males catch as catch can. Behind our house is a pond (called a lagoon down here, which has more cachet in real estate terms) and beyond that wetlands. We have a variety of amphibians and that night I heard multiple LOUD frog/toad choruses. Their combined effect was so exuberant that to fall asleep one night I had to turn on background music in order to provide competing white noise.

We could shut the windows, of course, but that’s not a serious option for those nights when the outdoor temperatures are perfect for sleeping.

Eventually a bullfrog added a basso profundo underpinning to the caterwauling of the leopard frogs and tree frogs and Fowler’s toads I knew were out there. For a short time a Barred Owl added its “Who cooks for you? Who cooks for y’all?” above the cacophony. 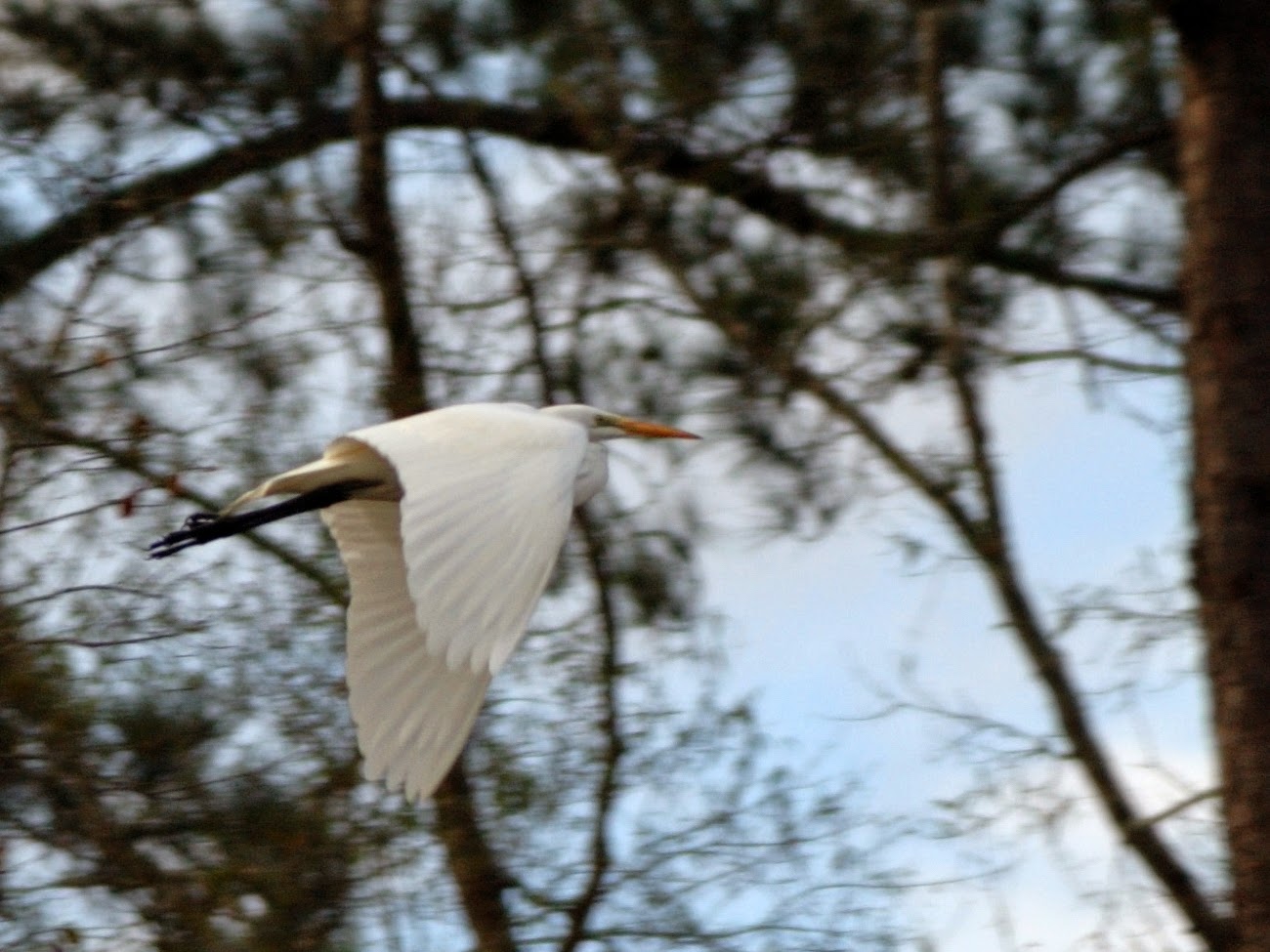 There were other night sounds as well. Egrets maybe? I can’t be sure, but they too are in the mood. The Great Egret that frequents our lagoon during the day has donned its green eye-shadow to attract a mate.

The amphibian chorus brought to mind another occasion, this in August 1980, where night noises awoke me. Earlier that day I had bought my house, built in 1795, in the Purdy’s section of North Salem, New York (NE corner of Westchester County fifty miles from NYC), and before the furniture arrived I chose to sleep on the living room rug underneath a sleeping bag. I was so tired that I fell asleep before dark.

I awoke to a frightening racket. In my sleep-blurred thinking, I decided there was something wrong with the furnace. After shoving on glasses I followed the penlight beam down the basement stairs, remembering to duck because the ceiling over the steps was low.

Partway down the basement stairs I realized the intensity of the sound was decreasing. Back upstairs, I cupped my hands behind my ears and swiveled my head like an owl to locate the sound. As you have certainly guessed, it was coming from outside. The annual cicadas or katydids or some such were doing their thing—a sound I had never heard before. I laughed at my own foolishness and went back to sleep once my heart quieted. 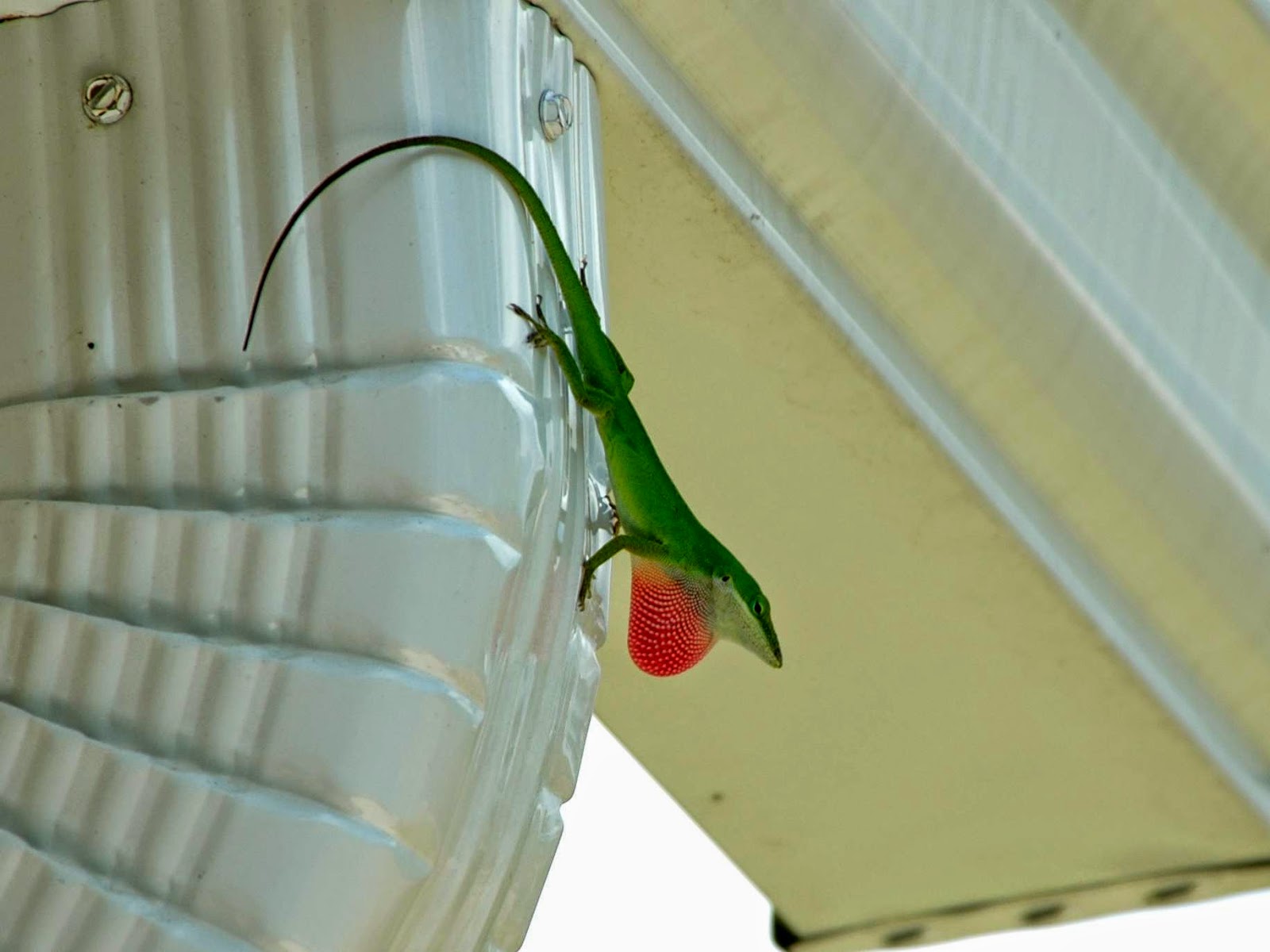 The next night I experienced the beginning of their bacchanalia. First one insect chirped. Then another. And another. In short order they synchronized their chirps so the singing was in unison. As more males joined in, the noise strengthened and I again heard the chorus that had awoken me on my maiden night in the house.

I know I lose sleep over this stuff, but you’ll never hear me complain.

Jim, I love the sound of frogs, toads, crickets and cicadas. I sleep with my bedroom window open and not too far away, I have a small goldfish pond. When they suddenly go quiet, I know a raccoon or some other critter is prowling around.I enjoy hearing a barred owl or coyotes in the distance, too. The only night sound I hate is the cars that go by with loud music blasting.

I live next to a freeway so I'm used to hearing constant noise from cars and motorcycles. The first time I visited friends in the Connecticut countryside I mistakenly thought it would be quiet and peaceful at night. Wrong. I was shocked by the loud, unearthly sounds made by frogs, toads, and other unidentifiable animals. Just when I thought they were going to stop and I could sleep, they revved up again.

I had a friend who lived in downtown Chicago who visited when I lived in the North Salem house. He couldn't sleep either because of the noise. If I had had taxis running up and down the street honking their horns, he wouldn't have had any problem with his slumbers.

The other day, I was talking on the phone while sitting on my screen porch. A bird interrupted my phone call with its "voice." We have tall Leyland Cypress trees that surround one side of the porch. Birds nest there. They must give instructions to their spouses because one bird's call was so loud, it interrupted my conversation.

We also now have a robin who wants inside our house. We suspect she sees something inside that constitutes nest building material. She continuously bumps into one of our windows like the glass isn't there. I finally closed the curtain on the window to make it look solid. She stopped, but now I wonder if I'll have to keep the window curtain closed the entire spring. It's been three days now.