The setting in fictional works can be a subtle background that gently cradles the story or strong enough to be a character itself. It can support the mood of the work, with looming skies and threatening seas, or be as stark a contrast as the brilliant blue autumn sky that was the background for the World Trade Center attack on 9/11. Sometimes it even takes on the status of a character in the story. But it’s never a non-entity.

I admire people who can create entire new settings for their science fiction and fantasy novels. It boggles my mind that anyone can manage to keep all the details straight and have their characters inhabit coherent, consistent, entirely imagined worlds.

Exotic locales add a touch of adventure to a story. Likewise, homey settings can project a comfortable feel,
and the grandeur of natural vistas is often used to good advantage. Readily identifiable settings, like outside 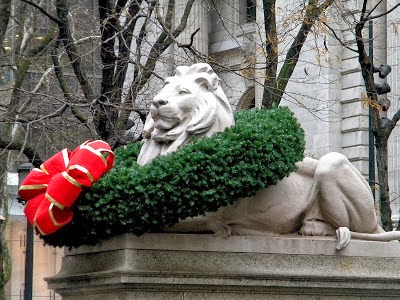 In my work, I like to use settings with which I am familiar, but I often alter or transport them. I’m comfortable putting characters on the midnight shift in a steel fabrication plant or operating a glass melter, since I’ve worked many shifts doing just that. I’m also comfortable with some aspects of the operations of jails and prisons, since once again I’ve spent extensive periods of time working in those settings.

For public places, a lot of authors use actual locations, but I am terrified of what I will do with that. I’m sure

I will get the details wrong, and that instead of paying attention to the story in my books, readers will be watching for transplanted landmarks and misplaced streets. So I base my settings on places I know, but change the name of the towns and often combine them. Rothsburg, the city in Maryland where my Jesse Damon series takes place, is a distillation of Hagerstown and Taneytown in Maryland, with a bit of  Fairmont, WV, thrown in.

Interior settings like apartments and offices give more leeway, since they can vary so much in reality, and they can be tailored to whatever the story needs.

I use real places when I can and invent when that makes more sense. I know people love it when they read about places they know.

However, I just listened to Craig Johanson on a LCC panel talk about changing all his town names and playing around so those in the know were entertained. I’ll be darned right now to remember his exact example. If it comes to me, I'll comment again.

Reading about exotic can expand my knowledge, but I prefer reading about places that are at least similar to those I've been so I can gauge a character's reaction based on my own.

Like with characters, I like to combine aspects of difference settings into one. That way the setting "feels" realistic but I can alter it to fit the needs of the story.

I like a mix of exotic and mundane--depending on the scene. The SinC Chesapeake Chapter ended its call for the next anthology, Storm Warnings, for which the stories had to evoke some aspect of storms driving the stories. Writing to keep up an active setting of a storm was quite a task. Keeping up tension throughout without it getting old wasn't easy.

I, too, admire authors who can conjure an entire world of their own. I just finished Jonathan Stroud's The Screaming Staircase and I think he equals JK Rowling's world building of a magical UK. (Harry Potter fans take note!)
For my own writing, using a real place helps me ground not just the action but also the emotional and social relationships of the characters.

I also admire science fiction/fantasy writers who create new or future worlds for their novels. What a challenge to keep track of otherworldly places and characters especially before computers and organizational software.

I recently tried to write two short science fiction mystery stories--one set in space--and finally gave up. I wanted to make the settings as realistic as possible but I don't have a background in science and was spending hours and hours researching things like satellites and space junk. Interesting but I wasn't writing. Maybe I should try again and combine real and imaginary settings.

I've used a mixture of both. Though, I've been told by my agent that one of the things she really likes about my writing is that the place is a character, too, whether it's real or not. I'm glad she feels this way because I have a really hard time as a reader with settings that are too vague. I know the writer wants to leave it open for my imagination runs wild, but I really want to know where we are.

Jim, I've read your book Cabin Fever, and I must say you do a fine job of using realistic settings. And you have a great example of using weather as setting, or even character.

Warren, combining the details of different settings smoothly can create a very real "feel" for a story.

E.B., storms can be a vital part of setting, and I'm looking forward to reading the short stories in the book to see how people have handled it. I hope yours is one of them!

Shari, I'll have to take a look at The Screaming Staircase. Some day I'd like to take one of the "Harry Potter" tours of England and Scotland, and see some of the places used in the movies.

Kara, I sympathize. I've tried a bit of sf myself, and sometimes I get so bogged down in the settings that the story screeches to a halt.

Sarah, I'm sure your agent knows what she's talking about and you must be doing a good job creating your settings and making them dynamic.