What Judging Taught Me by Carla Damron

Judging a contest is both an honor and a curse. I spent last year as a judge for a national contest, reviewing “fact crime” books from all over the country. Our small committee received sixty volumes over the twelve months—hardbacks, trade paperbacks, and mass markets—with the task of selecting an overall winner and four finalists.  We had no control over the flow; some weeks, we’d receive five books, other weeks, nada. Keeping up became quite a challenge. I worried one of the towering stacks of tomes in my office might topple over and crush me.  “A Literary Death,” the obituary would say.
At times, it became overwhelming. I wanted to give every writer a fair chance. I wanted to approach each book with fresh eyes, not comparing it to what I’d already read but rating it objectively based on set criteria. But it proved hard NOT to compare them. Some books resonated with me, making me think about them between readings. Others I found so tedious that reading them became an unpleasant chore. Most fell in the middle: they had solid strengths, but lacked creative narrative, fell victim to detail cluttering, or over-sensationalized the crimes written about.
One weekend, when six packages arrived at my house (and I was ready to curse the mail carrier) I had a mini-epiphany: this is what literary agencies face every day. Stacks and stacks of submissions come their way, some great, some good, some neither. Yet they can only accept the smallest percentage for representation. How do they decide?
I wonder if they approached their task the way I did mine: as I began each book, I felt I was saying to it: “Don’t let me reject you.”  Poor editing? You go into the rejection pile. Canned descriptions and overused clichés? Take a seat over there. Stale or overly formulaic structure?  You don’t make the cut.
When we query agents, what do they look for? Any error—typing, spelling, punctuation—might be the death knell. A stereotypical character or pacing that’s bumpy or off could land us in the “no” stack.
But I learned something else during my judging experience. Even the book that seemed close to perfect—that made me want to call the author to congratulate him on his remarkable writing—didn’t make the cut. Why? Because we had six books that fit that description. The small group of judges rated, discussed, argued, rated again, and ultimately had to choose one overall winner.  One of my very favorites wasn’t even a finalist.
An agent might reject you because your manuscript still needs work.  Or she may reject you because she already accepted something wonderful that day. Or she may reject you because she had too many submissions and didn’t feel like she had an “opening” in her stable.  Or she’s sleepy after lunch and does not have the energy to give your work a fair shake.
What do we learn from this? ALL we have control over is the quality of what we submit.  When the agent looks at what we’ve sent him, when he says to it, “Don’t let me reject you,” heed that advice. Send only your very best.
And if we do get rejected, it may very well be for reasons beyond our control.  There’s frustration—but also comfort—in that.
Have you ever had to judge a contest? What did you learn from it? 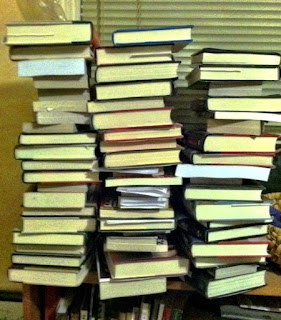 Carla, I judged a North Carolina poetry contest in 2011. It wasn't nearly as hard as what you had to judge. I only judged the light verse category. Still, it was hard to pick the top three in order. It's so subjective. What appeals to one person won't to another.

You are so right, Gloria! Different eyes see different things.

Carla, I've judged multiple unpublished manuscript contests. None of them mystery. But what I've learned is exactly what you learned.

For example, I know all three of the writers (out of six) who opened their books with a character arriving in a new place thought they'd started their stories at exactly the right moment--and they may have--but when you see more than one, the perfect opening becomes an instant cliche, and you long for something MORE. Something OUTSTANDING to grab your interest. And what that is on any given day for any given person. . .varies.

Agents and editors are doing the best they can, and so are we writers. We have to keep at it to reach the pinnacle.

I was a Derringer judge last year, Carla, a very hard task. We were given a numbering system by category, but I felt it didn't cover everything that I judge a story by. For example, there was no category for backstory. One of the stories that won, I felt had too much unnecessary backstory--but there was no category for judging that aspect so I understood why it won, and it was a good story, but compared to others--not so much.

What I learned was that the contest criteria didn't always coincide with my own. I wanted to be a good judge, but I also wanted to be true to myself.

Carla, I've been on both sides of this, and I'm not sure which is harder--being a contest judge or being the author submitting a manuscript. I do, however, know this much: when the planets are perfectly aligned and you get that phone call telling you you've won the contest, you don't care how hard it was for the judges to come to their decision. You're just happy to have to sparked their interest and gotten their vote.

I've been on both sides too. I learned if the judge or agent takes the time to comment you should feel proud of your work even if you don't win.

I was a reader for Poisoned Pen Press for two years until I decided I had learned as much as I could from the experience. I did need to answer questions about my reaction to the submission (either the first 30 pages or the entire manuscript), so I had to read the entire submission.

I will say that I knew most rejections after reading only a page or two. My largest disappoint was a book I enjoyed all the way until the last couple of chapters. It was as if a second author had taken over, changed character traits midstream and parachuted in enough coincidences to choke the Nile.

I also learned that others liked some things I didn’t much care for. However, none of the ones I thought poorly written were ever accepted by PPP—not because I had any power in the decision, but because others also found the writing flaws as well.