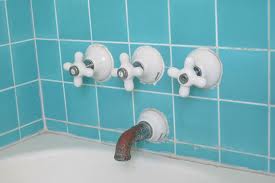 Thirty years ago there were rules about how big tile should be in a given area. If you had a standard bathtub surround, generally the recommendation was no larger than a 6” x 6” tile. When I asked about the old rule, the sales woman laughed. “Sure, you could do that. But you’d have a brand new 1980s bathroom. If you want 1980s retro, fine.” Ah, no thanks. I bought 9” x 12” tile for that space. The rules have changed.

Not long after that conversation, I read a book with a twenty-something character. It was set in present day, but somehow the young woman liked all the old songs like someone who was fifty or older, like the author, would enjoy. The author had created a brand-new 1970s retro twenty-something, out of time and pace with her peers. She hadn’t clothed her in bell-bottoms, thank goodness.

Four of my new WIP’s characters are in their twenties, two women and two men. With Valentine’s Day celebrated this week, I’ve started to observe twenty-something love for character and relationship authenticity, taking note of how they talk, react and interact. What do I know about it? I remember it, but the rules have changed. My generation changed the rules. I’m looking at the results that were not apparent to me while in its midst so as not to make my characters feel like retro people.

School procedures and values have changed since the enactment of the 1965 Civil Rights Act. I’ve made a few observations. Most of the changes I see concern women. Funding of women’s sports has been in part a catalyst of change. The young women I know are more competitive than in my generation. My son’s Little League baseball team (the Leagues’ real name had “Boys’” in its title) had a female member. Girls now, too, compete for sports scholarships. 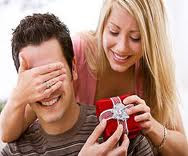 Young women unfortunately still succumb to dressing in fashion, although outside of Hollywood pictures few wear micro-minis. That detriment aside, young women seem more self-determined, make their own choices rather than defer, are more aggressive than meek and expect men to listen and respect them, which wasn’t a given thirty years ago. I’ve seen very few doormats in today’s women. I like it.

What differences have you observed in young people today than from generations before? Have you tried to incorporate those differences into your characters so as not to create a retro person?
Posted by E. B. Davis at 12:00 AM

I ask my children, grandchildren and younger friends for social cues that go with their ages since I am clueless.

I remember segregation, and when state laws forbid women from purchasing birth control and when women athletes were mostly confined to the cheerleading squads. The equality kids now take for granted was hard won over the last sixty or so years.

Gender is not the only bias in American society. Studies have shown taller people are held in higher esteem (and get paid more, etc.) than shorter folks. Good lookers get more benefits as well.

I believe in the Universalist message that none of us is truly free until all of us are free. I have a lot of hope that the current generation will continue to have impatience with all biases and great progress will still be made.

I'll never forget the night that a group of friends and their children got together at my house. As we sat out on the screen porch, abortion rights came up. The girls', about 14 at the time, eyes got big and they asked, "You mean someone could force you to have a baby you didn't want?"

As much press as the 60s gets, it seems like the cultural aspects get the advertising. I don't think young people know what things were like at all before 1965, especially the girls. And I think you're right, Jim. We've got a long way to go.

At the same time though, I also think that a backlash also occurs. When I chose to be a stay-at-home mom, I don't think my friends understood, which I resented. I helped run a business "in my spare time." Being a mommy was thought of as playing. Right! Because all the other women were working, I was the sole team mom, served as treasurer of the PTO and the homeowners association and served all their girls as Girl Scout leader. They never volunteered for anything.

Okay--I'll get off my soapbox too!

We just purchased a "retro" house and this blog struck a cord. We'll soon be removing the orange SHAG carpet!

Wow--I didn't know any of those were still surviving. We had burnt orange and lawn green shag carpeting. My sister and I threw it out after my mom passed away nine years ago.

What always strikes my when I listen to my teenager grandkids talking to their peers is the freedom of topics. They don't seem the least bit embarrassed discussing things that my generation would have considered "too personal".

I remember when orange and olive green were the colors of choice for decorating. When I bought my old house more than 20 years ago, the walls were mostly a horrid mustard yellow. That went when my son and I gutted the house.

When I started my first book with my sister many years ago, she wanted our protagonist to be in her 20s. When I took over on my own after a few months, I switched her to being 40. A younger woman didn't work for me - the age difference was too great for me to think like her. Except for a few minor characters, I'm most comfortable writing more mature ones.

My protagonist is 16, so I need to pay attention to what's current for her age group. However, she's DEFINITELY a non-conformist type of girl, so I have a little more leeway. She can observe what her peers are into, & can decide for herself if she wants to go along with it or not.

I've had Beta readers tell me that they don't think a 16 year-old girl would act that way, but I know they're wrong, because I acted that way myself when I was a teenager. But I make sure there's enough of a modern bent to it so that it doesn't feel "retro."

LOL! Yes, LD, while talking into a cell phone, talking loudly while in the mall and totally oblivious to everyone around them!

My last WIP, my protagonist was in her 30s, as was the male lead. I got her right, but my critique partners said I didn't get him right--too old. I'd never have a really young protagonist--just couldn't pull that POV off well, Gloria.

More power to you, Alyx, if you can write in a 16 year old's POV. I think younger would be easier, because little kids are the same as they ever were--except for the TV shows they watch and the games they play. Does your protagonist get into the electronic games?

When I write in a 20ish POV, I study my niece's or godson's Facebook pages. Thank goodness for the generation that "over shares". It makes writing a little easier.

I'll have to remember to look up facebook pages, Kara. Thanks for the insight. However--over shares could also be stated as emots.

I tried to be upbeat in the blog, but I see a lot of emotional immaturity too. Not necessarily their fault.

Parents' marriages broken, two-parents working--with kids in daycare, which is crowded. My daughter is working in a commercial daycare until she figures out what graduate program she wants to attend. The most heartbreaking part of it all--most of them call her Mommy.