A Tale of Redwall, the Power of Reading by Molly MacRae 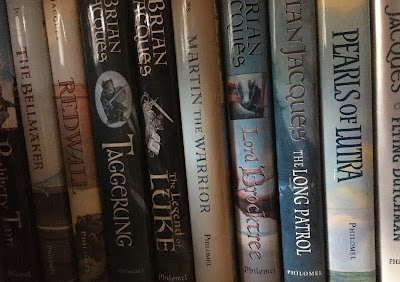 I’m piggybacking off Sarah E. Burr’s celebration of bedtime reading in her June 19th Writers Who Kill post. Her essay, also written for Fathers’ Day, celebrated the dads—really all the grownups—who enrich a child’s life by reading aloud. In her piece, Sarah reminisced about her childhood love for the Redwall books by Brian Jacques. Do you know these swashbuckling adventures? Set in pseudo-Medieval times populated by moles, mice, squirrels, otters, cats, rats, and more, they’re epic tales of good creatures pitted against sneaking, ornery, wicked ones. They’re also tales of wonderful feasts. When asked about his descriptions of food, Jacques said they stemmed from his hungry childhood during the depression and rationing during WWII.

Oh, Redwall! My children loved these books and my husband and I loved reading them aloud—at bedtime, before walking to school in the morning—we couldn’t get enough of them. So when I got to the Redwall part of Sarah’s post, her memories immediately whisked me back to 1998.

In the 90s, I managed a small, independent bookstore located in an old grocery store building. And in the spring of 1998, Penguin Books announced a nation-wide Redwall window dressing contest for bookstores. It was a promotional gimmick, and we had no real hope of competing with chain stores or well-heeled stores in big cities. It was an opportunity to draw attention to a wonderful author and our store, though. We also didn’t have a budget for anything even halfway professional or fancy, so we decided to have fun instead.

I invited a group of neighborhood kids, some who’d read the books and some who became quick fans, to design and install the display. Those kids, including our youngest, worked straight through their spring vacation, coming to the shop every afternoon. They created a diorama with Redwall Abbey made from cardboard boxes and characters and food for a sumptuous Redwall feast modeled from clay. They brought in dollhouse and model train accessories to complete their tableau. They outdid themselves, even giving two of the shop windows faux illuminated frames. Then they made Redwall costumes for themselves and we held our own feast on the porch. I took pictures of them at work, of the finished windows, and the front porch feast and sent them to Penguin. All of it looked exactly like it was engineered by a bunch of school kids. Totally charming and so much fun.

We never heard a thing from Penguin.

Long after the window display had been changed to something less exciting, a letter arrived that I had trouble believing. Somehow, miraculously, we’d won the contest. And what was the prize? Brian Jacques. Brian Jacques! He came to our little store, with his family, all the way from England, for a book signing. Well, he was probably in the states for a major book tour, anyway, but wow! Our little shop was wall to wall people during his visit. Literally. At one point I couldn’t push my way through them to get from the greeting card racks back to the service desk.

Even better, though, before the signing, Brian Jacques spent an hour alone with the kids who'd made the window. Amazing! The memory of all that still makes me cry.

Reading to children well past the age they can read to themselves is important for so many reasons. The reasons include exposing children to vocabulary they might not run across in their grade level books, giving them a sense of fluency and drama, and the creation of continued and lasting bonds between the reader and the child.

Brian Jacques died too soon, in 2011, and only 71. By then the Redwall series ran to twenty-one books and had sold more than twenty million copies worldwide. What Jacques and Redwall did to motivate kids to read—and what people who read to children do for the world—is immeasurable.

Below are too many pictures of our long ago Redwall triumph at The Book Place in Johnson City, Tennessee. They aren’t terribly good pictures, but the folks at Penguin liked them, and they capture the true spirit of our homemade tribute to a fantastic writer and wonderful person. 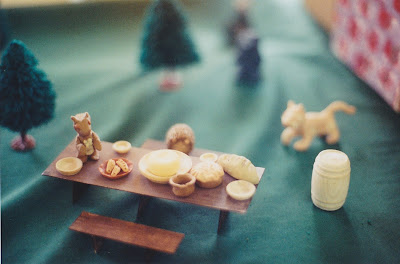 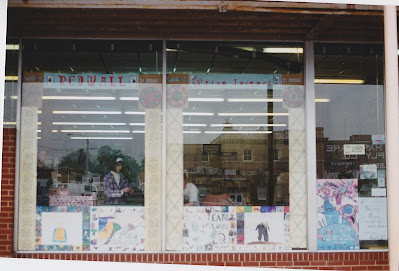 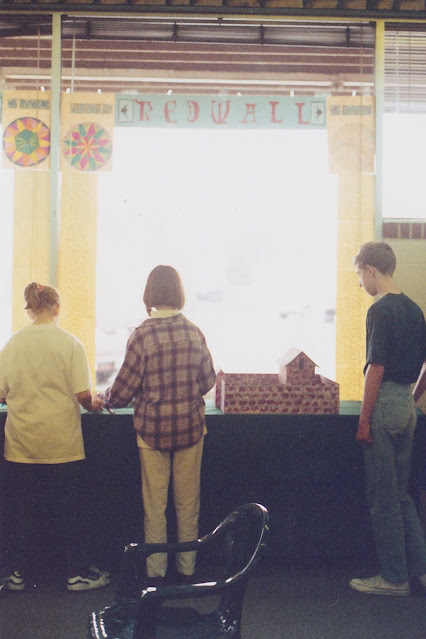 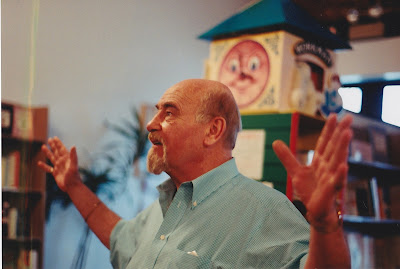 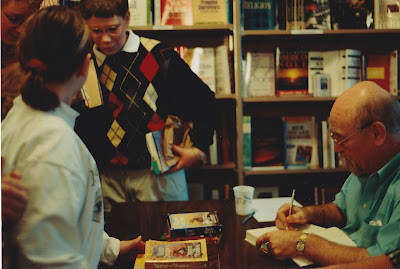 That is an amazing story, Molly. Brought tears to my eyes.

What a cool story! I have never heard of Redwall. Gonna have to look it up.

Goosebumps AGAIN! I just love that Penguin appreciated what you all did. It's the kids, after all, who matter most to a children's book author. Such a fantastic story and, as usual, so well told.

What a great story! Love the photos.

What a wonderful story. Not only that Penguin took notice and appreciated, but of the love of these books you and the author instilled in these children.

I bet those kids fondly remember their wonderful project.

Great memory, Molly, for you and those kids.

What a beautiful memory! Thank you for sharing this with us, Molly. The Redwall series and Mr. Jacques touched so many lives.