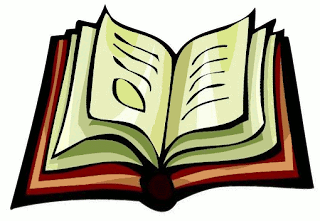 I wrote a novel. It’s full of compelling characters (at least to me). I want to explore them further, and, thankfully, so does the publisher of Book 1, Fatal Intent. So, after dabbling with a couple of other novels, I wrote a sequel. Oceanview will publish Misfire in January of 2023. I blame the delay on the supply chain. My supply of creativity was shifted elsewhere…oh, and Covid.

Meanwhile, WWK asked for holiday short stories, so rather than write something random, I decided to plumb Kate Downey’s history, recalling the few nuggets I’d dropped into the novels. Since I haven’t described a lot of Kate’s backstory in depth, this short story has multiple roles: filling in some backstory, further characterization of my protagonist, and entertainment, of course.

I chose a nugget and built the story. It came together relatively quickly and was a thoroughly enjoyable process. Now, I’m questioning whether the nugget on which it was based actually exists. It could have ended up on the chopping block like so many of my “darlings” over the course of the editing process.

Creating a universe is fun. Rather than pull photos from magazines or draw maps, mine is based largely on my renamed locale. Parts morph and adjust to fit the story, and some descriptions become superfluous and are left out. The hard part, for me, is keeping it all straight. Hence the need for a series bible.

The question is, what all to include in said bible? Physical features are few and far between in my writing, but I’ll include what there is; cars/homes/locations; names/occupations; backstory nuggets; even the gender of pets whose names are gender-neutral. What else?

I always find the one detail I didn't record is the one I need! It's gotten a bit easier since I use both Scrivener and Plottr so my bibles travel from story to story, but the devil is still in the detail!

I haven't tried Scrivener, but am finding Plottr to be useful - especially for all my character details.

One of my writing nightmares is the thought that I will introduce a character named Leslie, who is an elderly introverted woman in the first chapter, and by the end of the novel Leslie has evolved into a party-hardy young man without me noticing.

Interesting insight into how you make these decisions!

How I wish I’d started a series bible. It’s amazing the details we have to keep track of! I have a Pinterest board for details about appearance that’s helpful.

I always thought I had a good memory until I tried remembering between books simple things like eye color. I realized that depending upon my mood and the topic in that chapter, I might be veering off from my blue-eyed person because they are now green-eyed with jealousy. I should have started the bible sooner.