The thing I really love about mysteries is the puzzle aspect. Some of the most interesting crime stories revolve around a locked-room mystery or an impossible crime. I’m not talking about a mystery which uses just a closed circle of suspects, but an honest-to-goodness murder with a body in a locked room and no signs of entry. 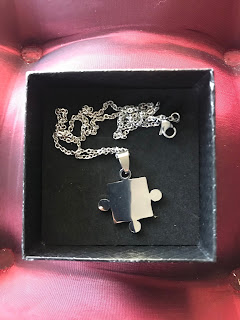 I attended a webinar by Gigi Pandian on this. She wrote a short story collection with nine locked-room mysteries called The Cambodian Curse & Other Stories. (I enjoyed “The Curse of Cloud Castle” the most.) She also has an upcoming mystery novel called Under Lock & Skeleton Key (March 2022), which features an impossible crime—a dead body inside a wall that’s supposedly been sealed for over a century.

Gigi expanded on the rules of the locked-room mystery in her online lecture. She reemphasized the standard rules, as outlined by the fictional Dr. Gideon Fell in John Dickson Carr’s The Hollow Man (U.S. title: The Three Coffins). Carr, in fact, took an entire chapter in the novel to talk about possible solutions to locked-room mysteries. These include:

7.      Victims presumed dead before the killer arrives and finishes the deed

I’ve been reading a lot of locked-room and impossible crime stories recently, and here’s my own list of various solutions:

These are solutions you don’t even think of, veering on macabre, as in “Two Bottles of Relish” by Lord Dunsany. There’s a victim in this story, but the body has gone missing. Where did it go, and what does it have to do with chopped trees?

Specialized knowledge plays a huge role in these tales. Sometimes they feature people who have specific knowledge. Circus performers are often involved in this kind of story, like with “The Flying Corpse” by A.E. Martin. There is a naked dead man in a paddock, but how did he get there?

Non-traditional methods of killing can also make the locked-room situation work. The classic case is from “The Adventure of the Speckled Band” by Sir Arthur Conan Doyle. What is “the speckled band” that brings death?

There are often innovative ways of killing through new patented equipment or from modified weapons. An example of this is in “The Tea Leaf” by Edgar Jepson and Robert Eustace. A man is found dead in a Turkish bath, all alone, except for his flask of tea. How did he die?

Although these impossible crimes don’t necessarily involve murder, they’re quite mysterious. How does a man—or a group of people—vanish into thin air? In “The Day The Children Vanished” by Hugh Pentecost, a whole busload of children disappear. What happened to them, and why?

All these impossible crime stories seem to take dedicated plotting. Sometimes they’re very elaborate or have an astounding twist at the end. After reading a few, I kind of feel inspired to create a puzzling short story of my own.

What impossible crime stories are you aware of—whether in writing, reading, or real life?

I check the ceiling fan every evening before I climb into bed...for the speckled band.

I look forward to reading yours, Jennifer!

Very interesting.. will make me look over my shoulder.

Thanks, Molly! Will have to think of a really good premise...


Funny, Debra. Even in a locked room, you can't be safe, right?