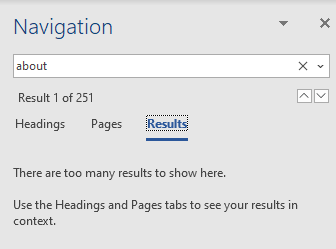 I have a love-hate relationship with my rewriting/editing process. That’s incorrect. It’s love-hate-love. I love taking a dreck-filled first draft and turning it into a novel people want to read. I love finding and filling plot holes, fixing unintended ambiguities, adding complexity, simplifying complexity. The list goes on and I enjoy it all until the day I wake up and hate it.

Once I have the manuscript polished (many months, several drafts), I begin the spit shine process. I search for words I overuse (about), or are flabby modifiers (almost), or action delayers (going to, planning to, trying to). I keep an alphabetical list; “about” occupies the lead-off position. The hate builds seconds after Microsoft Word tells me my WIP Niki Undercover has 251 instances of about. How the hell did I let that happen? I know how it happened: I can be overly meticulous. Few roads are exactly eight miles long; they are about eight miles long. About is technically correct and not one reader in a million wants it included. I check each usage and eliminate 107 of them. I swear the remaining 144 must remain.

The next troublesome word is “after.” I address either of two questions. 1. Is this the best way to show a sequence of events? Or 2. Have I slipped from deep point of view into narrator telling? I start with a depressing 156 uses of “after.” Ah ha! Afternoon includes after. I search for after with a following space and eliminate 20 of the buggers. Oh, but there could be punctuation. I find two periods, one comma, no question marks. I consider each of the 129 uses and keep 88.

“All of” is my next bugaboo. I can usually eliminate the “of” and sometimes all shouldn’t be “all” because it isn’t. I know this will be quick. The search kicks up four pure instances plus a couple of “wall of.” I turn those into possessives, eliminate three of the four “all of” uses, leaving one that occurs in dialogue.

I eliminate five of the ten uses of “almost” and seventeen of twenty-seven “always.” Next up is “appear,” which after ignoring disappear and reappear leaves me fifty to check. I frequently use appear to replace seem, but that’s not the real issue, which is obfuscation. Often I can find a clearer, crisper way to write the sentence or paragraph that includes appear/seem (Before I hit my delete key, I wrote . . . paragraph in which appear/seem appears.)

I’m not done with the “A”s and I hate my writing; I hate my novel; whatever made me think I could write anything? I should stop wasting my time and do something I’d enjoy, like drinking cod liver oil.

I soldier on based on a vestigial memory that I’ve done this before, and it worked out. 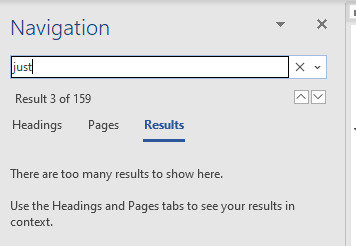 After four or five days of self-torture, I finish the revision by rewriting a quarter of the sentences that include “would be/would have” to eliminate indirect/passive construction.

I compare word counts of the before and after document: 1,416 fewer words remain after the process. And the result is tighter, stronger, more compelling. I’ll do an auditory review to allow my ears to catch a few issues my eyes missed and I’m ready for my copy editor.

I love rewriting. What about you?

Even if we manage to eliminate one pet word while we're drafting, we find another one to overuse. Every. Time.

What amazes me is how often I have a brief, but torrid, love affair with some overused words. They'll show up in a series of paragraphs in the same chapter and then, poof - gone for a few more.

I have a love/hate relationship with editing. I love it in the beginning, tackle it with great gusto and rewrite with zest. By the end I wonder if I'm in the right profession and why I thought I could put interesting words on the page. Still, slogging through gives me a feeling of amazing satisfaction about three days after I finish.

Words and gerunds. I have a whole list. And another list of compound words, hyphenated words, and two words I combine into one.

Words are tricky, aren't they? After screaming in horror, at the mess I've made, I love revising.

I hate revision...or the idea of doing it all at once. That's why I think I massage every piece as I work on it .... writing, rewriting, polishing.... and hoping it is close to being done.

I like editing. The story's there, ready for some tweaking. No plotting involved, except if I have to rewrite a situation that requires attention. I love the word "just." Sometimes it just hits the spot.:)

Oh, this struck home. If only I could stop myself from overusing "just"!

It's fascinating how each of us approaches our editing -- once again demonstrating we are unique.