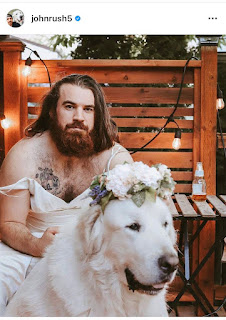 One of the most challenging things--and most rewarding--about writing a new novel is creating the characters who will bring your book to life. Still, where do we find these characters? Do we create them from the people that we know best? Do we pull together scraps and pieces of the people we encounter as we move around the city or countryside and create a new book person from those scraps and pieces? Of course, the answer to each of these is yes. Sometimes, we create our characters from the people we have known most of our lives, our family and our friends, and sometimes we create our characters by cobbling together bits and pieces of what we have seen in strangers we have encountered through our daily lives.

Today, I'd like to talk about a relatively new method of coming up with intriguing characters for your novels. I'm talking about social media. I realized that I have come to feel as if I know a number of people that I have never met in real life, but whom I have interacted with for many years online and have even drawn on them for characters that I have used in books. What truly made me aware of this was a fairly new social media contact who happens to be a professional football player named John Rush. (Blog at https://t.co/2bj5VNXilH, Twitter @JohnRush32, and Instagram @johnrush5) John is not your typical football player, since he is Canadian and vegan and liberal, as well as one of the hugest dog lovers in the world. John was so different from the stereotype for his career that he caused me to stop and think about how he would function as a character--not necessarily in my own mystery novels but rather in some of my writer friends' romance novels, which feature professional sports figures as love interests, all of whom are super macho, conservative, aggressive, etc.

I first became aware of John when he showed up in the Twitter feed of another writer friend. He was engaged in a battle with a troll who was insulting him for being vegan and for supporting gay people, using all kinds of slurs. Instead of hurling insults back at the troll, he promptly took control of the narrative, proclaiming, "Don't call me soy boy. Call me soy Daddy." Meanwhile, other people were laughing at the troll and informing him that this person he was calling a "beta" was actually a professional football player. My curiosity piqued, I investigated his account, only to find that he had two of the most adorable dogs I have ever seen and worked tirelessly to raise money for dog rescues. He had also just begun a fundraiser for an LGBTQIA organization, in which, if enough people donated and voted for it, he would wear a wedding dress to his Covid vaccination appointment. Since he was a rather large man with long hair and a substantial beard, this promised to be amusing, so I followed him on Twitter. (To be absolutely honest, I would have followed him anyway, because ... adorable dogs. What can I say?)

I enjoyed watching this quirky man's journey through time to his vaccination appointment, dressed
in a formal wedding gown with the flower crown on his head and a pair of white crocs on his feet. In the process, he raised over $15,000 for this worthy organization, raised awareness around LGBTQIA issues and gender stereotypes, and repeatedly urged his many followers to get vaccinated. He also verbally battled a number of bigots and trolls and campaigned to have Twitter and Instagram control their anti-LGBTQIA attacks. A perfect romance love interest, I thought.

I could see a romance novel written with a heroine who had been brought up in the male-dominated sports world and wound up in a position of control, such as owner of a team or general manager--perhaps through inheritance or family connections--brought into contact with a love interest based on John. Opposites attract is a standard in the romance field, but this totally reverses the roles for the characters, as well as the traditional roles for the genders, making for a lot of humor and conflict and interesting plot situations. I offer this freely to my romance writer friends, and who knows, if no one takes me up on it, I may have to write this novel myself.

How has modern technology and the world of the internet and social media affected your character building?

A thought-provoking post, Linda. I'm not sure modern technology and social media have affected my character building as directly as your example. However, I do think about how characters interact with technology.

I've not used social media for character building yet, but like Jim, I do consider how my characters use social media and build their on-line presence.

I'm on a twitter vacation but I'm intrigued enough by John Rush (dogs) to look him up.

In recent times, I've used social media for character building (usually regional accents) because I'm never around people. My favorite source is still the advice columns in the Washington Post.

Yes, Jim, that's another thing to consider--how are characters use social media and interact with technology. Great point.

Kate, he is--and the dogs will steal your heart.

Margaret, I would never have thought of using social media to check out regional accents. What a great idea! Also, The Washington Post advice columns? Another good idea. Thanks for increasing my toolbox.

Linda, you have to write that book! What a wonderful character - and person - John is!
So far my characters haven't interacted much with social media because they're too darn busy. However, I'm intrigued by the relationships people form on social media, and how easily - and perhaps, unwisely - they reveal information about themselves there. Lots of good stuff to think about today.

Shari, yes! You should try following him. He's really funny, and he adores his dogs, who are an absolute delight. I really do like the role reversal for the book I proposed, so I hope someone will write it. I honestly may have to, if no one else does

What a great post. It's a great reminder to dig deeper than the stereotypes for our characters. I'm going to start following him too! (You know, cute dogs and all...)

Korina, I don't think you'll regret it, especially when he does his special live videos that feature nothing but cute dogs from around Canada and the United States.