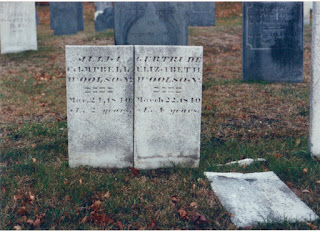 It's Halloween and I'm thinking about cemeteries. There's a line in the first academic book I published: "Constance Fenimore Woolson's life is marked by gravestones." I was thinking of the gravestones in Claremont, New Hampshire, for her three sisters who died of scarlet fever within a month of Woolon's birth.

There's the cemetery my grandmother took me to every Memorial Day to plant geraniums on the family gravestones, a tradition I continued until I moved away from New England. There's the cemetery where my son learned his alphabet, the Sleepy Hollow cemetery in Concord, Massachusetts, where so many writers are buried, the Civil War cemeteries in Gettysburg and Andersonville, the national cemetery at Arlington.

I prefer a simple graveyard to a landscaped cemetery, perhaps because I grew up in New England where the graveyards date to the seventeenth century. Although I titled my third mystery novel Cemetery Wine, its murder scene is in what I could have called a graveyard. Graveyard are older, smaller, filled with markers that feature death's heads or hourglasses or weeping willows.

When I wrote Cemetery Wine, I realized that all my novels contain a scene in a cemetery or graveyard. Death of the Keynote Speaker has a scene on New Hampshire's Star Island where there are gravestones for three Beebe girls who died of scarlet fever. The inscription on one reads, "I don't want to die, but I'll do just as Jesus wants me to." My novel Leaving Freedom begins with a mother and her two daughters standing over the grave of her husband. This freedom is not from life, but from the town that is suffocating one of the daughters and who is released to find her freedom as a writer.

My latest novel, The Barn, begins with an image of a barn with a wooden cow's head on the outside of the rafters. The cow's head could have been a death's head as the characters try to solve the cold case of a murdered classmate. A cemetery also figures in that novel when, thirty years later, the characters gather to bury the classmate's mother.

Why, I ask myself, do these graveyard images creep unplanned into my writing? I'm not morbid. I'm not haunted by death. I could walk into a cemetery this Halloween Eve and not be afraid of what might rise from the graves. I think it's about the history these gravestones capture in their carvings and epitaphs and coatings of lichen. It's about nostalgia I feel for the New England I left and that I recreate in the novels I write. Cemeteries give me a place to develop a scene, to capture relationships among the living and between the living and the dead. They are great places for the novelist. They can be burgeoning with flowers, covered with fallen leaves, or buried in snow. They give shape to my writing and a sense that, though I wish to be cremated, I can ask my family to bury some of my ashes back home at the grave of my parents.

Sharon L. Dean grew up in Massachusetts where she was immersed in the literature of New England. She earned undergraduate and graduate degrees at the University of New Hampshire, a state she lived and taught in before moving to Oregon. After giving up writing scholarly books that required footnotes, she reinvented herself as a fiction writer. She is the author of three Susan Warner mysteries and of a literary novel titled Leaving Freedom. The Barn, the first novel in a new mystery series, features librarian and reluctant sleuth Deborah Strong as she and her friend solve a thirty-year-old cold case. The second in this series, The Wicked Bible, will be published in Fall 2021. For more information, see https://sharonldean.com/ 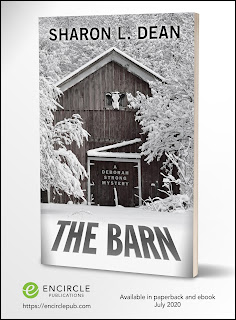 In 1990, Deborah Madison and Rachel Cummings, both seventeen, are enjoying a bicycle ride on a beautiful September day in New Hampshire. They stop at a local barn that no longer houses cows but still displays a wooden cow’s head that peeks out from a window in the rafters. Sliding open the door, they find Rachel’s boyfriend, Joseph Wheeler, dead on the barn’s floor.

The case lies as cold as Joseph for nearly thirty years until Rachel returns to New Hampshire to attend the funeral of Joseph’s mother. The girls, now women, reopen the cold case and uncover secrets that have festered, as they often do in small towns. Against a backdrop of cold and snow and freezing rain, Deborah and Rachel rekindle their friendship and confess the guilt each of them has felt about things that happened in the past.

The Barn is a story of friendship lost and recovered, secrets buried and unburied, and the power of forgiveness.

Available through Encircle Publications: https://encirclepub.com/ or your favorite bookstore or e-book site. 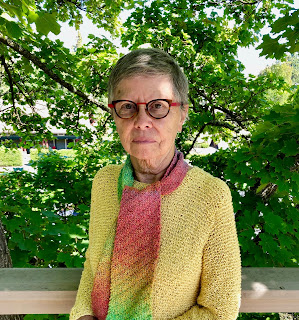