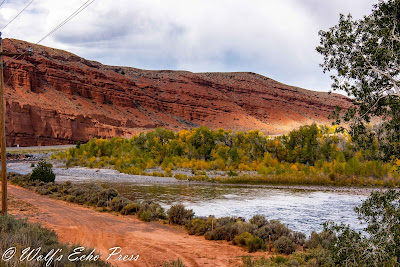 As I write this, I am starting day five of a nearly month-long road trip. Starting from Madison, Wisconsin, we’ve traveled through Iowa (rolling hills until the Missouri River, after which it flattens out), Nebraska (through the sand hills and up onto the high plains), and into the middle of Wyoming with its vistas of mountains in the future. (You can follow the trip on Facebook, where I post pictures every fifty miles on the truck’s odometer. Here's a link to get to the album.)

On day one, we planned to stop in Dubuque, Iowa for lunch on the bluffs overlooking the Mississippi River. That didn’t happen. Fifty-eight miles into the trip at our first pit stop, I realized I had forgotten my key fob (Jan had hers, so the truck ran), which resided in my fanny pack. The same fanny pack that held my wallet and its assortment of credit cards, IDs, and proofs of insurance.

Not only did that extra 116 miles result in some interesting 50-mile pictures (picture 1 was 50 miles from Madison, picture 2 was only 16 miles away from Madison, and picture 3 just 34 miles), but it meant we were running a couple hours behind schedule after a leisurely mid-morning start. We lunched in the car and made no stops in Dubuque. 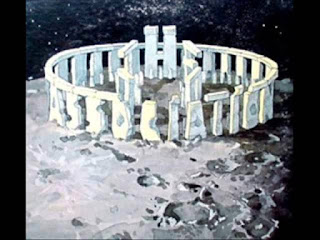 Which brings me to the earworm. One of my favorite pop groups in high school and college was The Association. A song contained on their 1969 album titled, The Association, is “Dubuque Blues.” [Here's a YouTube version from their appearance on The Ed Sullivan Show]. Several days before the trip started, that song became an earworm for me. I’d find myself humming the tune or singing lines of the lyrics (those parts I remembered). After Jan told me to find another song, I began singing in my head.

I figured that once we had lunch in Dubuque, I’d kill the earworm because I had done Dubuque.

We’ll never know if that theory was correct since we didn’t picnic there. The earworm is still present four days later. I will now turn to active measures: whenever I catch myself channeling “Dubuque Blues,” I will drown it out by starting another song—preferably one that won’t turn into its own earworm.

How about you? Do you suffer from earworms? (Or should I say, do others suffer from your earworms?) How do you break that habit?

My favorite was "Cherish," which of course will now be my earworm. A few weeks ago, "Billie Jean" by Michael Jackson was my earworm--and I wasn't a fan of the grown up, although I did like the Jackson 5. Yes, I love music and I get earworms. Some of the time they are songs I like, but often they are not favorites, which seems weird. Why do we do that? I have a gift of being able to remember lyrics quite well, which may at times also be a very bad thing, like, rain on your wedding day, or the free ride when you've already paid, like Ironic, Don't You Think?

The aptly named "That Song Is Driving Me Crazy" by Tom T. Hall.

E.B. -- it is interesting that earworms are not necessarily favorite songs, and I do wonder why some songs turn into earworms and others never do.

I'm embarrassed to admit the one that's been playing in my head for over a week now is "I Think I Love You," by The Partridge Family. Seriously. It came on the oldies station I was listening to, and it made me flash back to my freshman year in college when my roommate and I, who were taking Italian, spent the time we should've been studying translating that song. ("Credo ti amo", in case you were wondering...)