An Interview With Marilyn Levinson (Writing as Allison Brook)

One of the joys of being a member of the mystery writing community is meeting other writers. It’s been years since I met Marilyn Levinson at a Malice Domestic Conference. We were both looking at a black shoulder wrap for sale by one of the conference vendors. Marilyn is tall (I’m not), and it looked great on her. Mine is still in a drawer. It’s the memories we have when we first meet someone who becomes a good friend that are fun.

Last week, Marilyn (writing as Allison Brook) celebrated the release of the latest book in her Haunted Library Mystery series, Checked Out for Murder. It was a pleasure catching up with Marilyn and learning more about her writing career.

Checked Out for Murder 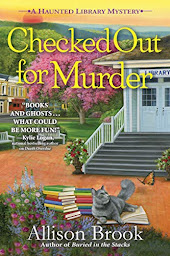 Daphne Marriott strolls into Clover Ridge and informs librarian Carrie Singleton that she's a psychic. But had she foreseen what fate awaited her, Daphne would have steered clear of the quaint Connecticut town. Evelyn, the library ghost tells Carrie that there's more to Daphne than she lets on.

The mysterious woman grew up in Clover Ridge with her no-good dad, who apparently met his end at the hands of Daphne's brother, Billy. Still, Daphne proves a welcome distraction when Carrie's overbearing mother hits town. Mom's much younger husband, Tom, is in a movie that's lensing locally, and she's there to keep an eye on him: Tom's costar, sultry Ilana Reingold, is also his ex-fiancée, and there's no denying the chemistry is still there. Soon after mingling with the moviemakers at a meet-and-greet, Daphne is found dead.

Welcome, Marilyn/Allison, to Writers Who Kill.

Carrie Singleton has come a long way since showing up in Death Overdue with purple hair, Goth attire, and lacking direction. In Checked Out For Murder, Carrie is self-assured and in control. According to Booklist, Carrie is “An empathetic, principled main character….” What has accounted for the change? 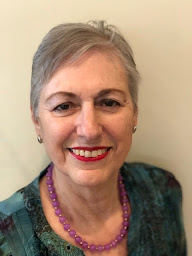 Carrie grew up in a dysfunctional family and lost her brother, the only stable person in her life, in her early twenties. After college, she moved from place to place, never feeling she belonged anywhere. She ends up staying with her great aunt and uncle in Clover Ridge, Connecticut, where she gets a low-level job in the local library. She's decided to move on when she's offered the position of head of programs and events, a position she is qualified to fill. Despite the sabotaging attempts of the reference librarian, who feels she should have been offered the position, Carrie does an outstanding job. Along the way she makes friends and develops a romantic relationship. Her self-esteem grows along with her successes in life.

Throughout this series, Carrie has been dealing with a dysfunctional family—a mother who is distant and a father who is in and out of prison. She is now helping to give her parents direction, which almost seems like a lost cause. Based on her history with them, why hasn’t she given up on them?

In Read and Gone, Carrie's father breaks into her cottage at three in the morning after not seeing his daughter in years. Jim Singleton wants Carrie to arrange a meeting with the local jeweler, who owes him from a heist they pulled off together. Outraged, Carrie refuses. The jeweler is found murdered and Jim is a suspect. Carrie, who has always loved her father but has been hurt by his absence from her life, is certain her father is innocent. Jim makes every attempt to show Carrie that he loves her, but Carrie is afraid to let down her guard and be hurt by him once again. When he makes huge changes in his life and goes straight their relationship begins to heal.

In Checked Out For Murder, Carrie's mother Linda comes to Clover Ridge when her second husband, who is twelve years her junior, is in a movie being filmed in town. Serious marital problems arise and Linda comes to stay with Carrie. The two women reach an understanding, but theirs is never a close bonding. Carrie learns to accept her mother as she is.

It seems that the resident ghost in the haunted library is able to give Carrie background information about the residents of the town, which Carrie has found invaluable, but that’s all. Why can’t she do more to help Carrie solve the crimes that occur in town?

Evelyn Havers lived all her life in Clover Ridge and worked as an aide in the library. She's able to give Carrie a good deal of background information about the townspeople as well as some common-sense advice. However, Evelyn holds back information that might be important to an investigation if it adversely affects the reputation of her two nieces and nephew. This is especially true when it comes to her niece Dorothy, a most unpleasant person, who is the reference librarian. At one point Evelyn even fears that Dorothy might have murdered someone.

Part of the setting for Checked Out For Murder takes place on a movie set. What inspired the movie angle? Have you had any experience with actors or movie productions?

I've had no experience with actors or movie productions. I simply thought it would be fun to have Clover Ridge play host to a group of actors and crew members as a movie is being filmed in town. A bit of excitement for the townspeople. I also liked the idea of creating a possible mystery connection between the movie people and the residents of Clover Ridge.

You started writing young adult fiction. Why to ? Do you still write for young adults? Which do you find to be more challenging?

I started to write middle grade and YA novels when my sons were quite young. Eventually, I found myself drawn to writing mysteries for adults, which has become my main focus. However, I've written a few in the past few years. I still need to finish a book—the third in a trilogy. While adult mysteries are longer and more complicated, writing for younger readers has its own challenges.

Of the skills you gained from teaching high school Spanish, which ones have helped you the most writing and promoting your books?

As a teacher, I was used to speaking in front of a group of people. I suppose this has given me a sense of comfort readings and interviews. I also found myself using classroom discussions in a few of my novels. In Murder a la Christie, my sleuth is a college professor who leads a Golden Age of Mystery book club. In this book, she leads discussions about various Christie mysteries while conducting her own murder investigation among the book club members. In Giving Up the Ghost, my sleuth is an English high school teacher and the students talk about The Great Gatsby.

Tell us something about your process. Do you know the victim, villain, motive, etc. before you start writing?

Since I am currently writing a series, I already have my sleuth, Carrie's friends and family, the library setting, and the town of Clover Ridge. I usually begin each book by coming up with two important elements or plot lines that form my framework: one that impacts Carrie's life or the life of someone dear to her and another that affects the library or the town. In Checked Out For Murder, Carrie's mother's arrival has an emotional impact on Carrie and the arrival of the film company involves the town and the library. New characters emerge, among them victims, suspects, and murderers. I usually know my victims when I start writing, but I have changed murderers midstream a few times.

Launching a book during a pandemic has to be hard. What are you doing differently to launch and promote Checked Our For Murder that you may not have done to promote your other books?

While I did a few in-person events to promote my previous books, most of my promotion was through social media. I continue to promote via social media: a virtual book tour, guest blogs giveaways, a Facebook party. I've also branched out a bit to include a few YouTube interviews, and I plan to do a bookstore Zoom event with three other cozy authors.

Any plans to include the pandemic in future books?

This is a great question, one that I've discussed with other authors. At present, I don't plan to write about the pandemic, at least not in the book I'm currently writing.

What has been the most important factor in your becoming a published writer? 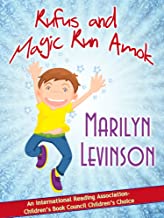 Persistence. I kept on writing even when I wasn't selling manuscripts. Achievements like the fact that one of my children's books, No Boys Allowed, was in print for over twenty years and Rufus and Magic Run Amok was an International Reading Association-Children's Book Council Children's Choice helped to encourage me to keep at it.

After writing several mysteries, you seem to have hit your stride with the Haunted Library series, the first of which was nominated for an Agatha Award, and all of them receiving accolades. What have you learned over the years that might help mystery writers just starting out?

Find the kind of book you want to write and write it. Continue to write. Read in the genre and subgenre you're writing. Find good critique partners. Remember that learning to write well is a process.

What is next for Carrie Singleton?

I’m almost finished writing the fifth Haunted Library book. It's June and love is in the air. Carrie's best friend gets married amid murder and mayhem.

Buy links for CHECKED OUT FOR MURDER: https://tinyurl.com/w73a2ae

Congratulations on your latest, Marilyn/Allison.

Congratulations on your book birthday!

This is a fabulous series. It's been a pleasure to follow Carrie as she grows as a character and learns to trust herself and come to terms with her past.

Thanks Jim, Margaret and Kait!! I'm having so much fun writing this series.

Delighted to see a new book in this series ... and to observe the fun you've been having with it.

I've enjoyed reading your series, Marilyn. So glad you have a successful and fun series ongoing.

Libraries, ghosts, old small towns--what could be better for a fun read?

Thanks for your comments, Debra, Elaine and Kathleen! When writing a series, I think it's imperative to have characters you love working with since you're going to be together for many, many hours.