The House Without A Key by Earl Derr Biggers: A Review by Warren Bull 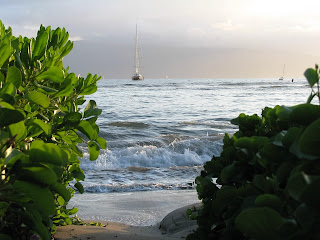 The House Without A Key by Earl Derr Biggers: A Review by Warren Bull

The House Without A Key was the first of six novels Earl Derr Biggers wrote about the Chinese detective Charlie Chan. It was published in 1925 when ideas about racism and stereotypes were quite different from today. The fractured English and aphorisms of Charlie Chan were elements the author used as humor.  They are not so funny now. Many people find the character to be an offensive stereotype. Choosing to avoid reading and hearing about Charlie Chan is an understandable moral decision.
I believe the character has a place in our culture. In addition to the six novels, 46 movies about Charlie Chan were made between 1926 and 1949. More recently a cartoon was made about him.
The House Without A Key was very well written. Reading it was a slide on ice. The protagonist, John Quincy Winterslip, is a proper Bostonian dispatched to the islands to retrieve his aunt Minerva. She visited Hawaii and stayed well past the time when a respectable member of the family would have returned. That has happened before.
In fact there have been a number of Winterslip family member who have shown a most improper tendency to abandon Boston, and their common sense in favor of wandering the world. John Quincy, however, has shown no tendency toward such behavior. He has a fiancé with an impeccable family background, a solid job and excellent prospects for the future. He has never had an adventure.
John Quincy finds himself oddly feeling at home in the strange city of San Francisco. His uncle who lives there offers him a job. When he arrives in Hawaii, he is even more of an outsider. The rest you can discover by reading The House Without A Key.
The solution to the mystery is a bit obvious and clunky. Nonetheless, the novel is a quick and enjoyable read. It may well be just my opinion, but rather than I laughing at Charlie Chan because of his broken English, I thought his statements were disguised humor about those around him. I thought I was laughing with him, not at him.

Interesting, Warren. I never really thought about the Charlie Chan books. For me, he has always on film!

I, too, knew Charlie Chan just from the old movies. I always thought he was miles ahead of the police and others who joked at his expense.
Yet another one for my tottering TBR, Warren!

I vaguely knew there were Charlie Chan book, but I've only seen the movies, and not all of them. I always thought he was having fun at the expense of the people who thought they were so superior to him.

Warren, another interesting book. I, too, did not know the Charlie Chan movies originated from a book or books.

there were books before the movies. Fascinating. So much fun to read your weekly posts.