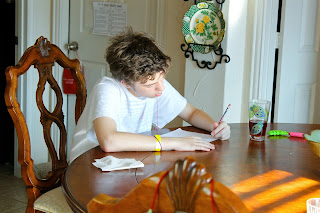 Spoiler Alert: If you haven’t read SCHOOL DAYS by Robert B. Parker, I suggest you stop reading this blog.  Read the book.  Come back to the blog.  What I want to write about gives a large part of the suspense away.

The resolution of the novel hinges on an adult woman having sex with a barely adolescent male.  The author correctly describes that behavior as sexual abuse of a minor.  In my thirty years as a clinical psychologist I have seen men who when they were young were sexually abused by adult women. The abuse damaged the self-esteem of the men I saw.  It contributed to their difficulty in forming healthy loving relationships with women.

No thinking person excuses the damage done to girls molested by men.  However there are still serious misconceptions about boys seduced by women.  Reactions such as “he got lucky early” or “I wish it had happened to me” by men make it harder for men who were molested as boys to talk about what happened.  I knew one woman who bragged about seducing an adolescent.

There are movies and books that express a young man’s coming of age by his having sex with an older woman.  It is an extremely common male fantasy.  Nothing in our culture tells young men that they should refrain from the activity, or consider why an adult woman would be interested in boys rather than men.  Nothing in our culture even hints at the damage it can do.

It would have been easy for the author to go with the “he got lucky” distortion of reality.  So I salute the late Robert B. Parker for writing about sexual abuse as sexual abuse.

Mysteries can deal with social issues and still be entertaining.  Can you mention a mystery that highlighted a social concern?
Posted by Warren Bull at 12:00 AM

My current WIP, a traditional mystery, has a substantial subplot about high school bullying and sexual assault.

I haven't read that particular book by Parker. But thank you for bring it to our attention, Warren.

I didn't read your blog, Warren, as I love Parker. I read his first YA, was this a second one he wrote before he died?

Good blog, Warren. Disturbing topic to say the least. When I was growing up a lot of late teen-aged males (I managed to grow up in a neighborhood of all boys-I think I served as the mascot) bragged about encounters with older women. At the time, I remember thinking they were full of it. Now, in retrospect, I have to wonder how much was fact and how much was wishful thinking. Parker was always a wonderful writer, and bits and pieces of his stories always on the edge.

Ridley Pearson's "The Art of Deception" deals with teenage runaways and the reasons they run to strangers for help. Strangers who in turn are sexual predators and worse.
It was written back in '02-I always wanted to say that, is 'spot on' in today's world. - Dennis

I love Parker's work especially his ability to say in one sentence what it would take other pages to say. I miss him. I think part of his understanding of these painful psychological/emotional issues can be partly attributed to his relationship with his wife, a therapist. I've never read any portrayal better of a psychiatrist than that of Susan in his books.

I'm pretty much a cozy reader, but I make an exception for Parker. I discovered his books at Sleuthfest when Ace Atkins spoke about being selected by the Parker family to write in the style of and under the name of Robert Parker. His presentation was so terrific that I first got a book by Parker in order to compare it to Spencer book by Ace Atkins. I was impressed by both. And I'm with Lesley, I really like his character Susan. I also read that Reed Coleman is continuing Parker's Jesse Stone series.

Haven't read it yet! It's on my tbr list.