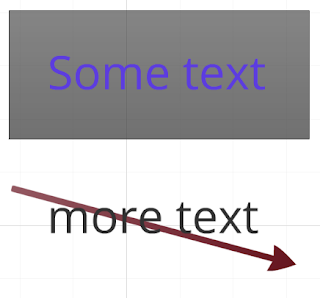 I recently read an interesting discussion on a listserv about self-published authors and whether they do (or should) use copyeditors. I am in the middle of proofreading Ant Farm after completing my review of the Kindle Press copyedits. What I discovered may help inform that conversation.

As readers of this blog may recall, my initial plan was to self-publish Ant Farm. Instead I decided to enter the book into the new Kindle Scout program. After the 30-day nomination period, Kindle Press selected it for publication. Although not required under our contract, they chose to give it a thorough copyediting.

I was fine with that; the more eyes on the manuscript, the more likely nothing would slip through. I didn’t expect the new editor to catch much. I had already paid for an edit of an earlier version of the book, and I had had a number of subsequent beta readers. Plus, both Jan (my better half) and I had carefully proofread Ant Farm before I submitted it to the Kindle Scout program.

Once I received the copyedits, it did not take me long to determine I was wrong on several counts. On the ninth line of the manuscript, the editor found an errant homonym that all previous readers had blasted right through. In addition to several homonym issues, the Kindle Press editor caught more than one factual error that I would have sworn I had checked and rechecked, and she noted a number of story questions. Nothing was major; I could resolve most of the questions with a line or two of text added or subtracted or moved around. 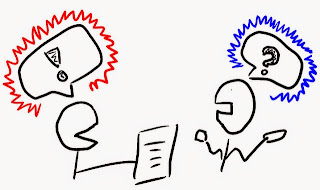 She also added a gallon’s worth of commas to match the Kindle Press style and hyphenated a ton of words that my dictionary had smushed together into single words. That’s a price I pay for switching publishers, each of whom has their own stylesheet.

The edit did not kick up any major issues, but the sum total of changes is a much-improved book.

So why wouldn’t every self-published author want a strong copyedit? It comes down to money and time. I do not know what Kindle Press paid the copyeditor, but based on the number of edits and comments, it took her quite a bit of time, and was probably not inexpensive. The process took many calendar days. Kindle Press accepted my book on March 2. I received the edits on April 29.

Based on the listserv discussion, it seems many self-published authors do not think the copy editing process is worth the cost. They also worry about lost sales during the two and a half months delay between when they have a “finished” manuscript and when the editing process is completed.

Each author has to perform their own cost/benefit analysis. After this experience, I will always choose to have professionals help me make my manuscript as strong as it can be before I release it to the world. It has to do with my pride of authorship. It also has to do with the kind of reader I am. Finding too many copyedits or factual errors can ruin the story for me. If they come early in my reading, I’ll put the book down and pick up something else.

Am I an old fuddy-duddy on this issue, or is the tide turning against books with poor editing?

You have courage, Jim. If you remember, I once wrote a blog about "publishing before your time," which elicited angst and anger from all self-published writers.

That issue aside, I now subscribe to Kindle Unlimited and read many self-published books. One book in particular caught my attention because of the topic presented in the jacket blurb. The topic attracted me. I downloaded it. The author didn't know how to punctuate dialogue. It was obviously an amateurish attempt. I was so disappointed but also so glad I hadn't paid much for the books (I downloaded and read more that month to divide the cost of Unlimited to discount the cost of each book!)

Had the author taken her script to a copy editor, not only would her book have been much better, she would also have paid for her education, her money well spent. If self-publishing, it's a must!

Well, EB -- the saying goes that "fools rush in where angels fear to tread." I have been known for a fool more than once. This may be another time!

Hi Jim, thanks for sharing your experience. I know how tough a decision this is. For me, it's a matter of expense, not preference. For each book, an author has to consider a content editor, copy editor and proofreader. Not to mention cover artist. I believe a good editor will always make a book better. But I also know I've read a number of books that I loved, both traditional and self-published, that would have benefitted from another round of editing. I still loved the books. A few typos aren't going to change that for me.

Like Jane, for me it's the cost. A friend of mine contacted a copy editor who wanted $6000 to edit her book. Most aren't quite that much, but at $2.00 a page or more, it's more than I'm willing to pay. I'd have to sell a gosh awful amount of books to break even. Instead, I rely on my beta readers and going over my book page by page numerous times, but like was mentioned, I've found numerous typos and errors even in the traditionally published books.

I believe writers should be carful to avoid publishing a book that is not completely ready. I know copy editors are expensive but coming out with work that is not up to your own standards has costs too. A sub-standard book will hang around your neck like an albatross. Readers will think you are a sub-standard writer. That perception will stick. And writers, especially early in their careers, are not the best judges of when a book is ready for publication

Like some of the other commenters, I would just be digging a deeper hole if I had every single self-publication edited professionally in its entirety. A self-publisher can never hope to earn back that kind of money. As it is, I haven't earned back what I paid for covers. I hope to, though! So we have a lot of people read for us and we do the best job we can. Even if we're not in this for the money, we're not in it for big losses either.

As an editor (developmental, line, and copy) of course I'm going to weigh in on the side of having your work edited. You simply can't spot all your own mistakes, and beta readers aren't professionals and thus won't spot them all either.

I believe in hiring a copyeditor. I recently downloaded a self-published book, loving the plot concept. By the end of the 1st chapter, I'd come across a couple of punctuation errors. I could have dealt with that but the fact that the protagonist had "auborn" hair did me in. Here was a book with great promise and I just gave up. I certainly wouldn't pay for another by the same author. Yes, there are errors in every book, traditionally published and self-published. But I believe the self-pubbed author needs to be extra vigilant. It's the "auborn" hair writers that give good, careful, self-pubbed authors a bad rap. AND a copyedit is not that expensive. You are not talking developmental edit. (Even then, $6000 is 6 times what it should be).
There will be many folks who disagree with me and that's okay. But if your name is on the cover, to my mind, you owe your reputation, your manuscript, and your readers the courtesy of a professional copyedit.
My two cents. As always Jim, a great post!

I wish I thought I could recover my costs of production, but I haven't yet. Still, I want my book to be as near perfect as I can make it, so I hire a copy editor, and my book designer casts her eye over it as well. I put the final production into my Kindle and stuff I hadn't seen before popped out at me. Even with all the care we had taken before, there were still mistakes.

I absolutely hire copy editors. I was fortunate to find an editor who did content and line edits. Then I hired a proofreader. I won't publish without this.

For me, having a professional edit is a must. I used to be an editor and I know how hard it is to edit my own copy.
I've seen spelling and grammar mistakes in traditionally published and self-pubbed books. They yanked me right out of the story. My favorite was during a love scene in a romance by (redacted) "He kissed her with a wonton passion." Sure is wanton if you like Chinese food! Hilarious!

I understand the reason for hiring copy editors, as well as other editors. It's important, but I think the cost is what stops most people. I know I can't edit my own work. I'm fortunate to have a few people who will read it for me (one is a retired newspaper editor; one went over Master's theses prior to them being published; one is a stickler for grammar & punctuation) so I don't have to rely on my own prowess, or lack there of.

I do have several things that are self-published (and have a few typos, which make me cringe) but most of my work has been published by small presses. Even after they send it through their editors, errors creep in.

When the editor questions content that I'm sure of, I get very frustrated and have spent time trying to track down documentation. For example, I had someone visiting an inmate in a state prison. When the visitor needed to use the restroom, the visit was immediately terminated, which the editor said was unreasonable. That one wasn't too hard to validate--I could find it on the guidelines for visits on a prison website.

Thanks for writing a post about editing. I agree with Warren, it's worse to publish something before it's ready. I need an editor now and a little worried about finding the right one. Congrats on the Kindle Scout program!