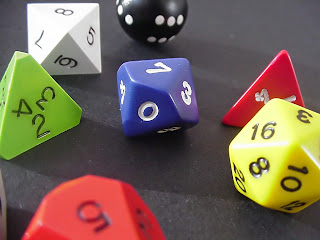 people did not understand the point of the meeting.  There was one item on the

agenda for discussion.  I could see that the decision we made about that item would

directly affect the long-term identity and purpose of the group.

settle the matter.  It was a “but we’ve always done it this way,” moment.

perfect balance.  As a therapist, I was much less interested in deciding about the

event and be useful for other resolving other issues when they came up.  Often in

child should go was the only goal.

I also remember once trying to help my son with his math problems.  He wanted

only to get answers for the homework problems.  He wanted them done as quickly

as possible.  One of his strategies was to guess several numbers in a row.  He was not

happy that I did not simply tell him the answer.  My goal was to teach him a method

of solving the problems that could be useful with similar problems.  Our opposing

goals frustrated both of us.

I will share my observations with the group because I care about what happens to it.

Have you ever had a similar experience?
Posted by Warren Bull at 12:00 AM

The main advantage of having been a math major in college is that it taught me how to think about problems: It was necessary to understand the underlying assumptions and only after that did it make sense to determine if the logic (calculations, etc.) followed correctly.

If you assume you are on a flat earth, you have to worry about falling off. It is important to have formulae to assure that you do not get too near the edge so you are accidentally sucked off. The calculations may be perfectly determined, but given we are on an ovoid planet, they are meaningless.

Math was something that never grabbed me. Words are like magic to me - numbers not. Of course, I know my basic math and do okay with it. As for meetings, I don't like meetings because they seem to ramble on forever with one or two people who never seem to know when to shut up or stop asking inane questions. The same topics seem to be repeated or gone over and over until I can't wait until the whole thing is over. I'm glad I have very few meetings to attend anymore.

I do wish you luck, Warren. You'll have to let us know what happens with that meeting. I hope they listen to you.
A few years ago in a management class I took, we were told that one of the most valuable people in the organization was the one who would disagree with the group consensus. Sounds like you may be that person - I hope the others in your organization will appreciate your viewpoint.

Warren, I think that's a common problem. Back when I was an administrator in higher ed, I attended many meetings like that one you describe. Most people seem reluctant to examine the framework they're using to make decisions or to consider possible other methods. Best of luck!

When I worked in the legal field, I went to many meetings like the one you attended. Eventually, I voiced my concerns during a meeting and became instantly unpopular. I hope you have better luck.