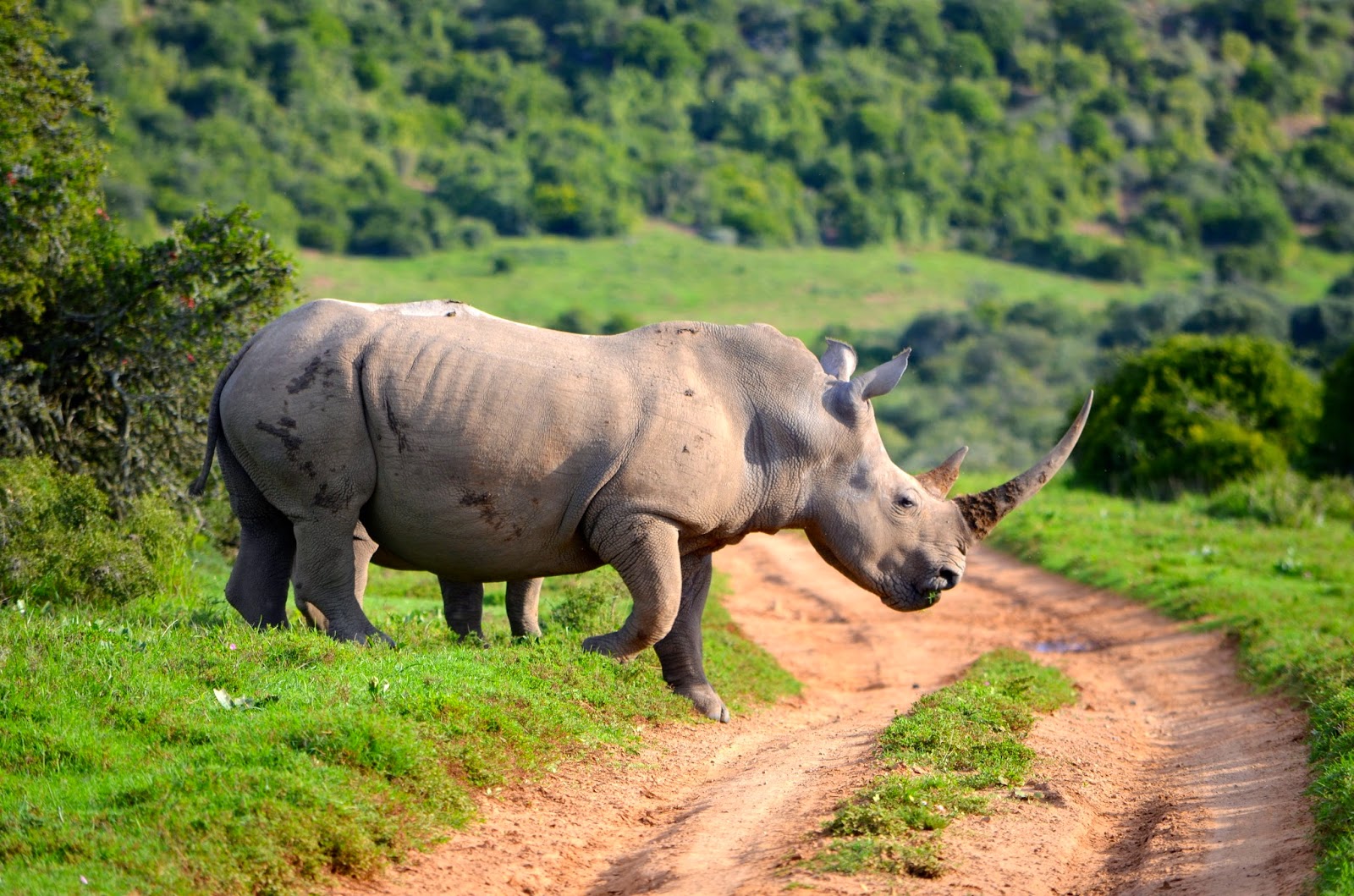 
Did you know there is a forensics laboratory devoted solely to crimes against wildlife?


The U.S. Fish and Wildlife Service Forensics Laboratory located in Ashland, Oregon is the only crime laboratory in the world of its kind.


Why is this lab so important? According to the television program TechKnow on Al Jazeera America and an article adapted from the interview, it’s on the front lines in a fight against the illegal trade in endangered species. Surprisingly, this 19 billion dollar industry is the fourth largest criminal industry in the world behind drugs, counterfeiting, and human trafficking. Also, it's connected to organized crime, militant groups and even al-Qaeda.


I was shocked to learn that since the 1970s the number of animal species has declined on average by half!
For example, the rhinoceros is being killed for its horn because people believe that it can cure medical problems even though it’s made of essentially the same substance as your fingernail. A rhino’s horn is worth $200,000 to $400,000 on the black market. Sadly, the rhino population has been devastated with fewer than 30,000 remaining in the wild. The Western black rhinoceros has been declared extinct. Time will tell if all rhinos become extinct.
Director Ken Goddard, who was working as a human CSI agent, built and now runs the wildlife forensics laboratory. In an interview he said that the most difficult part of setting up the crime lab was convincing agents they needed one to help catch poachers and other criminals.


The lab employs about fifteen scientists in five different areas (chemistry, criminalistics, genetics, morphology, and pathology). This team works for approximately 150 other countries that signed the CITES (Convention on International Trade in Endangered Species) Treaty.
The goal of the laboratory, similar to forensics labs that deal with human murder, is to link suspect, victim, and crime scene with physical evidence.


The science begins when a package arrives in evidence processing along with questions from field agents. Evidence items could be an entire animal or part of one depending on the size, or an object (a carving, leather from a purse, etc.) suspected of being from an animal. Often agents want to know what kind of animal it was and if it's on the endangered list. To make this determination, scientists might take DNA from the sample. For example, in the case of a rhino horn they may drill close to its core in order to obtain tissue. The tissue is crushed into fine powder and liquid is poured on it to break it down. Then it's compared with other samples in lab.


If the object is something like a carving, the procedure is more difficult. They need to look at chemical signatures to determine if it's rhinoceros keratin or another material like plastic.


Next, scientists determine if the animal was killed by an animal, an accidental death or killed by a human.


In the Al Jazeera news segment I watched, they showed an autopsy on a golden eagle that was found and sent in by a field agent. It was conducted similar to an autopsy on a human with the veterinary pathologist dictating into a headset microphone while working. During examination she determined that some of the eagle's feathers were singed which suggests it was probably electrocuted by a power line. In photos taken under special yellow light, the feathers glowed orange which was further proof of electrocution.
Penalties for animal crimes are much less than other crimes like drug trafficking. Punishment for killing an endangered species may be three years in prison and a fine of a few thousand dollars. To deter these killings, many people believe that the penalties need to be greater.
Director Ken Goddard said that the scientists are pushing the envelope every day to solve wildlife crimes. But they need more labs in different areas of the world to handle the case load. Currently they process 2,000 to 4,000 cases annually.
Of course, building and staffing new labs would take money.
I’m tossing out an idea because you never know who is reading this...Wouldn't it be great if the CSI franchise created a new TV show called “CSI for Animals” based on cases processed by this animal forensics lab and donated part of the proceeds to fund more labs?
What is your favorite wild animal?
Have you read any mysteries that feature an animal investigator?

Photo courtesy of Colin the Scot at https://www.flickr.com/photos/colinthescot
License https://creativecommons.org/licenses/by-nc-sa/2.0/
Posted by Kara Cerise at 12:00 AM

I had no idea there was a CSI for animals. Thanks for the information.

I hadn’t heard of this before. Interesting information. It is too bad there is only one lab in the entire world.

Like Warren and Jim, I had no idea there was a CSI for animals. I did know about the poaching of rhinos and elephants and other animals that has almost eliminated the white rhinos, and the reasons for it,too. It's sad.

We will have to make this a foursome. I too had no idea there was a CSI for animals, but when you stop to think about it, it makes sense. I did know that poaching activities are decimating many of the wild species of animals, but I never thought about how they tracked them. Surprised now that there is only one lab. Thank you for bringing this to the attention of a wider audience.

Jim and Warren, I was surprised to learn about this forensic lab for wildlife animals too.

Gloria, it's heartbreaking to see photos of rhinos with their horns cut off that were left to die. I'm glad that people are actively trying to track down poachers and middlemen who profit from endangered animals.

Kait, I don't know how just one lab can process all these cases either. I think the low penalties for someone who commits animal crimes as compared to other crimes encourage this behavior.

Kara, this is fascinating! And sad.

This is so cool, but how sad that it is necessary. I hope they catch those heartless poachers.

Very informative article. Let's just hope that they are able to contribute to the identification and capture of poachers.

Sarah, the television program about the lab was fascinating too. I made a suggestion to my niece, who is studying to be a veterinarian, that she intern there.

Shari, the treatment of these beautiful animals at the hands of poachers is very sad. Also, so many species are going extinct that I'm not sure how many will be left 100 years from now.

Grace, in addition to going after poachers they are also tracking and prosecuting the middlemen who sell to buyers.

If they could identify those who hurt animals, then pass their names onto the FBI to include them when a murder is committed it might shorten capture time. It's been proven that murderers often start by hurting animals. Thanks for letting us know about this, Kara!

Good idea, E. B. I read about Operation Crash where law enforcement infiltrated and cracked a crime ring that smuggled rhino horns. The article pointed out the global allure of wildlife crime and that the U.S. is an international transit hub for these items. Hopefully, some of these criminals are now in jail.