An Interview with Art Taylor by E. B. Davis

The Boy Detective & The Summer of ‘74 and Other Tales of Suspense features 16 stories that have collectively won an Edgar Award, two Anthony Awards (one as editor), four Agatha Awards, three Macavity Awards, and three Derringer Awards. From his first story for Ellery Queen's Mystery Magazine in 1995 to his latest for Alfred Hitchcock's Mystery Magazine-- the title story, 25 years in the making--this collection charts the development of Art Taylor's career so far... and turns the page toward more stories still ahead.
Amazon.com 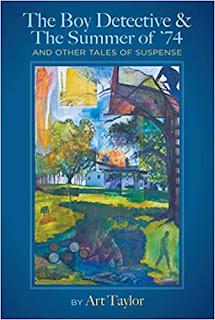 I had the pleasure of meeting Art Taylor through the Sisters in Crime Chesapeake Chapter. I’ve also had the honor of having my stories appear with Art’s in their anthologies—many years ago. I recognized a few of the short stories contained in Art Taylor’s new collection, The Boy Detective & The Summer of ’74, but many were new to me. Reading some of them individually over years didn’t provide the same experience as reading them together. Themes emerged from the collection I hadn’t gleaned before, threads weaving them together.

Many of your stories take place in North Carolina. Were you born and raised there?

I was indeed—Eastern North Carolina specifically. I grew up in a very small, very rural town—Richlands, NC—which had a population less than 1000 when I lived there, as I remember. I also lived in Goldsboro and in Raleigh—small town to larger city, which gave me a sense of Southern life and culture across a range of experiences. Not all of my stories are set in the South, but many are, perhaps most importantly the title story of the new collection, set in a small-town NC town that has at least some surface resemblance to the town I grew up in.

Is part of men’s chivalry toward women an effort to save women from themselves—their weaknesses, loneliness? Is the other half to civilize men who otherwise would act like beasts?

I would think it’s intended as a little of both, but those intentions clearly are undergirded by several layers of presumption and prejudice. The chivalric gesture comes with a lot of burdens for everyone involved. The story “The Boy Detective & The Summer of ’74” covers a lot of territory in terms of gender relations: the title character’s parents act along some traditional lines, with father as caretaker and mother as nurturer, and meanwhile all the boys in the neighborhood are struggling to figure out how to relate to the new girl who’s just moved into the neighborhood, with Cooper Hobbes (the boy detective) veering between taunting and teasing her along with his friends and trying to “be a man” and stand up for her. There’s more here about attitudes toward women—protecting them from others, protecting them from themselves, objectifying them…. This is one of the subjects I set out to explore in the story.

What are the parameters by which you assess a story to be finished? 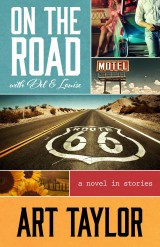 At first I was tempted to answer this one by focusing on the question of endings. What makes a good finish to a story? a satisfying finish for the reader? Endings are maybe the hardest parts of a story to get right, since I think the best endings have to balance an element of surprise against a feeling of resolution and also have to be in sync with everything that came before. It’s that latter point, however, that you have to focus on as a writer of short stories before one feels finished—how the whole story works in some kind of harmony: sufficient character development, well-paced conflicts and plot progression, and then some pattern of themes or motifs to help it all cohere. It takes a lot of rereading and revision for me to feel like a story is somehow done.

Cooper, at an age of low double digits, plays at being a detective and ends up solving the case. The knowledge he gains propels him into adulthood. I felt sorry for him. Is there that one point in time when the acquisition of knowledge causes us to suddenly become adults?

“The Boy Detective & The Summer of ’74” is indeed as much of a coming-of-age story as it is a mystery, and Cooper’s coming-of-age comes with some awareness of adult responsibility and of the consequences for one’s actions, all of it tied up with some new knowledge of both the world around him and his own place in it. In fiction, I think it might be easier to dramatize all that as a moment or series of moments, but real life is a lot messier, those kinds of revelations often accruing weight over a larger span of time.

Some of your characters seem insane or at least on the edge of madness. Some live within the fictional plots they read, imagining their real lives parallel to the fiction. Some create reality from their imaginings, which doubles back and slams them. And some find a cruel or disturbing reality when they thought they were pretending. How is anyone supposed to define reality?

Ooh! A big question. Many of my characters are indeed struggling to make sense of their worlds—often seeing events through a troubled lens: whether preconceptions or prejudices or some blurry romanticism or, yes, some level of madness. But I think that whatever the perception is, the reality of the situation can still peek through—and sometimes that’s the point of the story, with reality coming hard at a character who has misjudged things in some way. A story like “Ithaca 37,” for example, depends almost entirely on an unreliable narrator who can’t help but view things through the warped lens of the movies he’s watched, but I think readers can see pretty quickly that he’s not to be trusted and can understand what’s really going on, even if he, unfortunately, never does. 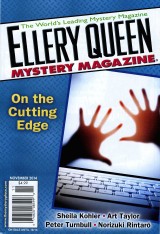 Does each of us have two lives, one open and the other running its course in secret?

Oh, goodness…. This does take us into some heavy territory. Maybe it says more about me than about the world that I’d answer yes? One of the things I try to do in my stories is to chart the differences between how characters present themselves on the one hand and, on the other, what they really want or how they really feel. I imagine most people have at some point felt a distance between what they’re feeling, wanting, fearing, etc. and what they’d like to admit to feeling, wanting, fearing, etc. It’s probably overstatement to call each of those moments “two lives,” but that distance, and the conflicts spanning that distance, are indeed part of what interests me about the characters in my stories, many of which are dealing with both inner conflicts and struggles with other characters, often with a relationship between those internal and external troubles. It’s good drama, at least!

Are only sociopaths and psychopaths sure of themselves? Is this why I distrust politicians?

Ha! I think confidence can come from a variety of places—some good, some not so much.  I’ve got a few characters who seem confident to the point of being cocksure, and I’ll admit I don’t like those characters much myself.

Your stories enlightened me as to how men’s relationships are fraught with difficulties. Men marginalize and objectify women as a result of competition. Is there always competition resulting in dominance or submission? Can there ever be equality or must the equality be earned by measurement?

As I mentioned above in that question about chivalry, gender relations can indeed be complicated—for everyone involved. Of all my stories, “The Care & Feeding of Houseplants” seems the one that most explores the issues of competition, marginalization, and objectification you’re talking about. That story explores a love triangle: a married woman having an affair with one of her co-workers, and then the co-worker invites the couple over for dinner—in part so that he can ridicule the cuckolded husband. Yikes! Talk about competition—and with that woman in the middle like a trophy of some kind to be won or lost. Here’s a bit of background on that story. It took me several years to write it, because the first drafts had two perspectives: the husband and the lover—which was the central flaw of those early drafts. It was only after I added in another thread, all from the woman’s point of view, that the story began to open up a little more, come to full bloom (to play on the story’s title). It wasn’t that I’d meant to objectify that character myself, at least I hope not, but giving her voice definitely made the difference.

Is there a real Delwood out there? 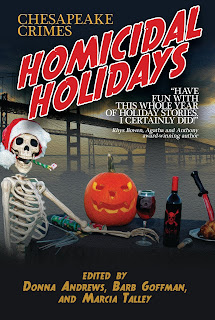 Oh, I hope so! If not in terms of his criminality, at least in terms of his personality. I do find him very charming in his own way. Louise narrated their journeys throughout On the Road With Del & Louise—and to nod back to the previous question about gender relations, competition, and dominance, it’s her voice that is the real strength in that book, even as she struggles sometimes to feel like she’s on equal footing with Del. But that said, I’ve often considered the idea of returning to those characters and telling a story sometime from his point of view.

I’m answering these questions in the middle of the night, unable to sleep, anxious about everything going on in the world these days, imagining—despite myself—some of the worst things that might still lie ahead. Imagination isn’t always like that, of course. It can be magical, exciting, liberating—and I guess that’s what I was trying to get at with my metaphor there, even if I didn’t express it as cleanly as I could’ve: anxiety as the flipside of some of the better qualities of imagination.

Hopefully I put imagination to good use in creating the worlds of my stories, hopefully there’s plenty there for readers to enjoy, even as characters struggle with their own troubles and anxieties. 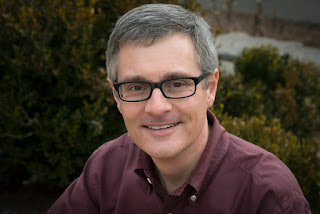