What to say (and what not to say)

I talked with a friend of mine who was recently injured in a dramatic automobile accident. Her life was never in danger but she had broken ribs and a broken sternum.  I only found out she had been injured when a friend of a friend told me. 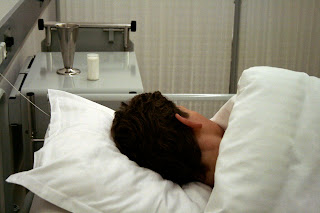 During our phone discussion I mentioned that I would not tell anyone else about her injuries without her consent. She said she was not keeping the accident a secret but earlier in her life she had a lengthy major illness and as a result many people started to treat her like she represented her illness.  I said understood, having had a very similar experience.  To some well-intentioned people I have come to stand for cancer. We talked about what is helpful and what is not helpful when talking with someone who has a serious illness.  I thought I might share some of our thoughts in this blog.  Just about everyone at some point or another has family members and/or friends with serious medical problems.

Asking, “How do you feel?” is fine.  It shows concern. In our culture, when someone asks, “How are you?” he or she is rarely interested in a detailed answer about your health.  You might avoid that phrase. It is never wrong to ask: Is there something I can do for you or your family? Shopping, cooking, shuttling children, laundry and cleaning are some of the activities that can be very helpful to a family where one or more members are ill.  It may be helpful to ask about a specific idea.

It doesn’t hurt to discuss your intended actions with the caretaker. After each of my two bone marrow transplants, because of my compromised immune system, for some time I could not eat food prepared outside my home. I could not have plants or children anywhere near me. A friend sent flowers, which was a sweet thought, but I never saw them. Other friends brought food that I could not eat.  People helped sometimes by giving my wife a break. They stayed in our house so she could leave.  That was while I was medically at risk. The doctors said I had to have a way to get to the hospital quickly at all times if certain symptoms occurred.

Taking children in the family on an outing, running errands, picking up needed medication, offering a shoulder to cry on and listening without judgment or giving advice are other helpful actions.

What not to say

Speaking only for myself here, I sometimes reacted to the statement, “You look good” with the thought —You mean you’re surprised I’m still alive?— at other times I wanted to say —I might look good but I feel like sh*t.  I know it’s supposed to sound encouraging.  To me it did not.
“You’re so brave,” is a phrase I find annoying.  There isn’t anything ennobling about coming down with an illness. I didn’t volunteer for it.  Some people respond to challenges by demonstrating good character, but they might not appreciate hearing about it.

Pitying someone puts you in the superior position. Treating someone like they embody the illness serves your needs, not the needs of the challenged person.

Have you had a medical problem like mine?  What do you say to someone who is?
Or do you just avoid people who are medically fragile?
Posted by Warren Bull at 12:00 AM

Warren, what a thoughtful post. So often people mean well and don't realize the impact of their words and actions. Sometimes, just being available to meet another person's needs is the best response. Thanks for reminding us.

Thank you for making this post, Warren. You've written about a sensitive subject, but have somehow managed to provide both personal insight and excellent advice.

HI Warren. I've been treated for non-Hodgkins lymphoma. I think I was lucky. Most people did not say anything that bothered me and did not avoid me. I did have a few folks who think I was incredibly optimistic. I just felt that it did no good to feel despair. In many ways, it was harder for me when my grandson was discovered to have Hodgkin's lymphoma last year.

I got many supportive cards from friends and co-workers. I think the cards with personal notes may have meant the most to me. One person insisted on bringing me a meal which I did appreciate once I was past the no appetite stage.

I am lucky. Right now both my grandson & I are clear. We're hoping it stays that way & are living our lives much as we would have before we had cancer. He's in college & doing well this semester.

Good post. When my daughter's husband was killed in the line of duty (deputy) she hated it when people said nothing when they saw her. She said it made her feel like they didn't care that Mike was gone. So, when someone dies, I always make sure the loved ones know that I am so sorry for their loss--and give them a hug.

Jody, Best wishes to you and your grandson.

Marilyn, Good for you.

It's hard, Warren, because people don't know what to say. They blunder even when their intentions are good. Thanks for letting us know and forgive those of us who don't always say just the right thing.

EB, I know its hard. I hope this helps.

Thanks for a good blog, Warren. I usually just ask "How's it going?" giving the other person a chance to complain or not depending on their mood. I also offer to do specific things and give them a chance to say yes or no.

It's hard for most people to know what to say to someone grieving from the loss of a loved one. I found people saying "At least you have other kids," offensive when my oldest son died. Although there was some truth in that, it sounds almost as if you have more kids, the loss of one is no big deal. Perhaps the most offensive comment came from my mother-in-law when she came to our house within an hour after my son had died at home. The first thing she wanted to know was how many breaths he took at the end. Needless to say, I didn't answer her. I also found many friends avoided me after he died. I know it was because they didn't know what to say, but one friend showed up almost every day just to have coffee with me or to ask me if I wanted to go to lunch. She was there to listen and that is important.

Gloria, Thanks for sharing.

Great insights here. Thanks for sharing them.

Warren,
A very good post. These last five months I've been at the other end of it--going to the hospital or rehab each day to see my husband, who is ill. I appreciate people expressing their care, calling to see how Bernie's doing, or asking me to join them to take in a movie or dinner.
Sometimes the calls get to be a bit much, so I don't talk for long. I tell myself they care enough to call.

Thanks for providing a different point of View, Marilyn.

Great post. Sometimes people just don't know what to say and consequently wind up saying something inappropriate. I wish your post had been available earlier.

Last year I had a rather scary diagnosis with a disease that a second opinion discovered was incorrect. Before the second opinion a friend (of twenty years) went to my husband and volunteered to help with the funeral arrangements when I died. My husband was so shocked he couldn't even reply. While the friend may have thought he was being helpful, they have not spoken since: all because of an inappropriate offer of help.

Terrific post, Warren. Thanks for sharing your wisdom. I laughed when I read, "I might look good but I feel like sh*t." Man, I've been there too many times.

I've learned that a lot of people don't know how to just sit and *be* with a person who is ill. They're so uncomfortable that they say and do things to make themselves feel better at the expense of the sick person. Anyone who can be there for you without trying to fix everything is a gem of a friend.