Being Selective about Short Story Submissions

We’re fortunate to be going through a time when short stories are in demand. The opportunities for publication online as well as in magazines and anthologies are excellent. In addition, the resources for identifying publishing venues, such as Duotrope, The Submission Grinder, the Short Mystery Fiction Society (SMFS), Sisters in Crime and its affiliated chapters, and Mystery Writers of America (MWA), are plentiful. 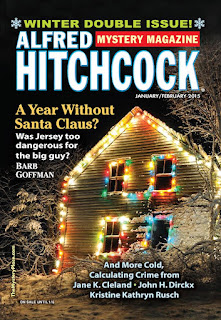 No matter what stage of your career you are in, writing short stories may be beneficial. If you’re a beginner, publication in a competitive or peer reviewed market provides writing credits and places to refer potential readers. If someone wants a taste of your work, you can direct them to your website, but sending them to an online or published journal with other authors shows that you are serious about the business.

While not a paying market, the online magazine Kings River Life (KRL), based in California, features many mystery stories and book reviews. In addition, KRL has developed a Mystery Rat’s Maze Podcast, where authors read their short stories or portions of their novels. “Just Desserts for Johnny,” by Edith Maxwell, published in KRL in 2014, was nominated for an Agatha award. KRL is an excellent and respected place for debut and later publications. 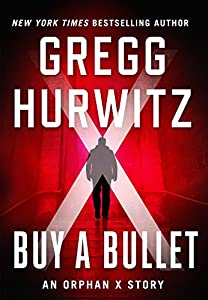 A number of established authors publish short stories between the release of their series novels. Several are available on Amazon. Gregg Hurwitz has three Orphan X stories, “Buy a Bullet,” “The List,” and “The Intern.” Robert Dugoni explores his protagonist Tracy Crosswhite’s earlier history in “The Academy” and “Third Watch.” Sasscer Hill’s “Racing from Evil” is a prequel novella for her Nikki Latrelle series. Because the prequel follows the protagonist at age thirteen, it is written to appeal to young adult readers and introduce them to her other novels.

By publishing shorts about a serial character, an author can take on hybrid status, being both writer and editor for the work. In “Low Tide at Tybee,” fellow blogger James M. Jackson (aka Jim) has his Seamus McCree visiting the South. Jim also has combined novels and short stories in Seamus McCree UP North: A Compendium.

Short stories offer writers the ability to experiment by trying out different genres or types of mysteries. Blogging partner Debra H. Goldstein writes the Sarah Blair cozy series, but in her short stories, like “The Night They Burned Miss Dixie’s Place” (nominated for an Agatha), she explores darker territory. Dana Cameron’s Emma Fielding novels have gone from being successful traditional mysteries to a Hallmark televised series. She began writing about her werewolf Fangborn characters in short stories and has transitioned to novels about them. 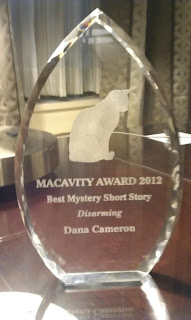 Why might an author want to be more selective about the market for submitting a short story? Certainly money may be a factor. Paying markets like Alfred Hitchcock Mystery Magazine, Ellery Queen Mystery Magazine, The Strand, and Woman’s World will be more competitive, but they are recognized and more frequently read by mystery readers. Also, the editors from these magazines often look for additional stories from authors they have worked with and admire.

Appearing in these magazines builds a solid professional status in the industry. The stories in these periodicals along with those in anthologies published by Bouchercon, Malice Domestic, and Sisters in Crime chapters are often on the nominated lists for Agathas (Malice Domestic), Anthonys (Bouchercon), Derringers (SMFS), and Macavities (Mystery Readers International). Some awards have a best anthology category. Even if your story is not nominated, being in an award winning anthology can be prestigious. 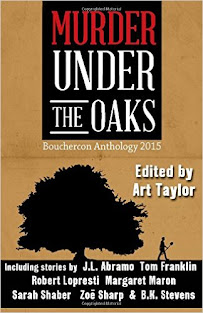 NOTE: Murder Under the Oaks, the 2015 Bouchercon Anthology edited by Art Taylor, won the Anthony for Best Anthology at the Raleigh Bouchercon.

Short story writers may be associate members of MWA, but unless they have been paid at least a cumulative total of $200 from publishers ($25 per work) on MWA’s approved list, they cannot participate as active members. While associates receive newsletters and may attend functions, they are not eligible to be elected as national or chapter officers or to vote on certain matters. Again, becoming an active member through publication in approved markets elevates a writer’s status within the community.

As with any endeavor, an author should consider what goals may be achieved by writing short stories. Perhaps, if writing is a second job, short stories may offer the best means of publication. Alternatively, an author may find writing shorts useful for taking breaks from longer projects or for trying a different genre or style.

Often writers are urged to use dialogue for several purposes. Similarly, if crafting and publishing a short story can teach as well as help build a career, why not aim for the multiple benefits?

Thanks for the shout-out, Paula. I agree there are multiple benefits for both authors and readers. Every story has a right length. Although I tend to think in terms of novels with lots of twists and turns, sometimes the laser focus of a short story is the perfect size.

This is terrific, Paula, lots of great info here. I hope you're finding time to write more short stories.

Great piece and great news. Thanks for including me in your list.

A fine overview of my favorite aspect of crime fiction, Paula. Thanks for writing it — and for including me on your list!

I love short stories! Reading them, writing them, reading about them.

Good information, Paula. Thanks for putting it together.

When I started writing fiction, I never imagined I'd end up specializing in short stories, but I couldn't be happier doing it. Thanks for the column, Paula, and for mentioning me.

Thanks so much to everyone who stopped by today. I see so many writers whose work I truly admire.

Jim, I was delighted to find that Seamus spent a little more time in the South! You are so wise to combine longer and shorter works for readers to enjoy.

Margaret, I love your idea. I discovered story dispensers in Boston. They gave the option of how many words the reader wanted.

Thank you, Kait. I appreciate your kindness.

Shari, I need to make more time for writing them. I hope your long and short writing is going well!

Martha, Suspense Magazine is a great resource. Also, Mystery Weekly, even though it's a monthly instead of a weekly magazine.

Joe, I've been honored to follow your career since your winning the Bill Crider prize at Dallas Bouchercon.

Thanks, Robert. I appreciate all you do for the mystery writing community.

Josh, you must be surrounded by music with your Jimmy Buffet and Joni Mitchell anthologies out and your Bill Joel one available for pre-order. (All great reads--check them out!)

Kathleen, your short stories always are so well crafted. They are a real pleasure to read.

Molly, thank you so much!

Barb, you are truly a master. Looking forward to your next collection!

Fascinating and informative. Thanks for sharing, Paula!

Great post! And I am so happy that short stories are now being given the recognition they deserve.

Jennifer and Judy, thank you so much!