An Interview With Laura Jensen Walker

Each spring, fans writers of traditional mysteries who have registered for the Malice Domestic Conference vote on books that were nominated for an Agatha Award in various categories. It’s always exciting to see which books have been nominated, especially those in the Best First Novel category—those authors who have launched their first mystery novel. Among those nominated for Best First Novel was Laura Jensen Walker, who joins us today to talk about her nomination for Murder Most Sweet and her second mystery, Hope, Faith, & a Corpse, which came out recently.

What the Book is About 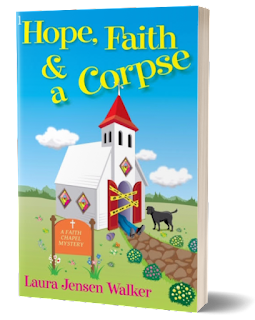 Hope Taylor arrives in Apple Springs to start her new life as the first female pastor of Faith Chapel Episcopal Church. The northern California town’s quaint cottages, bungalows, and shops promise a fresh start for the 42-year-old widow and Bogie, her scruffy black Labrador. But where is Father Christopher? The kindly old rector who hired Pastor Hope was supposed to meet her upon her arrival, but he’s nowhere to be seen. Hope’s faith springs eternal, so she explores the little white church hoping to find Father Christopher. But when she enters the columbarium, she instead finds church elder Stanley King–his skull crushed by a fallen burial urn.

Hope had made Stanley’s acquaintance and had struggled to take a charitable view of his character. Stanley was as wicked as he was wealthy, as petty as he was pious. His soul may have been holy, but his behavior was wholly rotten. The last time Hope had seen him, he had shouted drunkenly that she would preach at Faith Chapel over his dead body.

Many of the townsfolk witnessed the altercation, so Hope finds herself as the prime suspect in Stanley’s murder. With Bogie’s four-footed assistance, Hope is determined to find the real killer and clear her name…even if it will require a bit of divine intervention.

Welcome, Laura, to Writers Who Kill.

Hope, Faith & a Corpse features Hope Taylor, the new pastor of Faith Chapel Episcopal Church. What prompted you to make the main character of this book a priest? 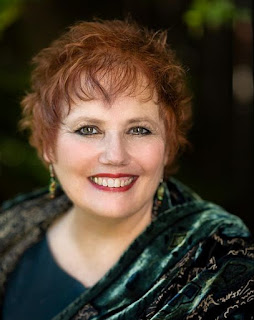 I belong to a neighborhood Episcopal church, where we have had two wonderful women as our rectors in the past decade whom I greatly admire and respect. I wanted to give a tip of the hat to women clergy. Also, I adore The Vicar of Dibley and Father Brown TV shows and thought it would be fun to marry the two.

Mystery writers are encouraged to have of some type on every page. You did that in spades. Poor Hope faces resistance to a woman priest by some parishioners, other church members resist her involvement in planning social events, and she is accused of murdering a parishioner. Not including a murder, does church life usually provide such fodder for a mystery?

It certainly can. I’ve attended many churches over the course of my life, and some have provided their fair share of petty squabbles between members of the congregation, particularly in the planning of social events and who’s in charge. But then, every workplace has conflicts. I also interviewed a couple of women priests who shared their stories of resistance to women clergy from some parishioners when they first started out. And not just from men.

Hope is a recent widow. What prompted her to become a priest, totally changing her life? 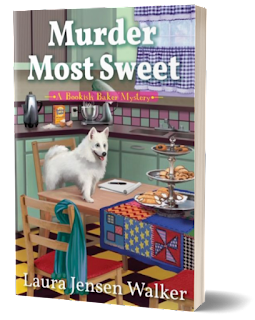 Hope actually got “the (spiritual) call” to be a priest while she was still married, and her older husband was proud and supportive of his wife’s career change from teacher to priest. Sadly, he passed away before he could see her become the associate pastor of Faith Chapel. Hope likes helping people; it’s in her nature, so ministering to others was a perfect fit.

Murder Most Sweet, the first book in your Bookish Baker Mysteries, was recently nominated for an Agatha Award for Best First Novel. What has that experience been like?

Unbelievable, incredible, and amazing! I still can’t believe my first cozy has been nominated for an Agatha. I wasn’t even sure I could write a mystery since I’m a , not a plotter, so to have it nominated for this prestigious award is quite an honor. I feel a bit like Sally Field; “You like me, you really like me!”

Please tell us about your Bookish Baker Mysteries?

Teddie St. John, my main character (and bookish baker) is a breast cancer survivor who chose to go flat after her second mastectomy and to follow her lifelong dream of becoming an author. She now writes cozy mysteries and lives in a small Wisconsin town where she loves to bake for her family and friends. I created these mysteries as an homage to growing up in Racine, Wisconsin, home to fabulous Danish pastries, including delectable, mouth-watering kringle, the official state pastry. Teddie becomes an accidental sleuth in Murder Most when her scarf is found around the neck of a strangled woman and she must prove her innocence.

How has it been writing two separate mystery series, especially so close together? 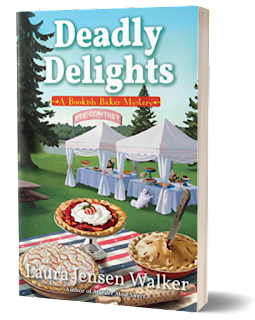 Confusing. My husband still doesn’t know which book is which. And exhausting. I was still working full-time when I wrote both books. Happily, I took early retirement to focus exclusively on my writing. As for keeping the two books straight, I finally had to create a list of characters and events for each book so I wouldn’t confuse the two.

Before writing this book, you wrote chick lit. What is the difference between chick lit and romance?

Humor and designer clothes. Chick lit is usually fun, sassy, and snarky, and told in person. (Think Bridget Jones’s Diary.) It usually has to do with contemporary single women’s life and struggles—finding the right job, the perfect pair of shoes, meddling mothers, longing for Mr. Right, etc. Chick lit also usually appeals to younger women, while I think romance may appeal to a broader age group.

Why the switch to mysteries?

After my last novel came out in 2009, I was tired and burned out after writing 17 books in 12 years, so I took a long writing sabbatical, not sure I ever wanted to write another book. Happily, a few years ago, the writing urge returned, but I didn’t know what I wanted to write—I just knew it wasn’t . That ship had sailed. A longtime editor friend who knows me well suggested I try my hand at cozy mysteries. Initially, I demurred because I’m not a plotter and mysteries are all about plot. I didn’t think this could write a mystery. Luckily, I was wrong. Cozies have turned out to be a perfect fit for me.

Which do you find more challenging to write, mystery or ?

Please tell us about your nonfiction book, Thanks for the Mammogram. 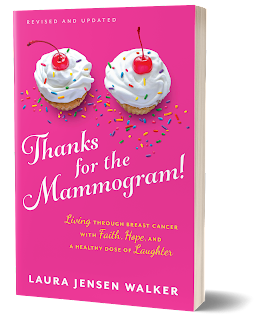 As a longtime breast cancer survivor, years ago I wrote about my journey through breast cancer and how my faith and sense of humor helped me through that difficult time. Laughter truly is the best medicine. Thanks for the Mammogram initially released in 2000, and I received many letters from women going through breast cancer who said how much my little pink book had helped encourage them and gave them hope. Last fall, my publisher came out with a revised version where I brought readers up to date, including sharing the Bye, Bye Booby party I held the night before my second mastectomy. At that party, one of my girlfriends brought me “Nipples of Venus” cupcakes—white frosted cupcakes with a cherry on top. My publisher recreated that event on the fun cover.

Do you plan to write more Faith Chapel mysteries? If so, what’s next for Hope Taylor?

I hope to, but I’m not contracted for any more books (yet.) Fingers crossed. I have a few ideas brewing but am not ready to share them. I can tell you this, however… someone’s going to die.

What’s next in your Bookish Baker series?

My second Bookish Baker Mystery, Deadly Delights, a Midwestern small-town take on The Great British Baking Show, releases June 8. Teddie competes in the local baking contest, but the morning after the first event, head judge Les Morris (the town lecher who hit on every woman in sight) is found dead, face-down in a coconut-cream pie, with Teddie’s distinctive embossed rolling pin nearby—covered in Les’s blood. With the help of her Three Musketeers pals, Char and Sharon, Teddie must concoct a recipe to clear her name.

I’m thrilled that Deadly Delights has been getting some great advance reviews:

For additional information about Laura Jensen Walker and her books, follow her at www.laurajensenwalker.com

It's nice to see a protagonist who is not physically "perfect" and who has to deal with the difficulties of being a cancer survivor. Those of us who have loved ones who have suffered from breast cancer, or have done so ourselves, appreciate a character who encompasses this in her life without it being the entire focus.

Congratulations on your new series!

What a writing career you've had, Laura, and what a wonderful interview. I hope I get the chance to meet up with you at an in-person conference sometime. You delve into so many interesting topics and I'd love to hear more. Good luck with the new series, and yes, please, in all your spare time write another Faith Chapel Mystery.

Thanks, KM. I appreciate your comment! As a longtime breast cancer survivor who also chose to go flat after my second mastectomy, I wanted to see someone like me (and so many others who've gone through breast cancer) in a cozy mystery. I also wanted to show that breasts don't define a woman. Teddie, like me, doesn't let her lack of breasts stop her from anything (including catching the eye of a visiting bestselling author.)

Thanks, Margaret! I had so much fun writing Hope.

Molly, thank you. I hope to meet you too (and Grace, and Connie, and so many off my other mystery-writing pals I only know online. I'm going to Left Coast Crime next spring in Albuquerque and also plan to go to Malice Domestic, so if you're attending either of those conferences, let's definitely meet up! (You'll be happy to know I've started playing around with some ideas for another Faith Chapel mystery.)

Wonderful interview! Big congratulations on your Agatha nomination, Laura! Faith sounds like a character readers will like to spend time with. Best wishes for you and for the series going forward.

Thanks, Shari! I'm thrilled to bits by the Agatha nom! And here's hoping my publisher decides to continue my Faith Chapel series. Fingers crossed!