An Interview with Author M. E. Hilliard by E. B. Davis

“I never faint. I’m not the type.” I was the type who drank too much

and made inappropriate comments. Fainting would be better.

Greer Hogan is a librarian and an avid reader of murder mysteries. She also has a habit of stumbling upon murdered bodies. The first was her husband's, and the tragic loss led Greer to leave New York behind for a new start in the Village of Raven Hill. But her new home becomes less idyllic when she discovers her best friend sprawled dead on the floor of the library.

Was her friend's demise related to two other deaths that the police deemed accidental? Do the residents of this insular village hold dark secrets about another murder, decades ago? Does a serial killer haunt Raven Hill?

As the body count rises, Greer's anxious musings take a darker turn when she uncovers unexpected and distressing information about her own husband's death...and the man who went to prison for his murder. She is racked with guilt at the possibility that her testimony may have helped to convict an innocent man.

Though Greer admires the masters of deduction she reads about in books, she never expected to have to solve a mystery herself. Fortunately, she possesses a quick wit and a librarian's natural resourcefulness. But will that be enough to protect her from a brilliant, diabolical murderer?

And even if Greer manages to catch the Raven Hill killer, will living with her conscience prove a fate worse than death? 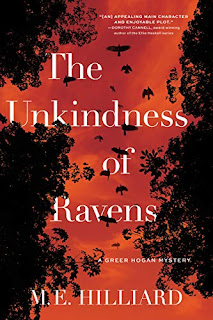 In The Unkindness of Ravens, Greer has starting a new career in a new place when an old occurrence happens—a body falls at her feet. Greer has flashbacks of her husband’s body, but that isn’t the only haunting she has. Greer is consumed by murder mysteries, their images and language. She is able to recall key sentences of her favorite authors and make use of their detective methods. If nothing else, Greer is a pragmatist. She does the best she can do, given the situation.

What I liked best about her? She believes what a young girl tells her, things others would assume to be fantasy.

Why is Greer drawn to Trixie Belden and the entire “girl detective” persona?

Greer was a smart, independent kid who liked to solve puzzles, and she never grew out of that. Many of us don’t! So she sees herself in those characters. As she gets older, she keeps reading mysteries. A lot of amateur sleuths are women, and Greer just knows in her heart that she could solve those crimes if she had to. Fortunately, she’s right. 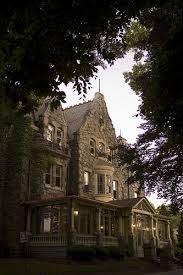 Raven Hill Public Library is housed in Raven Hill Manor, an architectural gothic-styled building left to the town by the Ravenscroft family. It’s sort of a spooky structure that has resident ravens. Greer thinks it has “quirky charm.” What part does the manor play? It’s more than a set.

I think of the manor as a character. It has a personality, may well be haunted, and seems to be on Greer’s side most of the time. It’s a kind of cranky old relative, and a mystery unto itself. Whether it’s the contents of the attics, or the floors that creak and doors that stick (or don’t) for no apparent reason, you never really know what you’re going to get.

Where are the Helderberg Mountains? Greer can see them in the distance from the town. Is Raven Hill based on another town or does it exist?

The Helderbergs are in upstate New York, a little west of Albany. Raven Hill is fictional, but there are a lot of small towns around Albany and the rest of what’s known as the Capital District. I also lived in small towns in Connecticut for much of my childhood. Raven Hill is a combination of all of them.

When Greer finds a body at the bottom of the stairs to a rooftop terrace at Ravens Hill Manor, she becomes a suspect. Not only did she find the body, but the victim, Joanna, is the only person in town she knew before she moved there. Was it a coincidence that Greer moved to the same town where Joanna lived?

Joanna let Greer know about the job posting. They’d met in college, lost touch, and then reconnected on social media. So not a coincidence, but something of a happy accident that there was an opening shortly after Greer finished grad school.

You use voices inside Greer’s head to bring in backstory. Voices that haunt her from the past—the guy convicted of her husband’s murder, Danny’s voice, Joanna’s voice. Do phrases, both written and verbal, attract Greer’s attention like details caught Joanna’s attention?

She’s a lifelong reader, so words are important to her. If a phrase makes an impression initially, it’s likely to stick, especially if there’s a strong emotional association. Joanna is similar, but she’s a journalist, so for her it’s details that raise questions, or suggest a story.

What is it about rules that bug Greer?

Growing up with a bossy older sister! Also, as you said, she’s a pragmatist, so if a rule makes sense, she’ll follow it. If it doesn’t and it’s in her way, she’ll ignore it, or work around it.

They were brought in, but undercover. Greer finally gets Jennie to admit it, but Jennie won’t tell her if she’s got the right people. 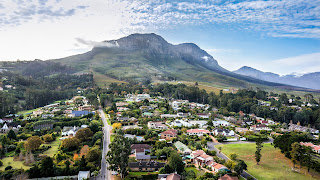 Jennie Webber is an interesting character. She’s toured Iraq twice. She treats Greer from the start as suspect number one. But her attitude changes after Greer admits to having guilty secrets and asks Jennie what hers are. Why the change? Once Jennie knows that Greer’s not hiding anything to do with this murder, she loosens up a little. She’s clearly got secrets of her own, so she can relate to Greer’s motivation. And they’re both after the same thing—finding the killer. Jennie knows Greer can get information she can’t, and vice versa, so it makes more sense to team up.

Although Miss Marple was right most of the time, isn’t thinking the worst of people a nasty mindset?

I would rate it no worse than cynical, and if you’re after murderers, more sensible than always thinking the best of people.

Sadie Barrett is a smart and observant little girl. The portraits of the Ravenscroft ancestors line the library’s hallways. Sadie claims to see the people in the portraits move and a headless ghost. Why does Greer pay any attention to what Sadie says?

Children are observant, and they also haven’t yet bought into what I’d call the polite lie. They see what’s in front of them, and put it into a context they understand, like something that happened at school, or a book or movie they’re familiar with. What they’re telling you may not make sense from an adult standpoint, but if you meet kids where they are and ask the right questions, you can get good information. Greer knows that Sadie is honest and observant from previous interactions, so she knows that Sadie saw something unusual. She hangs in there with Sadie’s references and gets some good information.

Who said? “It’s easier to get forgiveness than permission.”

I found multiple attributions for that one going back 1400 years, with many variations on it since. The first was to St. Benedict, and the most recent was Grace Hopper. At this point I think it’s a pretty common saying, particularly among amateur sleuths who like to skirt the rules!

When Greer finds a thumb drive Joanna hid, Greer finds notes Joanna made about the library and an old death of a child and then the mother’s death decades later. What made Greer follow the research?

She knows Joanna was a good investigator, and that she wouldn’t have kept that information if she didn’t think it meant something. It’s also the kind of thing she can follow up on easily from the library, the kind of research she’s good at doing. Since Joanna ended up dead at the bottom of a staircase, Greer knows she was onto something, and this is all she’s got to work with. It takes her a while to make it all hang together, so she waits before going to the police.

Is Ruth Rendell a favorite author of yours?

I’ve read plenty of her books, but not lately. I didn’t remember An Unkindness of Ravens, though I know I read some of the Inspector Wexford series. Our titles are thirty-five years and one word apart!

You finished the book with a set up for the next. What is the next titled? Can you give us the blurb?

With the disclaimer that it’s early days and all subject to change—the title for book two is Shadow in the Glass and the first draft of the flap copy is as follows:

Librarian Greer Hogan is on hand to celebrate her old friend Sarah Whitaker’s nuptials at the Whitaker summer home on beautiful Mirror Lake, just outside the upstate New York village of Lake Placid. But Greer has an ulterior motive—to gather information that could reopen the investigation into her husband’s murder, a crime for which she believes an innocent man went to prison. Her plans come to a shuddering halt when a wedding guest goes missing and turns up dead in the lake. The guest, Brittany Miles, was an employee of the Whitaker family whom Sarah had long suspected was up to no good at work.

The police have no leads, but Greer—an avid reader of crime fiction who possesses an uncanny knack for deduction—begins her own investigation. She learns that the victim was seen with a mystery man right before she disappeared. Then the autopsy reveals that she didn’t drown in the lake after all—she was killed somewhere else, and her body dumped in the water afterward.

The suspect list is as long as the guest list itself, with no apparent motive. Now, Greer must rely on the wisdom of her favorite fictional detectives to tease out truth from lies—and keep herself out of the killer’s sights. 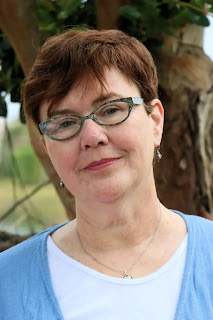 Congratulations on your release! Looks like a winner...as well as a walk down memory lane.

Thanks for the introduction to what sounds like a fascinating read.

Thanks for the warm welcome! I hope you all enjoy it!