Decades ago, in a previous life, I was a professional portrait and wedding photographer. At one point, I attended a seminar at a local hotel about the business side of my profession. I remember little about it except for two things. First: the speaker had the most fabulous Cajun accent. And second: one of the lessons he shared. He talked about photography being a creative endeavor. Right-brained. But we also needed to be businessmen and women. Left-brained. He illustrated the point by saying he had a switch on the top of his head that he was always clicking back and forth, from right-brained to left-brained. He claimed he did this so much, he’d worn out a spot and the result was…he removed his hat and revealed he was bald. 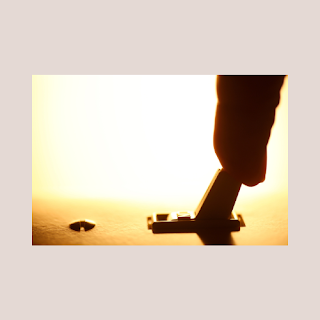 His “visual aid” produced a huge round of laughs, and it has stuck with me all these years later.

I’m still working in a creative endeavor, writing words instead of making photos. And I’m still required to flip that switch on the top of my head in order to handle marketing, promotion, bookkeeping, and—right now—tax preparation.

Thankfully, I still have all my hair. If I don’t, it’s from pulling it out over the bookkeeping and tax prep stuff. I’m proud to say that this year, I’ve been further ahead than usual. I did a much better job of recording expenses monthly rather than waiting until January to enter a full year’s worth. But this will be the second year where meeting face to face with my accountant is impossible. I never realized how much I depended on those sessions, sitting across his huge desk from him, asking questions and answering others. Instead, I have a legal pad where I jot down all my uncertainties. Instead of relying on him to remind me of the stuff I tend to forget, I’m taking extra time and effort to make sure I have all the information he needs.

This week, I’ll cram it all in a large envelope, drive to his office, and deposit it in an exterior drop-box with a sigh of hope and a prayer.

Even then, I won’t be free to leave the switch set at right-brain. I’m indie publishing for the first time. After ten traditionally small press published novels, you’d think I’d have the marketing and promo thing down to a science. But there’s always something new to learn. The methods used to find books have changed, especially due to the pandemic. Podcasts have become a popular go-to venue. I’ve done a few but tracking down podcasts where I might be a good fit takes time. Left-brain time.

Not to mention the whole indie publishing process. Within the next few days, I’ll be discovering just how much I don’t know about it. I’ve been told it’s easier than it once was. But having never done this before, I have nothing to compare.

What I do have is fear of the unknown. My left brain is braced for a meltdown.

Meanwhile, my right brain is waiting patiently. I have another book halfway through the second draft. And another book after that one whose characters are awaiting the switch to click back to the creative side so they can tell me about themselves.

It truly is a wonder that I’m not bald like my Cajun photography business instructor.

The perfect description of a writer’s life! You’ll rock the indie publishing thing. I’m looking forward to the book.

Thank you, Kait. I'm already behind my self-imposed deadline, but I guess that's one of the good parts of being your own publisher. I'm not going to fire myself!

I now have an explanation (other than genes) for my baldness -- although for me the switch's natural position is left-brained.

Glad I could offer an explanation to you, Jim! My husband clearly has flipped that switch back and forth a lot too.

I save the nuts and bolts for weekends. Just finished assembling my writing expenses for 2020 by category.

I get it. Stopped writing long enough this week to get the tax stuff together and off to my accountant. Now back to writing! It is a real switch in thinking. You describe it well.

It is interesting how different the two side work! congrats on the next chapter of your writing career.

Congratulations, Margaret and Susan, on getting the tax stuff done. That's always a huge relief!

Thank you, Tammy. The next two years are definitely years of change for me.

What a good (and amusing) look at the create/business combination needed to be successful, financially as well as creatively, under these circumstances.

Annette,
Just goes to show us that we writers need to use both sides of our brains. Good luck on your indie project. I'm sure it will be great!

Interesting analysis -- and an accurate one. Amazing how the public probably thinks we only need one side of our brain, but we realize we need both.