Impossible or Improbable? by Connie Berry 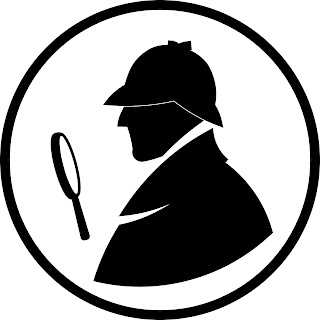 In “The Sign of the Four” (1890), Sherlock Holmes famously remarked to Dr. Watson, “...when you have eliminated the impossible, whatever remains, however improbable, must be the truth.”

I had occasion to apply that principle last week at home with our new puppy, Emmie. Here’s the scenario:

1. I locked Emmie in her cage in my office/laundry while I went to take a shower.

2. Shower over, I went to let her out. Cage still locked. No Emmie.

3. I looked for her all over the house. No Emmie.

4. In desperation, I returned to my office/laundry and found her sitting on top of my washer.


Okay, so your first thought is, someone put her there as a joke. No—she and I were the only ones home at the time. Second thought—I put her there myself and forgot about it. No—I distinctly remember locking her in the cage.

Eliminating the IMPOSSIBLE, I was forced to reject supernatural powers, levitation, and a home invader with a sense of humor. Whatever happened, Emmie did it herself without help.

1. Emmie must have gotten herself out of her cage, not through the door but through the top. Now  in order to do that, she would have had to stand on her hind legs, bump up the grid with her head, grab hold of the top of the cage with her front paws, and power herself out. Improbable but not impossible.

2. Once out, she had to find a way up on the counter. The only possible way would be to jump on my desk chair and from there to the countertop. I’ve never seen her attempt anything like that, yet...

3. From the countertop, she had to walk over or around all my papers and notebooks without disturbing them and then climb on the dryer. 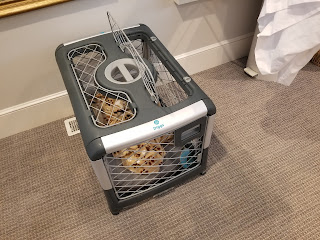 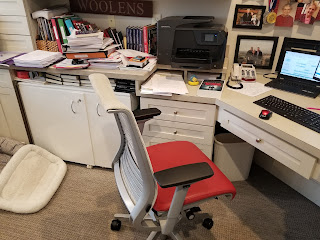 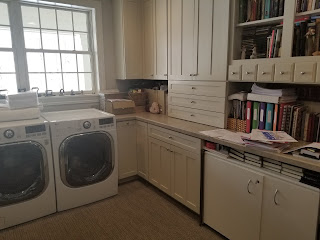 THE VERDICT: Improbable but not impossible—therefore the truth.

Mystery writers use the same theory in their books—or they should. The Detection Club in England, founded by such luminaries as Agatha Christie, G. K. Chesterton, Cyril Hare, and Dorothy L. Sayers, required their members to sign a document stating they would play fair with their readers:

1. The criminal must be someone mentioned in the early part of the story, but must not be     anyone whose thoughts the reader has been allowed to follow. [Christie broke this rule herself in The Murder of Roger Ackroyd.]

2. All supernatural or preternatural agencies are ruled out as a matter of course. To solve a detective problem by such means would be like winning a race on the river by the use of a concealed motor-engine. [Except in paranormal mysteries, of course—and even then there are ‘rules’—the way things work in that world.]

3. Not more than one secret room or passage is allowable.

4. No hitherto undiscovered poisons may be used, nor any appliance which will need a long scientific explanation at the end. [Someone tell Louise Penny in A Fatal Grace.]

5. No...[suspicious stranger] must figure in the story as an easy scapegoat, obvious villain, or convenient plot device. [Note: The Fair Play Rules were written in the 1930s when racism was the norm. I’ve paraphrased the original rule to avoid perpetuating a racial slur.]

6. No accident must ever help the detective, nor must he ever have an unaccountable intuition which proves to be right.

7. The detective must not himself commit the crime. [Another rule Christie broke.]

8. The detective must not light on any clues that are not instantly produced for the inspection of the reader.

9. The stupid friend of the detective, the Watson, must not conceal any thoughts which pass through his mind; his intelligence must be slightly, but very slightly, below that of the average reader.

10. Twin brothers, and doubles generally, must not appear unless we have been duly prepared for them. 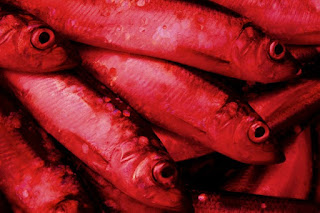 Obviously there are exceptions to every rule. But while mystery writers today don’t sign documents, we still try to play fair with our readers. The solution to the mystery can’t rely on bad guys brought in at the last minute, untraceable poisons no one’s ever heard of, or impossible and unexplained circumstances. Even red herrings—false clues meant to send the reader in the wrong direction—should be explained. Barb Goffman, editor and award-winning short-story writer, recently said this about red herrings, “If you’re going to use them, make sure they’re explained by the end so they don’t seem contrived. Otherwise, you’re taking an easy way out and you’re not playing fair with the reader.” (SleuthSayers, February 16, 2021).

The trick is explaining how it happened—believably. Like Emmie’s Great Adventure.

Readers, does it bother you when red herrings aren’t explained by the end of the book?

Can you think of an improbable but not impossible plot twist you loved?

Critters, they keep us on our toes. Was she laughing when you found her? Good on you for applying Sherlockian techniques to solve the conundrum. The Detection Club is still in existence. I wonder what their rules are today.

Given I have actually done things I have no memory of doing, and thought I did things, which later we later proved I had not done, I'm still holding out for you not putting the dog in the cage. :)

The fair play doctrine of mysteries loses its necessity when one moves into suspense and thrillers where readers may know MORE than the protagonist.

After three kids and four standard poodles, I would believe anything: a phone call from a neighbor telling me my toddler had escaped through a deadbolted front door and was three houses down the street.

Or a "totally escape proof" six foot fence the dog navigated (we believe he climbed a tree).

In Connolly's The Law of Innocence, "coincidences" keep turning up to manipulate what really happened.

I, too, think that most red herrings should be explained. Emmy--she looks like a Scamp to me. She's smart, sassy, and motivated. The solution--as she matures perhaps she'll become a "lady." If not, training classes maybe on her agenda.

Uh oh, Emmie is cute and wily - a combination to keep you on your toes!
I'm least fond of endings that don't solve a murder because "that's real life." That's not why I read mysteries!