Definition of a thriller: A thriller is a fast-paced novel full of conflict, tension, suspense, unexpected twists, and high stakes. Every single scene and element in a thriller is meant to propel the action forward, test the characters, and take the readers on a roller coaster ride that will leave them on the edge of their seats. 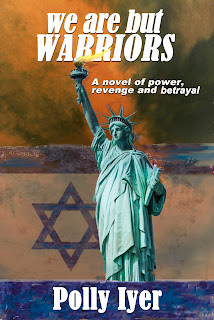 My new novel, we are but WARRIORS meets those criteria and throws in a couple of romances for good measure. The trigger character in the novel is an Israeli publisher who uses his left-wing newspaper to promote his two-state solution to the Israeli-Palestinian problem. The publisher, Daniel Landau, is scheduled to speak at the United Nations General Assembly to present his views, but there are people who will do anything to stop him from giving his speech, including murder. Those opposed hire an assassin to kill Landau in front of the UN headquarters to make a not-so-subtle point.

Writing a book on complicated current events has major obstacles. I worried the Mideast situation would change dramatically, leaving the novel obsolete as soon as I published it. After five years of picking up the story then putting it aside, I finally buckled down and finished the book with the rationale that the odds were in my favor that I could succeed without a major catastrophe blowing up the region. After all, the conflict, in one form or another, has been ongoing since Israel became a state in 1948.

I culled research for this book into twelve single-spaced pages from dozens of articles, websites, and newspapers, both foreign and domestic, advocating opinions, solutions, and arguments by renowned authorities, politicians, and educators from the US, Israel, Europe, and many Middle East countries. After all the research, it was important to present both the one-state/two-state views, and even though I could see the pluses and minuses of both sides, it is Landau’s two-state position that is the crux of the story, whether you agree with it or not.

Writing fiction allows one to make up stuff to construct the story, but basing a book on real events and situations is tricky business. I just finished reading Daniel Silva’s The Order, and he twists reality in such a way that he offered a long notation at the end of the book to clarify fiction from fact. Though parts of we are but WARRIORS relate to real-life events, both past and present, I was careful to make the opinions those of my characters.

The political situation aside, the book is really about the people involved and how their individual backgrounds relate to the story. The military-groomed twins, Zach, a covert operator, and Jake, badly injured in Afghanistan, both with unsettled futures, take a temporary assignment with their father’s security company to protect Landau’s fiery, activist daughter, Dalia, after two attempts on her life. Zach complicates the dynamic by involving his Palestinian girlfriend to aid in their escape from the safe house where they’ve been staying. The initial conflict between these two women diminishes as they find common ground. 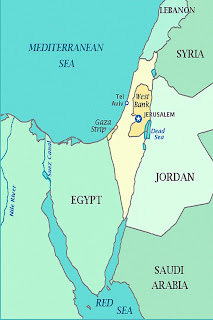 The familial histories of General Ben Lowe and Daniel Landau, two sixty-something success stories, is a contrast in Jewish survival. Landau’s parents barely escaped the Holocaust and settled in Israel, and Lowe, changed from Lowenstein at Ellis Island, is the grandson of Jews escaping the Russian pogroms shortly after the turn of the twentieth century. We see the past, present, and future through their stories. Again, I researched real-life families that mirrored my characters. My personal family history is that of the Lowensteins, but the many stories of Holocaust survivors tore at my heart, especially after visiting the Holocaust Museum in DC in September of 2019. Then, of course, there are many accounts I could draw on of the multiple wars and tragedies for both the Israelis and Palestinians.

No thriller is worth its salt without a challenging villain, and no villain is worthy of the title without a complicated moral code. Grady Parker is a former military sniper who kills for money, but he’s occasionally plagued by his own twisted set of principles. He and the twins are worthy opponents.

At times I wondered if I was up to doing the varied, complicated characters justice along with presenting the volatile circumstances that segue from reality to fiction. I hope I did.

Half the Israeli people consider newspaper publisher Daniel Landau’s Israeli-Palestinian plan the only path to peace. The other half want him dead.

The US State Department contracts retired four-star general Benjamin Lowe’s security agency to safeguard Landau while he’s in New York to speak before the United Nations General Assembly. Lowe’s task is compounded when Landau hires him to provide protection for his daughter, Dalia, on tour for a children’s rights organization, after an attempt on her life.

Ben’s twin sons, Jake, a disabled Afghanistan vet, and Zack, a military covert operator on leave, join with the NYPD and FBI to protect the Landaus and avert an international catastrophe. What starts as a simple security detail develops into a cat and mouse game to thwart a wily assassin and the sinister cabal behind an operation that could change the face of the Middle East, with a shrinking timeframe to prevent it.

Polly Iyer is the Amazon bestselling author of ten books of suspense Her novels include: Hooked, InSight, Murder Déjà Vu, Threads, we are but WARRIORS, Kindle Scout winner Indiscretion, and four books in the Diana Racine Psychic Suspense series: Mind Games, Goddess of the Moon, Backlash, and The Scent of Murder.

It sounds like a terrific book, Polly. I am sure you have done well by it, now I hope it does well by you.

Congratulations! What a monumental undertaking. It sounds like a complete success (I recognize the Daniel Silva syndrome, when world events parallel his fictional plots).

Congratulations, Polly, for taking on and completing such a challenging project. Sometimes we surprise ourselves at what we can accomplish.

Sounds like you have conquered quite a large goal. Kudoes for you, and I hope your book does well.

Congratulations on the new book, Polly. What an amazing saga and story. I am in awe. Looking forward to a fantastic read.

I always enjoy fiction that is grounded in actual events. I've happily read some of your previous work, and I expect to like this, too.

Tough subject matter! Kudos for tackling it. I had my MC's globe-trotting parents doing a layover in Hong Kong, but as I was writing it, Hong Kong blew up, so I had to switch them somewhere else. I took them to Italy, and Rome was flooding (in real life). It's hazardous using real times, places, people, and events! I know you handled this well! I've read your stuff.

Thanks, everyone. I appreciate the comments.

Kaye, for the comment and the compliment. I worried the whole time that the Middle East would explode in turmoil. It's not only politics that change; it's laws and attitudes that can kill a book before it's finished.

It's a terrific, compelling book to read, Polly, and I wondered the whole time about the depth of your research. A complicated situation to understand, let alone clarify in fiction. You did a great job and deserve all the praise that I hope comes your way.

Thank you so much, Judy. I'm glad you enjoyed it.

Congratulations, Polly, and best wishes. I like so much what you said about villains having complex codes. Showing those aspects of character makes the story so much richer.

Thanks, Paula. I'm big on well-rounded villains. I've had a couple of comments on this one.

Warriors is a terrific, edge-of-your-seat book, full of twists and surprises and fascinating characters. I enjoyed every word.

I read this blog after your post in Guppies drew my attention to it. It sounds exactly the kind of story I love. A fact-based thriller, where you might wonder what is fact and what fiction. I'm going to read it.

Thanks, Sophie. I hope you like it. Please let me know.