One of the best means of igniting the spark of inspiration for a crime or thriller novel is travel.  Fortunately, there are two modes of getting there: internal and external.  Internal, or dream travel, is entirely the domain of the imagination.  External travel is, of course, the real thing, the actual kinesthetic movement from point A to point B for the purpose of seeing and experiencing, 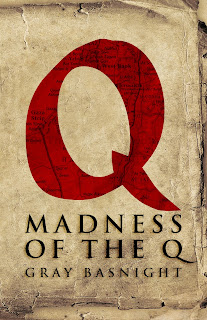 When the writer can’t get to the destination that fits the scene, internal travel -- right from their writer’s chair -- can take them on voyages, along with their characters, to…to…well, to anywhere.  Albert Einstein, who knew a thing or two about motion, said it best: “Logic will get you from A to Z, but imagination will get you everywhere.”  But when the location is a real place and the writer can’t get there in person, getting it right requires research.  Jules Verne, for example, never traveled the globe, but wrote Around the World in Eighty Days after lengthy study of going by steamer down the Red Sea, by elephant across India, and by train across the American wild west.  On the other hand, Ursula K. Le Guin could not research the false utopian city of Omelas for The Ones Who Walk Away from Omelas.  Yet she imagined it with such a vivid internal eye that her readers too saw it.

Many writers tend to be actual nomads.  American crime writer Patricia Highsmith drew upon her itinerant travels in Europe to develop plot and character in the five Ripliad novels about con artist and serial murderer Tom Ripley.  Without her intimate knowledge of those towns and cities, poor Ripley would be stripped of his seductive, shadowy appeal.

In some cases, the nomad finds semi-settlement in a city that becomes the scene of the crime to such a degree that its practically a character incarnate.  Dashiell Hammett was from Maryland, traveled the country as a Pinkerton, and wrote most of his stories while in San Francisco.  Raymond Chandler was from Chicago and Nebraska but spent a chunk of time in Los Angeles.  Consequently, their private detectives, Sam Spade and Philip Marlowe respectively, worked the streets of their adopted cities just as the great one named Holmes worked in London.  Sherlock’s creator, by the way, was a physician from Edinburgh and traveled widely as a ship’s doctor.

For my latest thriller, Madness of the Q, I split the difference between internal and external travel.  The story explores what might happen if an ancient religious document is unearthed that could alter the origins of the New Testament.  This meant it would have to unfold on an international scale.  It’s set in NYC, Israel, Venice, Rome, and Berlin.  I’ve been to all the European cities and live in New York, which is the best city in the world to begin a thriller because it is the world in a microcosm.  In NYC, dark events can occur—often without so much as a sideways glance from passersby.  The inspirational lure of labyrinthine canals and alleyways in Venice have long offered writers endless enchantment and opportunity for wrathful violence.  Elsewhere in Italy, anyone lucky enough to visit the Colosseum knows it can be a perfect place for a cat-and-mouse shootout.  As for Berlin, I was there when the idea for this story was percolating.  It subsequently emerged as the locale for the final action scene because I saw it as the booming industrial metropolis of a unified Europe.

Ah, but then there is Israel, a place I’ve yet to visit.  It’s where the mysterious Biblical document is unearthed.  Sending my story into that nation required a goodly amount of research, studying photos, and lots of Google mapping to get a feel for the landscape where my protag is sent to investigate the origins triggering global madness, and where he attempts to evade pursuers.  At a recent promotional event, a reader commented: “I can’t believe you’ve never been to Israel because you write about it as though you have.”  It was a wonderful compliment confirming that the internal eye, combined with diligent research really can get the job done.

Where to visit next?  That’s the mystery that awaits all writers.  But there’s no mystery as to how to get there—it’s done with either the mind or shoe leather. 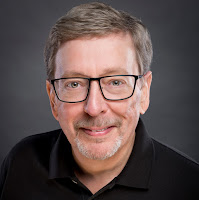 About Gray Basnight: After almost three decades in broadcast news writing fact-based stories, Gray Basnight now writes fictional ones. Originally from Richmond, Virginia, he’s lived in New York long enough to consider himself a native. His latest book, Madness of the Q (Down & Out, December 2020), brings back math professor Sam Teagarden in an international thriller sparked by the discovery of an encoded ancient Biblical document. Gray is a member of Mystery Writers of America and Thrillerfest. He can be reached at www.GrayBasnight.com, on Facebook, Twitter and GoodReads.

When news of the Q Document’s discovery leaks, Jonestown-style suicides erupt among two fervent groups who alternately fear or cheer that it may repudiate the foundations of Christianity.  To quell the mass frenzy, the U.S. government secretly drafts world-renowned decryption expert Professor Sam Teagarden to determine the document’s authenticity and sends him overseas with protection from agents with the FBI and CIA.

During his effort to decode the Q Document, Teagarden’s life is threatened by competing parties – and a former Mossad agent hired by the Vatican.  Worse yet, FBI and CIA protection falls apart, leaving him alone and on a mad chase from New York to Israel, Rome and Berlin, trying to outsmart those who want to silence him.

The premise of this new thriller was inspired by two experiences: 1) an audio lecture on the theory about a missing source for the books of Matthew and Luke, first postulated by a 19th Century German scholar, and named The Quelle (German for the word “source”); and 2) having written far too many news stories about faith-based bloodshed during Gray’s years in broadcast news.

Author Thomas Perry says: “Madness of the Q is a wild and breathless pursuit with Sam Teagarden on the run, desperate to connect with the right people and evade the wrong ones from New York to Israel to Italy to Germany in a non-stop plot that reminds us of Dan Brown, Ludlum, Fleming, and maybe even a bit of Umberto Eco.” — author of The Butcher’s Boy, The Burglar, A Small Town.

My preference is to use locations I know or at least have visited -- but sometimes that's not possible and Google and my imagination have to fill in the details. Congrats on your novel.

Agreed! During the pandemic, Google Earth it is! Sounds like a great book.

Congratulations on your newest release.

Google earth is a godsend. I prefer in person travel to better absorb the feel, scent, and flavor of a location, but often turn to Google for the nooks and cranny's of inspiration, and in these days of COVID - that's as close as I can get!

The book sounds great, Gray. Congratulations! I've been using my two series - one set in the mountains of Tennessee and one in Scotland - as a way to go back to places I've lived, love, and don't see enough of these days.

All places are complex, with a range of situations and emotions to be experienced. While visiting in person is wonderful, using the imagination (and research) can provide a viable substitute.

What I most miss if I can visit a location is that the smells are missing. They can be quite evocative, and I haven't figured out an alternative to actually being there.

Congrats on the book. I find even when I've been to some of the places I'm using (or that you incorporated in your book) additional armchair research highlights something I saw and didn't really learn enough about to convey to readers. The research helps improve what I knew at the moment, but didn't realize I'd need for a story.

Congratulations on your new publication. Since we can't travel, I used my hometown as the model for my fictional town. It works.