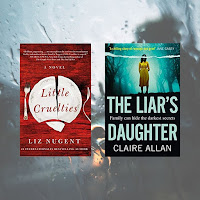 What an honor it has been to blog with Writers Who Kill this past year! I want to thank each and every co-blogger for their keen eye and loving support. Alas, this will be my last post.

I am Irish-American. I write Irish-American voices. Although I’ve spent years studying Celtic history and art, or maybe because of it, I sensed undercurrents in art, music, and literature which informed Irish-based artists, but having been removed from Erin's Isle for one hundred and fifty years, drifted from my grasp. There should be no surprise when the motto so often shared amongst the Irish-born is, “Whatever you say, say nothing."

So I began in earnest to read, and most particularly to listen to, mysteries and thrillers written by Irish and narrated by Irish actors. In order to appreciate the narrative, it is important that the person who is interpreting it understands the culture. There are nuances, humor and melancholy, that an actor feigning an Irish accent would never catch, much less convey.

I read, and fell in love with, several Irish writers. Here are some of my favorite reads from 2020. Caveat: I don’t publish bad reviews. If I don’t like a book, someone else might so who am I to say you shouldn’t read it. (Believe me, I read a lot more than I reviewed.) So here it goes!

Three Dublin brothers, William, Brian, and Luke, scrap with each other all their lives from the time they were boys raised by their mild-mannered father and eccentric show-biz mother and as they grow up to make names for themselves in the entertainment business. The book opens with the funeral of one of them, but you don't know which. Every page in the book is a mesmerizingly deep look into the psyches of these three men, each heroes of their own stories. The end falls into place so logically it seemed preordained but I never saw it coming. This book is a masterpiece, transcending genre. A must read.

The Nothing Man by Catherine Ryan Howard

I'd heard a lot of good things about this book and had ungenerously attributed it to the author's considerable charisma (she really is a very nice person) and the success of her two prior books but I was blown away. Totally. This book grabs you by the lapels and doesn't let go. The cover is perfect and that in itself is an Easter egg so I won't give it away. And the end! Did not see that coming. Narrated by two of my favorite actors, the listen was a delight. Who knew John Keating could be so diabolical?

Ask No Questions by Claire Allan

This book is scheduled to be released in 2021. I scored an ARC on NetGalley.

Ingrid Devlin is a thirty-five year old journalist in Derry, Northern Ireland, who has devoted her life to her career. Hallowe'en 2019 is the 25th anniversary of the abduction and murder of her childhood friend, Kelly Doherty, a tragedy that had scandalized the nation. Her editor assigns her to do a piece on it, she reconnects with the twin boys who discovered the body and the neighborhood man who was convicted of the crime. Now on release, he continues to protest his innocence and has found attorneys to champion his cause.

As Ingrid dives into the story, she quickly becomes part of it. Someone targets her, warning her off. When the violence escalates, Ingrid realizes there are reasons why someone wants the truth to remain buried.

I read the story in two sittings. The first late at night until my eyes gave out. The second sitting the following day. As I came to the climax, the Kindle's battery gave out. While I waited for it to recharge, I paced the room unable to focus on anything else. The story is that compelling.

It's a thriller. It's gritty. It's about a murder. It's about a young woman's harsh appraisal of her own life. The story is expertly constructed with ever-increasing tension. It represents the best of the new thriller subgenre, the female protagonist. I highly recommend.

"The body is in the library" is the first sentence of the first chapter. One would expect Miss Marple or Poirot to enter in the scene. One would be mistaken.

It's County Wexford, Ireland, 1957. Shortly before Christmas, a priest is murdered and mutilated. DI St. John Stafford (pronounced Sin-Jin) is dispatched from Dublin to investigate by Hackett, who is now the Police Chief. Dr. Quirke is nowhere to be seen. The mention of Quirke and Hackett will alert Quirke fans that the themes are darker than typical mysteries.

Ostensibly, the characters are of the quirky variety typical in British mysteries. But read on and you will find there are subterranean currents that explain and bind them.

It's beautifully written in the characteristic Banville/Black voice and a beautifully constructed mystery hitting all the notes with a satisfying ending.

The Good Turn by Dervla McTiernan

If you love Cormac Reilly like I do, you need to read the next installment of his life story. He's still in Galway, still on the outs with his bosses when a little girl is abducted off the street. With Reilly out of the office and the entire force on special assignment, Garda Peter Fisher is the only one searching for her. When Fisher makes a split-minute decision, his fate is sealed and that's just the beginning of the story. Reilly and Fisher must work together to solve the mystery of the little girl's abduction as well as the ongoing machinations at the station to save the innocent and visit justice upon those who deserve it. Satisfying ending. I hope there's more Cormac to come.

The Liar’s Daughter by Claire Allan

Meet Heidi, the long-suffering dutiful step-daughter; Ciara, the long-suffering spiteful biological daughter; and Joe McKee, the man who molded both their lives and knows he does not deserve forgiveness for his sins. Joe is dying of cancer. Heidi is caring for him, despite her feelings towards him because it is her duty. Upon his request, she calls Ciara to the bedside and Ciara joins in caretaking. Joe’s sister comes over from England and joins the vigil. Heidi’s husband, Alex, is in and out of the house. And then, one night, when the five are gathered, Joe dies – not of natural causes, according to the authorities.

Claire Allan takes the classic country house plot and makes it fresh again with her deep exploration of character. It’s an intense read and one I couldn’t turn away from. The narration is amongst the best I’ve ever heard.

Thanks for the suggestions.

I'm of Irish background, too (couldn't you tell by my name?) and I appreciate you pointing out some books I might like to add to my TBR list.

You will be missed, Keenan! Thank you (I think) for adding to my TBR pile. These books sound wonderful.

Thank you, Keenan, for adding to my TBR stack. Best wishes to you.