"Black Market Baby", The Story Behind the Story 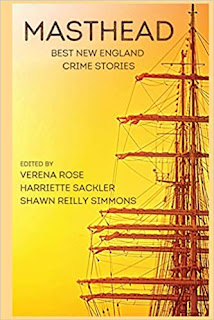 As I started writing the story, I focused on the Chatham ship-to-shore station, which intercepted encrypted U-boat messages from the Atlantic and forwarded them to Washington, D.C., but couldn’t shape the technical information into a short story. Instead, I focused on sugar and gasoline rationing. During World War 2, Camp Edwards was a busy Army training facility at the western end of Cape Cod. Civilian employees might steal sugar and gasoline from the camp and sell them on the black market.

I set the story on Forest Beach in South Chatham, where my grandparents had a small cottage   in the pine woods up the steep hill from the beach. During the war, they spent part of every summer at the Cape, arriving by train and making a daily walk to the combined grocery store and post office at the end of the beach road. My grandmother’s blackout curtains were still neatly stacked in an upstairs cupboard, her cobwebbed canning jars on a shelf in the garage. My grandfather did nightly U-boat patrols on the beach and read his collection of Rex Stout, John Dickinson Carr, and Earle Stanley Gardner paperbacks (when I out-grew Nancy Drew, I read them, too). As a child, I heard family stories about gas stickers, sugar and meat rationing, and the lack of silk stockings and car tires.

I open the story with the image of a young woman lying at the high tide line, a baby at her side and seagulls swirling overhead. Betsy Butler, an introverted eighteen-year-old who lives with her grandparents, discovers the body and rescues the baby:

Dashing back and forth, the dogs chased the gulls away from a human-sized bundle of yellow oilskin, lying next to a smaller form wrapped in a blanket. Betsy stood in a daze, staring at flecks of sunlight glinting on the water. Small craft warnings had been posted for Nantucket Sound last night and early this morning. Had a fisherman washed ashore or been caught on the beach during the storm? Betsy tumbled down the dune and approached the larger mound. Shouting, she waved her arms to shoo the herring gulls away. [Her black labs] Jinx and Jasper sniffed the small bundle and whined as they tugged the blanket. A small child or large baby, wearing a jacket and rubber boots, struggled to sit up, crying “Mama” before it burst into tears.

Through Betsy’s intrepid sleuthing and quick action by the local police, MPs from Camp Edwards, and the Coast Guard, members of the black marketeering ring are arrested:

Betsy spent her evening reading Pa’s collection of English detective stories. What would Harriet Vane and Peter Wimsey do? In one of the books, Harriet had found a body on the beach. She and Peter had figured out a very tricky time of death. Braiding strands of dune grass, Betsy considered the situation. Last night after dinner, she and Pa had listened to the weather report on the radio and checked the barometer. Darkness fell late this close to the solstice. They had walked the beach with the dogs around nine, on Pa’s usual U-boat patrol, before the overnight rain and wind set in. Low tide at eleven o’clock last night, high tide at five this morning. The woman’s body lay at the high-water line, so she’d probably washed ashore sometime before dawn, when the rain stopped. Or had she been killed and left at the water’s edge around dawn? Betsy started to shake. Was a killer loose on the beach?

No worries, the baby is returned to his parents unharmed.

I submitted the story in February 2020, before COVID. After it was accepted in the fall, I realized how relevant the story is to our current circumstances. We’re dealing with an unseen enemy—COVID-19—which lurks everywhere. We don’t have food rationing, but do have restricted access to grocery stores, where we buy what is available. We grow our own vegetables and have learned to be inventive, creating dinner out of whatever is in the freezer and pantry. Instead of waiting for the war to end, we’re waiting for mass vaccinations. We’re learning patience and caring for family, friends, and neighbors. 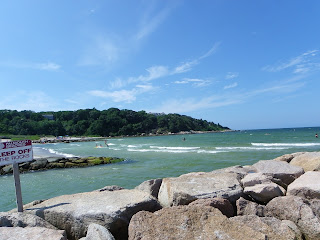 Congrats to you and Debra on writing strong stories accepted for this anthology. Great work.

Congratulations to you and Debra for having stories in this anthology. I was on the edge of my seat reading this excerpt, now I need to read the rest.

Interesting analogy between WWII and COVID. I too remember hearing stories of rationing, in my case from my parents.

Thanks, Jim. I published two Cape Cod stories in 2020 and am working on a new one.

Thanks, Kait. It was a startling realization after eight months of COVID shortages.

This excerpt has me on the edge of my seat! Congratulations to you and Debra. Looks like a terrific anthology.

Thanks, Shari! I haven't received my copies, but I'm looking forward to reading the whole collection.