I’m currently working on two books at the same time. This happens at least once a year. I gleefully turned in book #9 in June, took some time to rest my brain and allow my characters some privacy, and then started book #10.

For me, the first 50 pages are the hardest part. Except sometimes the muddle in the middle is harder. And then there are the final chapters when I have to pull everything together.

But I digress. I struggle mightily with those first pages, introducing new characters, reintroducing returning characters, figuring out where this new story is going. Just about the time I get on a roll, my edits come back from the previous book.

Which is where I am right now. I draft one book in the morning and revising another in the afternoon. If I have a good day, I remember which one is which. 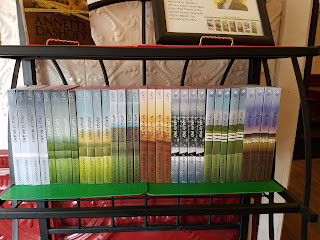 Last week, I received a private message from a reader asking me about a specific moment in No Way Home. That was book #5 which came out two years ago. Meaning I wrote it three years and five books ago.

I had no clue what I’d written or why. I could’ve dropped what I was doing and gone back to re-read the book, but I have these things called deadlines as well as a full plate of other obligations. I wrote back, apologizing for not being clearer in the story and for causing her concerns about the legal details that puzzled her. Basically, I gave her a non-answer, but it was the best I could do at the moment. 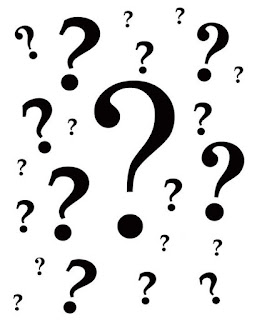 She thanked me for responding.

I still don’t know what was going on back in that scene.

This week, I’m heading to Gettysburg to meet with a book club. My fellow Writer Who Kills, KM Rockwood, invited me. I love book clubs, so it took very little arm twisting. I assume the club will be talking about Circle of Influence, the first of the series. (KM, which book is your club reading? I really should prepare.) No matter what, it won’t be book #9 or #10, which means the plot won’t be entirely fresh in my mind.

Most of the time, I can fudge my way through a book club. They’ve just read it (or haven’t and aren’t going to), so I let them talk while I just smile and nod a lot. A couple years ago, though, I attended a meeting with an especially engaged group of readers who devoured the book and questioned me about every detail. One very nice woman asked me about something that had tripped her up. It’s entirely possible I’d mistakenly left something out. (Not exactly a case of the same character in two different places at the same time, but along those lines.) No one had ever asked me about it before. All I could do was sit there with my mouth open and admit I had no idea.

Yep. I lost that round of Stump the Author. But then again, I really suck at the game.

To all my fellow multi-published author friends, do you ever get completely befuddled about what happened in which book? Have readers confronted you with a question that stumps you? Please say yes. I’d hate to think I’m the only one!

I need to make a character list for my short stories. I'm reusing too many names instead of combing name lists to find the perfect name.

Fun post, Annette. You bring up something that I think plagues most writers--forgetting details from one book to another. When I started book 2 in my series I wrote about my character Bruce, only to realize I had changed his name in the previous book. And in one book I had my main character lamenting having to sell her Volvo to help finance her business only to discover I had identified it as a Lexus in the next book. I realize that I need an even more detailed series bible to keep the details straight--otherwise, someone is going to catch me on the details.

I have a series bible, Grace, but I forget to update or enter the LITTLE things. And yes, I had a character driving 3 different cars at one point. At least I caught it before publication!

Margaret, as I was working on my edits yesterday, I discovered I had two characters named Gene in the same book. Very minor characters, but they've appeared in earlier books (not at the same time). So the more minor of the two got a name change!

One of my biggest fears is having a character name Kim start the books as a cute little Asian boy and morph into an elderly, crochety white lady by the end of the book.

I do keep my notes, but somehow whatever detail I'm checking (was that car blue or red?) is something I didn't deem important enough to include when I put it in the notes.

LOL. That's one of the reasons I started my business. I had an author friend who didn't have the time and I offered to help. I'm always amazed at how authors work on more than one book at a time. I can't imagine writing one, let alone working on two or more at once. You do a great job Annette!

The problem for me is in the revisions. I know what I originally wrote, but then I change something, even a character's name, and forever more--my head is in the original version. Nope--you are not the only one, Annette!

It's wonderful that readers care enough about these details! And it's not that I don't care, but well, my brain is getting old. And it's full of useless stuff I can't delete!