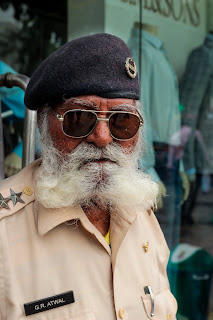 I was intrigued by the title and the opening lines. “I did two things on my seventy-fifth birthday. I visited my wife’s grave. Then I joined the army.”
I read quite a bit less science fiction than I did when I was a teenager but I admire good writing and I am happy to say Old Man’s War stood up to the title and the opening. The premise is that the skills acquired over a lifetime and willingness to sacrifice self for others made older adults preferable as soldiers to younger people for the particular conflict the earth was in.
Face with the prospect of further natural physical deterioration, or taking a chance on the unknown, John Perry and his wife, Kathy had planned to join the army like many aging people did in hopes that the army had ways of extending life and rehabilitating older physiques.  Kathy died unexpectedly, which left the protagonist with few emotional ties. He joined the army as they had planned to do together.
In the scenario of author’s novel, a person who joins the army becomes officially dead on the planet earth and can never return there. However, there are colonies of humans on different planets. If recruits can survive their term of service they can opt to join a colony. But it’s a pretty big “if.” The universe is full of species and habitable worlds are relatively few. Soldiers defend the human colonies and fight to acquire new worlds already occupied by sentient beings.
Scalizi portrays the “hurry up and wait” mentality of military forces along with the guilt and trauma of battle. His rejuvenation procedure is as feasible as it is unexpected.  I like the balance of surprise and realism.
Because writers work hard to keep surprises, tension and atmosphere (literally this book) going I will just say that truly enjoyed the book and I am eager to find others by the author.  I recommend it highly.
Posted by Warren Bull at 12:00 AM

My husband loves this series! There are at least six books in it. Great review.

A unique premise, Warren. I don't read much sci fi, but I have to admit, those writers have wonderful imaginations combined often with a science background. Of the sci fi I have read--I liked it.

Sounds interesting, Warren, even though I don't read sci fi, Maybe I'll try this one.