Refusing to reply is the higher education equivalent to sticking
one’s tongue out at an enemy on the schoolyard.
Cynthia Kuhn, The Spirit in Question, Kindle Loc. 2484

English professor Lila Maclean knew drama would be involved when she agreed to consult on Stonedale University’s production of Puzzled: The Musical. But she didn’t expect to find herself cast into such chaos: the incomprehensible play is a disaster, the crumbling theater appears to be haunted, and, before long, murder takes center stage.

The show must go on—yet as they speed toward opening night, it becomes clear that other
members of the company may be targeted as well. Lila searches for answers while contending with a tenacious historical society, an eccentric playwright, an unsettling psychic, an enigmatic apparition, and a paranormal search squad. With all of this in play, will she be able to identify who killed her colleague…or will it soon be curtains for Lila too?
https://cynthiakuhn.net/ 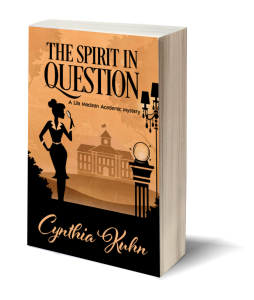 The Spirit in Question is the third book in the Lila Maclean mystery series by award-winning author Cynthia Kuhn. (Follow the links to my first and second interview with Cynthia.) Lila, the main character is an English Professor trying to attain tenure. In the first book of the series, Lila is spanking new and unsure of herself. In The Spirit in Question, Lila is more assertive, less fearful, and has found her worth.

I’m glad to see this change because I hate meeting people and characters at their worst. It’s like the meet and greet of a freshman mixer—everyone is new and the unknown overwhelms. Although I liked Lila from the start, I now can see more of her strengths and embrace her like an old friend rather than a scared newbie.

Another aspect of this series that I enjoy—Lila’s internal thoughts. She smart. She doesn’t always say what she thinks. But from the privilege of the reader’s perspective, I loved reading her mind.

Thank you very much for having me back to WWK! I’m delighted to have a chance to visit with you all. And I so appreciate your comments on Lila and the series, too.

Is Stonedale University based on a real one?
No. 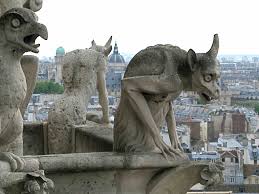 Lila is helping to direct a play written by professor Tolliver Ingersoll. Much of the book is set in the Stonedale Opera House, built in 1878, where the play will be produced. Your description interested me, especially the candle boxes set into the floor. I never thought of how productions were lit before electricity. Was lighting the stage by candlelight common? How did the actors navigate the stage with candles staged in the floor?
Indoor plays were performed by candlelight and oil lamps early on, but theaters were typically using gas lighting in the latter 19th century. However, for Stonedale Opera House, I put candle boxes along the front of the stage—in the footlight area—to add a Gothic touch. The electrical system has been there for a long time when Lila arrives, but I wanted to preserve a sense of the theater’s quirky flavor.

“The local small theaters were more excited about his [Tolliver Ingersoll] writing,
as they were made up of younger folks who found his incomprehensible
plotlines to be great fun.” (Kindle Loc. 105)

Are youngsters just zany or do we learn to appreciate logic as we age?
Well, there is something to be said about experience leading to wisdom, so hooray for that! This quote is meant to suggest that current educational trends may encourage the more recent graduates to embrace nontraditional modes of storytelling. 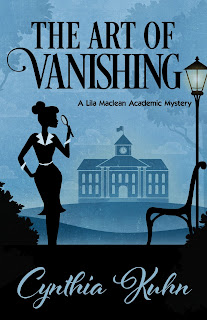 What is a ghost light, and why is it left burning at center stage? Do all theaters do this?
It’s a theatrical tradition with two explanations. The first reason to leave a bulb burning center stage is for safety. The second is that it’s a necessary offering for ghosts, so they don’t curse the production. I don’t know if everyone does it, but if I owned a theater, I would. For both reasons. Just in case.

Lila’s suggestions are ignored by director Jean Claude, and he seems to do nothing but vent his frustrations on her. It’s understandable that Lila is upset when he is murdered, but when she describes him as a lost friend I was surprised. Wasn’t he her boss in the production, not a friend?
They are friends. She thinks he is kind (if bossy) and even lists some of his good qualities at one point. But when he’s in work mode, he is intense—it’s true.

When Jean Claude proclaims Lila’s beloved Stonedale gargoyles not to be in the same league as Notre Dame’s, does she consider him a snob?
Ha ha! No, she understands where he’s coming from.

When Lila and Jean Claude go to the chancellor to discuss the disruption by the historical society’s protest of their production, his assistant tries to prevent the meeting. But Lila actually leans in and gets in her face. What has changed in Lila?
She’s not a newbie anymore. Her professional experiences have given her a bit more confidence. And in this case, she is not about to be brushed off by the gatekeeper.

In the academic world, is being a university chancellor the equivalent of being a rock star?
Perhaps! It’s certainly a position of power. Other people often treated as rock stars, at least in the humanities, seem to be those whose books, performances, or theories make a big splash in scholarly circles and even go beyond the borders of academia. In Spirit, Francisco has become that kind of scholar; his book on Damon Von Tussel (which he was writing in The Art of Vanishing) has gone mainstream. Yay, Fran! :)

At a party, fondue is featured. Fondue was popular in the 1970s. Is it making a comeback?
In Stonedale, it is.

Zandra Delacroix, companion to playwright Tolliver Ingersoll, was a theater professor who did not get tenure and now considers herself a psychic. Why does she claim not obtaining tenure helped her psychic abilities?
Leaving academia freed her to focus on other things. Also, being a professor can demand the majority—if not all—of your energy and time. Once she was able to move out of her primarily analytical mindset, her intuitive gifts had more space to flourish.

Why does Tolliver call Lila “petal?”
She was wearing a daisy pendant the first time they met, and it became a term of endearment.

What are memes, and how are they used for publicity?
The students in the book are pairing images with humorous captions or twists on popular sayings that can be circulated on social media to draw attention to the production. 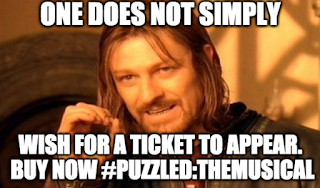 Lila knows nothing of the opera house ghost. When she learns of the story behind the ghost, she doesn’t totally discount it. Has she had encounters with psychic phenomena before?
It’s implied that she has...and while she isn’t aware of having met any prior ghosts, she tells us that “no one can grow up the daughter of artist Violet O and not have an open mind.”

Clara Worthingham and her husband, Braxton, head up the historical society, which doesn’t want the play to be held in the opera house. They are very different in their manner with people. Do they play bad cop/good cop when dealing with adversaries?
It’s a natural result of their personalities. They could not be more opposite.

Even though the Worthinghams are loathsome, they adopted an abandoned baby left on their doorstep by the opera house’s former owner, who committed suicide there. Were they altruistic or did they have more sinister motives?
I’d like to believe that they were altruistic... 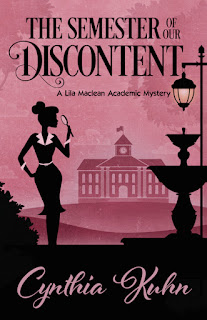 Bella, the adopted baby who is now grown up, and Lila don’t know the identity of their fathers. Does this give them a bond or is there more that Lila senses in Bella?
It gives them a bond more quickly than they would have had otherwise.

Detective Lexington Archer investigates the murder. Lila and he dated briefly, but then both became immersed in their work. Will they be more successful in dating this time?
It depends on what you mean by successful...

Concerning romance, Lila describes herself as a “spill-my-drink-on-him and blurt-out-absurdities kind of girl.” I think she doesn’t give herself enough credit. Would Lex agree with her or me?
Lex would probably agree with you, but will secretly never forget the mug of hot coffee at the café that time.

When something unfortunate happens to someone the effect is compounded by people distancing themselves from that person. Is it superstition or are they at a loss as to what to say and do?
Good question! I very much admire the people who go in anyway and let someone know that they’re not alone, even if it’s difficult to find the words. 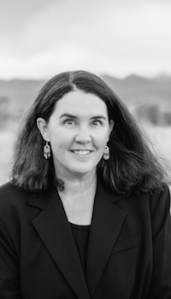 Cynthia Kuhn writes the Lila Maclean Academic Mystery series: The Semester of Our Discontent, an Agatha Award recipient for Best First Novel; The Art of Vanishing, a Lefty Award nominee for Best Humorous Mystery; and The Spirit in Question. Her work has also appeared in McSweeney’s Quarterly Concern, Literary Mama, Copper Nickel, Prick of the Spindle, Mama PhD, and other publications. She is professor of English at Metropolitan State University of Denver and president of Sisters in Crime-Colorado. For more information, please visit cynthiakuhn.net.

Love seeing Lila come into her own!

Congratulations, Cynthia, on your latest release. I'm looking forward to reading it.

Cynthia, this is a series I must read. Of course, I'll start with the first book,
which I always do with a new series, and then quickly read the next ones, too,
once I'm hooked which I'm sure I will be.

As a former academic myself, I agree that the university is a fantastic setting for nefariousness of all kinds. Looking forward to reading!


Julie and Grace, thank you! So appreciate that.

Gloria, I hope you enjoy--and thank you for giving the series a try!

Tina, what did you teach? And "nefariousness of all kinds" = ha!

Hey Cynthia - congratulations on what sounds like another good one. Best of luck to you and it.

Congratulations on its release, and best of luck with it.

Welcome to WWK, Cynthia! Love the interview and can't wait to read this book! It's on my Kindle and coming up to the top of my TBR list!

Hi Jim, KM, and Annette: Thanks so very much! Hope that everyone is having a wonderful fall.

Thanks so much to E.B. Davis for the terrific interview/question!