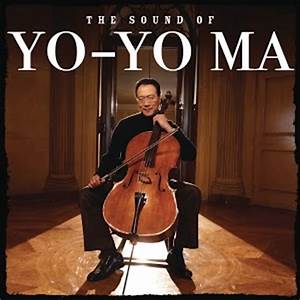 On Monday evening August 13th, Yo Yo Ma came to Warren, Ohio to perform at our open air amphitheater. He came through the Kennedy Center for the Performing Arts and through David Brooks, a New York Times columnist and director of the Aspen institute. They partnered with the Kennedy Institute and Yo Yo Ma  which is called the Bach Project as a way for Yo Yo Ma to be a helper and a citizen to use his fame and music to bring attention to and celebrate the workers in the community where he visits. He is on a tour of smaller towns in the country and the world. While here, he visited various places like a Juvenile Detention Center where he talked with those inside it and played his cello. Not only was it an awesome concert, but it was totally free, too.

One of the things we were all impressed with was the music performed on the piano by a local high school senior who has traveled and won awards with his awesome playing the piano with hands he was born with, one having only one finger and the other three fingers. He got a standing ovation when he finished playing.

There were several others who performed before Yo Yo Ma came onstage, but he was standing in the wings shaking his hands over his head in praise for those who performed. In addition to the awesome pianist, there was a young woman Ariielle Green who sang George Gershwin’s Summer Time which a lot of people sang along with her.

She was followed by the Point Five band. It played Stevie Wonder favorites. The person who then introduced Yo Yo Ma said he was in the wings dancing to the music. 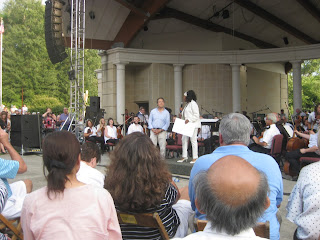 Then Yo Yo Ma came out to talk a bit praising our local area and the people he met “I’m just stunned, elated and inspired by this level of serious commitment.” He said after visiting several places the two days before the concert. 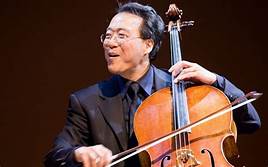 After saying this he started playing Bach Cello Suites. Oh, it was so beautiful. In the newspaper that covered this concert with lots of columns on several pages it said performing a cello concert on your own for an hour or more is a herculean task for a cellist, and then going to different meetings would be tiring, but Ma at age 62 said he wasn’t having any second thoughts. Not only is he a totally awesome cellist, but he is down to earth and has a sense of humor, too.

After he finished playing solo for us, he joined the Warren and Youngstown combined philharmonic orchestra and played with them at least an hour instead of taking a break. .

It was a fascinating evening. The rain held off, although while our local congressman, Tim Ryan was giving a talk before Yo Yo Ma came out, there was a huge boom that sounded like a bomb explosion which was thunder and lightning and had everyone jumping. But the rain held off. 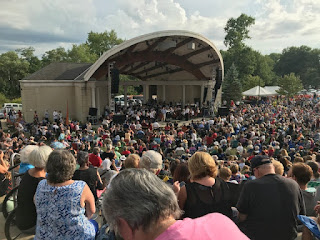 There was something like three thousand people who came to it. I put up my chair four rows back and although I had a bit of a time seeing through taller people, I could hear everything quite well and sometimes stood up to take a picture from between those sitting in front of me. A friend of mine took several awesome pictures, too, and sent them to me. I downloaded a picture of Yo Yo Ma from the internet because I couldn’t get a close up picture of him.

I don’t know what other towns he will be going to, but if you find out he’s going to be anywhere near where you live, I would not miss it.

What a wonderful concert! I heard Yo Yo Ma perform with the Cleveland Symphony at Blossom Music Festival when we lived in northern Ohio. A magical evening.

He is a wonderful performer.

What a wonderful venue for Yo Yo Ma. Outdoor concerts bring such an extra dimension and he is a wonderful showman!

What a fabulous experience. I love being outside listening to music and Yo Yo Ma is just tops.

Sounds like a great concert! How wonderful to hear that someone as renowned as Yo Yo Ma is so supportive of others.