Editing Your Mystery is like Brushing a Persian Cat By Kelly Oliver, Author of the Jessica James Mysteries 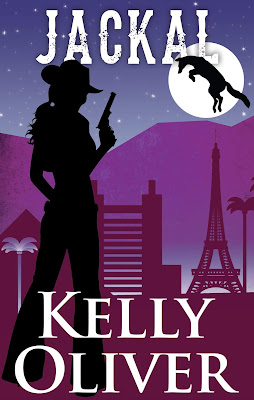 As I revise JACKAL, the fourth in the Jessica James Mystery Series, I realize that editing is like brushing a Persian cat. It’s time-consuming but absolutely necessary. You have to keep at it, sometimes gently, other times with force, stroke after stroke, cutting out a mat here or there, all the while holding onto the wriggling mass and cajoling it into submission.

I have two Persian cats, Mischief and Mayhem. I chase them around the house to groom them, little-by-little, day-by-day, until their coats are smooth. When their knots get out of control, I have to call a professional groomer. With my novel, as with the cats, professionals see rough spots that I missed. The difference is that the cats will survive without grooming; they can live with their knots and tangles and hotspots; my novels may not.

Luckily, I enjoy editing, almost as much as I love brushing my cats. I especially like going back through my manuscript to accentuate the differences between points of view, reserving certain words for certain people. Writing different points of view gives me the opportunity to voice diverse perspectives on events and characters. 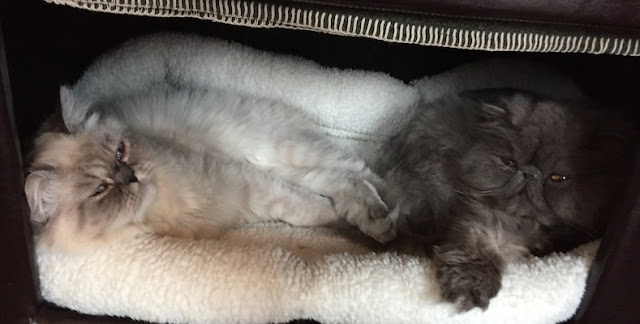 When editing, I comb the manuscript for common verbs that I can replace with more exciting ones tailored to each POV. I revise descriptions of places and people to reflect the metaphors and similes
unique to each character telling the story.


Another challenge in editing is balancing backstory and action. Sometimes I have to cut out big matted chunks of it to keep the action moving. Then I go back and sprinkle bits throughout the novel.

As I edit and revise, I brush away what isn’t necessary to develop the characters and advance the plot. I smooth out the rough spots so the reader has a seamless experience. The reader doesn’t need to see me fighting with the wriggle mass to enjoy the end result.

Okay, time to get back to brushing, combing, and teasing out the mats from JACKAL. Like the coat of my two Persians, some days the novel gets smoother and finer until it flows beautifully. On other days, I just have to say to hell with it and get out the clippers. 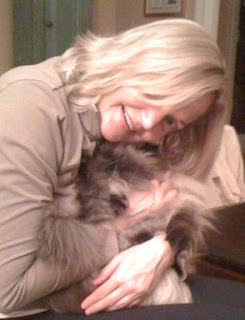 Kelly Oliver is the award-winning, best-selling, author of the Jessica James Mystery Series, including WOLF, COYOTE, FOX, and JACKAL (2018). Her debut novel, WOLF: A Jessica James Mystery, won the Independent Publisher’s Gold Medal for best Thriller/Mystery, was a finalist for the Forward Magazine award for best mystery, and was voted number one Women's Mysteries on Goodreads. The second novel, COYOTE won a Silver Falchion Award for Best Mystery. And, the third, FOX was a finalist for the Claymore Award. When she’s not writing novels, Kelly is a Distinguished Professor of Philosophy at Vanderbilt University, and the author of fifteen nonfiction books, and over 100 articles, on issues such as the refugee crisis, campus rape, women and the media, animals and the environment. Her latest nonfiction book, Hunting Girls: Sexual Violence from The Hunger Games to Campus Rape won a Choice Magazine Award for Outstanding title. She has published in The New York Times and The Los Angeles Review of Books, and has been featured on ABC news, CSPAN books, the Canadian Broadcasting Network, and various radio programs. To learn more about Kelly and her books, go to www.kellyoliverbooks.com, where you can get WOLF for free through the end of August.

great comparison. I look forward to reading your books.

What a fabulous analogy! Thank you for visiting. Do you keep some of the wonderful fur and weave it into future books?

Great analogy. I'm always looking for ways to explain the process of writing and I will definite use yours.

I think your books are ones I'd like to read. Comparing the editing of your books to brushing your Persian cats makes me think about brushing my full sized beautiful tri-colored Collie, Maggie. She only puts up with just so much. I, too, don't mind editing my work. I do have two critique partners who find little glitches here and there, but over all I do the major editing part.

What a great analogy! I'm editing a book now and your struggles with Mischief and Mayhem (great names) resonated. Thank you for stopping by!

My cats are all short-haired, but as they get older, they don't groom themselves as effectively as they used to. Much the same way, the further along a manuscript gets, the more it becomes obvious that I need to work on editing.