Cover Her Face by P D James: A Review by Warren Bull 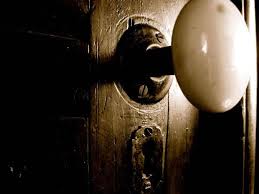 Cover Her Face by P D James: A Review by Warren Bull

First published in 1962, Cover Her Face was the first novel by P.D. James. In this first offering it is possible to see the qualities that made the author so respected and successful.  Often with the first novel of good writers there are elements that show promise of what the author may later achieve. This novel, on the other hand, already demonstrates command of language and genre.
When a woman who has gone through a program for unwed mothers is hired as a servant for an aristocratic family, trouble begins to brew. The woman has a way of identifying and seizing upon other peoples’ weaknesses without calling attention to her actions.  Things come to a head one evening when she announces that the male heir has proposed to her. The next morning she is found inside a locked room strangled to death.

This is the introduction of Detective Chief Inspector Adam Dalgiesh. The author deftly inserts information that leaves the reader wanting more time to spend with the character. The writing is smooth and engrossing. The plot is unpredictable and surprising. On its own, even without the author’s distinguished later career, this is a very good mystery that earns my highest recommendation.
Posted by Warren Bull at 12:00 AM

I enjoy reading Cover Her Face mostly in anticipation of James's later works. I've read that PDJ was rather embarrassed by it after she'd hit her stride.

Her characters and setting are spot-on, the plot engaging and in the end, logical.

I haven't red this, though she is a favorite author! I will have to see about getting a copy to read.

Warren, I think I've read all of P.D. James books, but it's been a while since I've read this one so I'll have to go through my copies of her books and reread that one. Maybe I'll go back to reading all of her books like I did with Margaret Maron last year. It's strange how after not reading a book in some years, one forgets who the villain was. At least I do, but maybe it's because I read so many books.