The Three-Act Format and E-Format Percentages by E. B. Davis

Every writer has his methods of composing whether he outlines or pantsers. But there are standards in style and composition that everyone follows. Mystery novels are written, like most fiction, in the form of three acts. The first act establishes the crime and motivation, if the main character is an amateur sleuth. The second act follows the investigation, and the third act provides the whodunit and the hows and wherefores. Usually, the first and third acts together equal the second act in volume. That ratio among acts spurs my interest in Kindle’s percentages of book read.

Those percentages appear in the lower right corner of Kindle’s screen. In physical books, you can judge by the thickness of the book how much you’ve read. In the virtual world, that physical judgment can’t occur. The reader is blind. Kindle provides percentages to make up for that lacking in the virtual world. If the publisher or author includes advertisements for other books placed after the novel ends, the percentage isn’t accurate. Likewise, the new practice of placing the author’s notes, dedications, and thanks to friends, family, and colleagues also throws off the percentages. When the percentages aren’t accurate it’s annoying because I find the book’s ending comes much sooner than I anticipated, which lessens my enjoyment of the book. I think this proves that a reader’s anticipation of the ending is a factor for authors to consider. Most readers don’t want to be smacked in the face.

Perhaps because I’m a writer, those percentages attract my attention. If the investigation seems slow, I’m checking to see if I’m near the seventy percent mark because at seventy-five percent, I should get near to the denouement, the third act. If I haven’t been lead to two suspects by then, I question whether I’ve been given the clues I need to solve the case; whether the writer will pull the proverbial rabbit out of the sleuth’s hat, which can be a good ah-ha or cheap-trick moment. Infrequently I come across a very clever writer who’s stumped me. It isn’t often that getting smacked is a good thing, but there are times when the smack is more a surprise that delights. 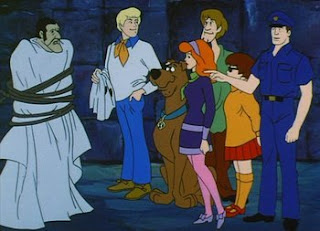 If I’m truly engrossed in the book, I may never look at those percentages, but those books are few. The more twists in the investigation, the more engrossed I become. The sleuth’s insight into his own foibles and possible misinterpretation of the clues provides an element of humility that shows unbiased intelligence. Complications and continued backstory helps, too. Some advanced reader copies don’t contain that percentage information—annoying me greatly. And perhaps that is why I’ve noticed the lack. I read a lot of ARCs. Those percentages are like a gauge to me that aligns what I’m reading with the three-act structure. Without them, I feel as if I’m reading into the void.

As a reader do you check the story progression against the percentage of book read? As a writer are you aware of percentage progress in bringing the plot to conclusion?
Posted by E. B. Davis at 12:00 AM

I rarely look at the percentages. The book either has my attention or it doesn’t. If it doesn’t and that state continues for a while, I switch the book into my “Did not finish” folder and pick up something else to read.

As for the back material – many readers like the start of the next story (with a buy link if it’s already available). I suggest before you start reading that you take a peek at the table of contents and if there is supplemental material, go directly to it and check the percentage. That way you know the book ends at (say) 92%, not 100% and you won’t experience the disappointment your currently feel.

I usually check the length of the library book I'm reading, excluding the acknowledgments, recipes, and excerpts from other books in the last twenty pages. Sometimes I read the first chapter and put it down (I don't throw library books across the room, though it's tempting). Sometimes, I figure out the gist of the plot and skim the rest of the book. And sometimes I'm hooked, entering the world the author has created, and not leaving until the last page.

I'm currently reading Paula Hawkins's Into the Water. The shifting points of view and plethora of characters made it a challenging read until page 180, when things fell into place a few pages short of the midway point.

I have a Nook. It tells me how many pages I've read, how many pages to go in the chapter as well as the whole book. A little extra back matter doesn't bother me; I can tell from the TOC how many chapters are in a book. I'm like Jim, though. I don't worry about where I am overall if the book has me engrossed.

I do pay attention to the percentage. And if I really LOVE what I'm reading, I slow down because I don't want it to end!

I often look at the pages remaining to see how it is going.

I have been caught off guard once or twice by the stuff at the end, but I don't pay attention to the percentage unless I feel like the story is dragging.

I'm with Carla. It's that rare - and wonderful - book that you don't want to end!
I'm still a physical reader, EB. When I switch over to Kindle (which may happen with this summer's travels) I'll keep the percentages in mind.

I'm a Kindle reader but I never have the Kindle set to percentages. I use the time left in chapter feature! As a writer though, I'm acutely aware of where I am percentage wise in a book while I'm writing and editing and polishing.

I read whenever I can--and I do a lot of reading for interviews. Perhaps because I know I'll be asking questions about the book, I look at the percentages to see if I think the writer is on track as far as plot/act are concerned. But even when I'm engrossed in a book, especially when I'm engrossed, I look at the percentages because I won't pick up a book and read when I'm at 85% when I only have fifteen minutes to read. By the time I'm at that point--I want to read until the end. Those percentages have a lot of uses.

As a writer, if I've written a book that isn't balanced in the usual 25/50/25 percent way, I wonder what is out of kilter, what should be cut, or if I've missed a complication. I think those percentages aren't set in stone, but they are good guidelines.

I use a Kobo and it has page numbers, like the Nook, and like my Sony that I just replaced. I think I like this better than I would percentages. I find it a lot easier to not finish an e-book. I'm slogging through a paperback right now that I would have quit on long ago if it were on my reader. But it's suddenly gotten very good! It needs a bunch of material cut from the middle, I think. That one, of course, is unbalanced all the way, but I DO look for the plot points/acts to fall where I expect them.

I don't have an e-reader so I don't know about percentages. I love having a print book in my hand. I do check to see how many pages there are, and like Jim, if the book keeps me engrossed, I keep reading. Actually, I might keep reading even if I'm not hooked at the beginning because often if I keep reading I find myself totally hooked. Usually, those kind of books are ones chosen for my book clubs and I think it's only right that I finish the book for the discussion we'll be having.