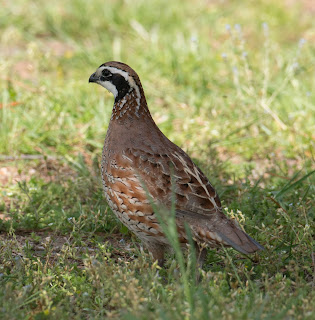 
I started singing in choirs in elementary school. In those early years, we learned music by ear: listen to the teacher and reproduce what you hear. It’s how we learned to speak, but easier for some than for others. Later, we learned to sing by reading music. In that, I had an advantage because my parents forced piano lessons on me starting in second or third grade. I discovered you can learn by rote, but it’s much easier if you first master the tools of the trade. That, it turns, out, applies to much in life.

There can be stars in choirs, but a discerning listener of the best choruses can’t distinguish one voice from another. Unless you have a solo, you are supposed to blend in, not stick out. And, it turns out, sticking out is not just about the sound. Choruses, like teams, often wear uniforms, coordinate moves: lifting and setting down their music folders, entering and exiting a stage with precision. Much of being a chorus doesn’t just involve singing well.

In sixth grade, I made the all-county chorus—as a first soprano! The only thing I recall of the experience is the principal of my school mentioning he spotted me right off—I was the one yawning before the performance began. Even from a distance he recognized me because of my idiosyncrasy.

In junior high, competing schedules forced me to choose between band and chorus. With a voice that provided random octaves and a pre-teen boy’s embarrassment over the same, my tenor sax and I chose the band. I was content to sing long hours along with the radio.

By the time I reached high school, my voice had sorted itself out and I sang tenor in my church choir. The choir had a sufficiency of bass/baritones, so both my father and I sang tenor. Neither of us were natural tenors, but we could hit the high notes. We did have a third tenor in the choir and he had a fine natural voice but was, unfortunately, a bit shaky on the notes. The director determined that if Dad and I bracketed him, the true tenor sang the right notes, and as a threesome we had sufficient volume to carry our part. The result of making individual sacrifices (my throat did hurt after pieces like Handel’s Messiah) made for a better overall result. 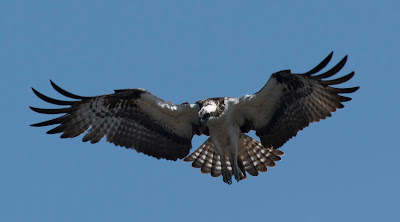 For nearly twenty-five years after high school, I was not a choir member; but when I changed jobs and moved to Cincinnati, I was determined to join a church with a choir. I visited St. John’s Unitarian (one of four Unitarian churches I was checking out) the Sunday their morning service consisted of a congregational sing of selections from their brand new hymnal. Sometimes you are in the right place at the right time and need to recognize your luck. I had a blast sight-reading the bass parts. Someone in the congregation ratted me out to the choir director, who buttonholed me before I even left the sanctuary. The next Thursday I attended my first rehearsal.

That choir performed some great music, especially as part of our annual Spring concerts: Mozart, Bach, Brahms, Vaughn Williams, contemporary pieces as well, including my favorite American composer, Morten Lauridsen, plus South American and Indian works. I sang English, Latin, French, German, Spanish, Hindi, and Swahili (and probably others as well). Those works were a stretch for me and for the choir, but the hard work was always worth the effort even if the concert performances were never perfect.

Through that association, I had an opportunity to sing in a chorus that performed with the Cincinnati Symphony at Riverbend. We had only four rehearsals and were expected to come to the first rehearsal knowing the music (light years away from my early grammar school days of learning music by rote). What an eye-opening experience that was for this decidedly amateur performer. Everyone sang out (in church choirs there are usually just a few who sing out and the rest follow) and it was easy to find my mistakes and correct them because people on the right and left of me were singing something different. The rehearsal conductor expected us to correct our own mistakes. He concentrated on entrances, cutoffs, and shaping the sound. We had one dress rehearsal with the full orchestra under the baton of Jesus Lopez-Cobos, and then the performance. 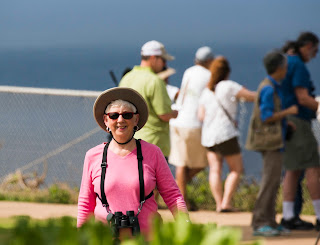 It was also through the church choir that I met Jan, my partner of twenty-three years.

When we left Cincinnati and joined the choir of the Unitarian Universalist Church of Savannah in 2010, it was very small with a few excellent singers, but many much less skilled than I. We sang simple music, often in two or three parts, not the eight-part harmony of the works we often did at St. John’s. It was a bit discouraging, but I held onto a recognition I had made years ago: no matter how tired I was as I dragged myself from work to rehearsal, I felt refreshed at the end of the two hours. Even though in Savannah rehearsals were shorter, and the pieces less satisfying, I still retained that feel-better-after-singing experience.

And over the years, more quality singers joined the Savannah choir. I thought, oh good, now we’ll start doing more robust works. That hasn’t happened; this choir director has chosen to take her finer choral instrument and shape its sound. Pitches are now spot on, not just very close. She works on the sound of vowels, precise cutoffs and entrances. Rarely, we’ll end up with six or eight parts for a portion of a piece, but what is most important to her is our sound.

For a boy brought up in the nasal-speaking Rochester, NY area, rounded vowels are sometimes a stretch. I still miss singing the big pieces and would like to do more of that before I lose my voice and can no longer sing; but in the meantime, I’ve discovered I can bury myself in the hard work of sounding as one voice of a beautiful chorus.
Posted by Jim Jackson at 12:00 AM

I have always suspected that for some people, the ability to create great prose is closely tied with their ability to make great music -- you are now my Exhibit A. One day I hope to hear you and the UUs in Savannah.

Tina, I've heard people link musical ability with mathematical ability, but yours is the first time I've heard the proposition linking creating prose with creating music. I'll have to give it some thought.

That's lovely, Jim. I admire a well-sung choir but know I can never be part of one. It's one of the pleasures of high Mass for me. You, Warren too as he is also in a choir, are inspirations. I hope to hear you both one day!

Jim, my dad sang to us from the time we were little. I sang in a high school choir, too, and sang around the house and to my little ones when I married. Over the years I took piano lessons, learned to play a guitar and a lap dulcimer. Unfortunately, my piano got a cracked soundboard and I never got it fixed. I stopped playing guitar when I became so busy teaching, and the lap dulcimer had a key break and I didn't know where to get it fixed.

I didn't join the choir at my church, which only sings maybe once a month, although we have a wonderful woman who plays the piano and the organ. At every Mass we have someone who leads us in singing, and I love singing with the congregation. We are lucky to have a congregation in which almost everyone joins in singing the hymns. I went to Mass in Bethesda Sunday morning and almost no one in the congregation sang with the woman who led the music, and that woman somewhere behind us was quite loud and not always in tune. It made me appreciate my church and congregation so much especially at today's Mass.

Dirait on! What an utterly gorgeous piece of music. What a thrill it must be to lose yourself in that. Thank you for sharing.
This is why I dance - singing is not my strong suit.

I've always enjoyed hearing talented singers. Growing up, my idols were Jeanette MacDonald and Nelson Eddy, Mario Lanza, and Kathryn Grayson. (I'm showing my age.) I sang in school and church choirs and thought my singing voice was only passable. However, after standing next to a friend during church and discovering that she is absolutely tone death, I find that my singing voice isn't as bad as I thought.

Shari, glad you enjoyed that small sample of Lauridesen's work.

Grace, it's all relative, isn't it?

I've never had much musical talent (can you say tone deaf?) but I've always enjoyed listening to music, and live performances have a charm all their own.

I remember a friend's totally non-musical son being excited in early elementary school because everyone was trying out for the choir. His mother was worried because she was sure there was no way he could make it.

He came home happily, though, and informed her he was a member of the "listening choir."

A position I am pleased to have filled on many occasions.