When Did Writing Become All About Marketing by Elaine Macko 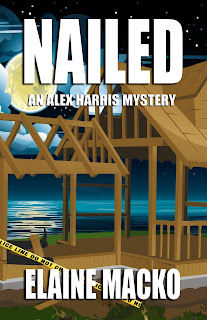 It was a dark and stormy night. Ever since I heard those words as a child I fell in love with mysteries; I love them. I also happen to have a crazy, run-away imagination, so what better use for it than to kill on paper. It sounds demented, but the truth is cozy mysteries are one of the biggest selling genres out there, so I’m in good company.

Be careful what you wish for. Remember that saying? It’s true. I always wanted to be a writer, and a few years ago I achieved that dream with the publication of my first cozy mystery, Armed. But like the saying implies, things don’t always turn out the way you plan them in your head because being a writer these days, especially an indie writer, seems to be more about the selling of your books rather than the writing of them.

My writing career started in Europe. I made the trip across the Atlantic for a one-week tour of London. That trip turned into a 12-year odyssey that took me to Belgium. It was there, while living with my partner, André, that I finally took the plunge and started writing a mystery. It all began on, you guessed it, a dark and stormy night, sitting in a café discussing various murder scenarios, as one does, over some Belgian beer. I hashed out an outline on several paper napkins and created characters, which have turned into the Alex Harris Mysteries, the latest being Nailed.

But getting published didn’t happen overnight. I’ve received my share of reject letters. Luckily, I am nothing if not persistent. Fine tuning my manuscripts eventually paid off, but after a year with a small publishing firm, we parted company. I wanted more control over my cover designs, the price I could charge for my books, and editorial content. I had heard about indie publishing and toyed with the idea but knew it could be the kiss of death for writers. And then Amazon got into the game and the rules changed. Everyone was jumping in, writing away and uploading their books with reckless abandon.

The first thing an indie author discovers is that publishing, or more specifically, marketing, books isn’t cheap. The Internet is awash with dot coms willing to help you get your books out there for the masses, but it comes at a cost with no guarantee of results. Most writers are content to just write but, without the backing of a big publishing house, the marketing falls on the writers’ shoulders. And there are a lot of components to marketing. First, you have to have a professional picture taken for the back of the book. People like to see what authors look like. This was one of the hardest parts for me. I used to be photogenic—and young. You get the picture.

Once you’ve found a great cover designer—because yes, people do judge a book by its cover—and have that model quality photo of yourself—or as near as you’re going to get because you were only willing to pay bargain-basement prices for a photographer—the real work begins. I’ve had to become a shameless promotor on Facebook and Twitter. I’m not good at self-promotion, but I’ve had to overcome my fears and promote my books wherever someone will let me, and this includes sitting in a dress shop amongst the racks of clothing, grabbing unsuspecting shoppers as they head to the dressing room—preferably with one of my books. I’ve driven around in my car with a sign announcing to one and all that if it’s murder you’re looking for, a good place to go is my website. And I leave bookmarks on tables at restaurants, restrooms, and wherever else I can discreetly stick one.

My books get great reviews. Yes, I get the occasional bad one like all writers, but my cozy mystery series has been described as a cross between Janet Evanovich and Mary Higgins Clark. High praise indeed, and I’ll take it, but still, where are all the sales? Putting out a decent book doesn’t guarantee big royalty checks at the end of the month. People need to know that you have a good series before they can buy it, and therein lies the rub—letting them know that there’s a new kid in town and her books are good!

But I haven’t given up. I write because the stories come to me and I can’t keep them inside, and because my fans continually ask when the next one will be out. I can’t divine if any of my books will be bestsellers. You hear about people who write a book and almost overnight get an agent and have publishers fighting over the manuscript while Hollywood starts looking for the perfect starlet to play the protagonist. That didn’t happen to me. I’m not one of those people who is in the right place at the right time. But if I had given up all those years ago in Belgium with the arrival of my first reject letter from an agent, I would never have been published and my dream of being an author would have gone unfulfilled. 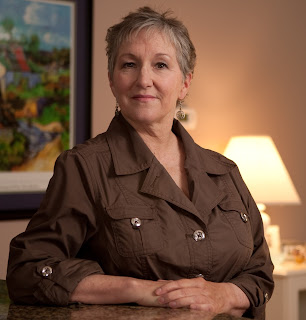 Author Elaine Macko is a transplanted New Englander living in California. From a very young age, she possessed an over-active imagination finding intrigue and mayhem in everyday situations, often with hilarious results. In the 1980s bored with life in general, Elaine signed up for a six-day vacation to London and Brussels and fell in love with a local Belgian man, extending her trip to twelve years. Elaine wrote her first book, Armed, in 1996, and penned seven more books in the series. Never forgetting her New England roots, her books are set in the fictional town of Indian Cove, Connecticut, the perfect setting for murder. An active member of Sisters in Crime, Elaine takes comfort in knowing that there are many others like her, inventing ways to kill on paper. Her books can be found on Amazon.
Website url: http://www.ElaineMackoBooks.com
Facebook: https://www.facebook.com/pages/ElaineMackoBooks/280211425338073
Twitter: @ElaineMacko

Congratulations on your eighth book in the series, Elaine. That is not a mean accomplishment.

"I am nothing if not persistent." -- This is a message I (and likely other aspiring writers) need to hear over and over again. Thanks for sharing your story and congratulations on your long series!

congratulations on your accomplishments and many thanks for sharing your message.

Every writer has a unique story about getting published, but they all one thing in common - persistence.

Elaine, I'm self-published, too, and also working on my eighth book in my series. Much of my story is like yours.I am fortunate in having a granddaughter who is a great artist and designs my covers. I also don't like promoting, and don't pay money to do so, but often when I meet new people I jokingly tell them I'm a little old lady who murders people. That gets their attention, if they express an interest in my books I give them bookmarks. I find the more books i write, the more fans I've acquired and it sounds like that is true for you, too.

Thanks for covering a topic all of us are aware of, but to which most of us wish we didn't have to devote so much time. I have spent a little on promotion, and seen upticks in sales, but I hate to take the time away from writing to promote. I admire people who have a plan and carry it through. Best wishes for your books.

Out of curiosity, what happened to the Belgian man? Was that Andre?

Isn't it funny that we all thought the WRITING would be the hard work. I'm what's called a hybrid author - A little bit Indie, a little bit Rock and Roll through Henery, a small press. Both parts of my writing personality require marketing. Something I had no idea about. It's hard work, and for the most part, writers do not want any part of it. I include myself in that statement. I don't know how the big houses (is it four or five now, or are we down to three? I can't keep up) handle marketing. I think a lot is falling on the authors these days unless you're Stephen King or similar, but small press writers do 99% of the marketing too. Not much different to what an indie does!

KM Rockwood, you asked what happened to Andre. Well, I left him in Belgium and on occasion I get an email from him and he seems to be doing well. It's now been 20 years since I left there and I still pine away for the good old days. But alas, life doesn't always turn out the way we want it to. Thank you for asking.