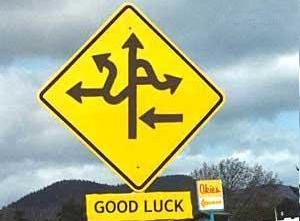 One of the most difficult times for an author is when a story comes to her—a story that excites and inspires her—and it's not in the genre she usually writes. I think some writers just set those ideas aside for some later time that never really comes, but that's not something I'm prepared to do. In the past couple of years, I've had a change in my entire life, battling invasive breast cancer, and along with it, an involuntary hiatus in the publishing of my next mystery in the Skeet Bannion series. But during that traumatic time, a story came to me, and I started writing it by hand when I was just out of the first of three back-to-back cancer surgeries. I couldn't use the computer because my right arm was so swollen and had to be elevated on a pillow, so I wrote out the first few scenes by hand through the pain and sleeplessness and panic, not knowing where these characters were going, but totally seduced by the possibilities. I mentioned these scenes to my agent, and she asked to see them, so I had my son type them for me and sent them to her. She was as excited as I was and basically told me to go for it. (Have I mentioned how much I love my fabulous agent, Ellen Geiger of Frances Goldin Literary Agency?)

I had no idea what a huge project I was undertaking when I began. As I delved into this story and the characters and built their world, constantly being interrupted by surgeries or cancer treatments or medical appointments and all the freelance work and teaching I took on to finance all those expensive medical treatments—there's a reason so many cancer patients end up with poor credit ratings or even bankruptcies; it's a damned expensive disease—the scope of the book and its world kept growing. I alternated between excitement and despair—“I think I'm writing a really good book, but it's probably going to be unpublishable.” My completely supportive husband and agent kept me going. “Just finish the book,” they both told me innumerable times.

Finally, I came to the end, but I wasn't happy with the ending. I felt as if I'd rushed it because the book was already so long. I set it aside while doing a couple of major cash projects and then began revisions. That was a long process because this was a long, complex novel. By the end of the revisions, I was very happy with the book, except I knew I needed to completely rewrite the climax and ending, adding probably two chapters. My agent said, “Just finish the book.” I had to turn to a very busy time of freelance manuscript contest judging, developmental editing, and teaching.

Finally, I've finished those commitments, and tomorrow I begin those final chapters. I'm also starting to wonder how to convince my mystery fans to follow me into a world of gods walking the earth with humans in modern America and jumping with some of those humans back to the American frontier at the beginning of the 19th century as part of a campaign to save the planet from destruction. I know many of my mystery fans are adventurous readers, though, because after liking my mystery novels, a number have gone on to read my books of poetry, so I hope their literary adventurousness will lead them to try what I call a contemporary fantasy—in the fashion of Alice Hoffman, Neil Gaiman, Charles de Lint, and Deborah Harkness. I can promise them the same attention to character, motivation, setting, complex narrative, and language that they enjoyed in my other books. Whether that will be enough, I won't know until later.


Still, I'm excited to finish this book, Gathering Gods, and send it off to my agent. By coincidence, it's good timing since the Starz series of Gaiman's American Gods (a wonderful book that shares the basic concept of my book and almost nothing else, not even the same gods, since most of mine are Indigenous) is set to premier in 2017. But whatever else happens with the book, it certainly got me through the toughest period of my life, so it will probably always be one of my favorites.
Posted by Linda Rodriguez at 12:30 AM

Fascinating premise, Linda. Count me as a reader who will eagerly await Gathering Gods.

Linda -- It's wonderful your agent is so supporting of your project. As one who enjoys much of what Neil Gaiman writes, this certainly sounds like a good read. Best of luck in its completion.

congratulations! Something new and different is exasperating and energizing.

I'm glad this new book got you through some terribly tough times, Linda. Good luck with selling it. My fingers are crossed for you.

I'm excited about Gathering Gods and hope you will keep us up to date on its progress. I for one intend to pre-order. It is hard for authors to know if readers will follow a genre change. It's my belief - right or wrong - that readers will follow good writing no matter the genre and if they like your mysteries, they will try you out in another genre just based on the quality of writing. Good luck with it. And kudos on successful treatment!

Sounds like my cuppa, Linda. I love Alice Hoffman! Send me an ARC, please!

My fingers are crossed that your agent can sell your book regardless of its length. Thank goodness for the publishers that took on very long books like Helen Hooven Santmyer's "and Ladies of the Club," and Diana Gabaldon's "Outlander" series.

Thanks, Shari! I hope it will be.

Jim, I really hit the jackpot with my agent, and I know it.

Margaret, "exasperating and energizing" is it exactly.

Thanks, Barb! From your mouth to G-d's ears, as they say.

I will, Elaine. Gladly.

Thanks, Grace. In this genre, books tend to be quite a bit longer than mysteries, so I hope the length won't be a drawback there. Don't think it's going to be as long as Santmyer's or Gabaldon's. Probably closer to 400-450 pp. in final book form. Nothing like Donna Tartt's almost 800 pages or the new literary debut that's coming in at over 1,000 pp. in book form (can't remember who the young guy is who's getting millions for that).

I am definitely looking forward to reading the book. Some of my plots have come through dreams when I was on chemo or seriously ill, giving me a different way of perceiving the world.

Warren, it does put you in an altered state of mind, doesn't it?

Linda, I'm so looking forward to this book. I loved your other books and even though it won't be a Skeet Banyon book, I'm sure it will be every bit as good. I usually don't read anything in this genre, but one of the good things about belonging to book clubs, and I belong to two, is that they often pick books I'm not familiar with and open my eyes to new areas of literature. It was the same with the numerous courses in literature I took in college.

So glad you're at the finish line with this wonderful novel, Linda! Miss seeing you, but if you feel like a celebratory lunch when you get your book in to Ellen, let me know. My best to you, as always!

Looking forward to it, Linda! I'm a reader who will follow you for sure!

Thanks a million, Gloria! I've always been an adventurous reader, and as I said, I think a lot of mystery readers are also. SinC posted a national mystery reader survey a few years back that showed that avid mystery readers also tend to buy and read books in other genres, as well--something I've experienced with many readers of the Skeet books.

Judith, yes, lunch to celebrate. I'll call you when it's time. xoxo

Thanks so much, Julie! Your kid of reader is worth diamonds!

Cannot wait to read this!!!! And what inspiration you give me!

This will be amazing! Eclectic readers will follow you at once and with enthusiasm, and the reluctant will follow as word spreads. Meanwhile, by helping you through the horrific, the book has already achieved great success. <3

Linda, from time to time I read fantasy or science fiction. I look forward to reading your new book. Knowing that it helped you through a difficult time will make it precious for those of us who love your books. And may you gain new readers who will wantt to read your Skeet books.

Wishing you the best!

My fingers get away from me too often!

Deborah, you are so kind! Always.

Mary, thank you so much. Yes, the book has certainly already served one purpose.

DebRo, many thanks. I will be continuing the Skeet series, but with another publisher.

I'm looking forward to this one, too. I have read the Skeet books, and this will be an adventure.

KM, I do promise that it will be an adventure. So glad you enjoy the Skeet books.