Surfeit of Lampreys by Ngaio Marsh: A review by Warren Bull 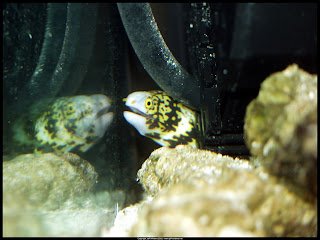 Surfeit of Lampreys by Ngaio Marsh: A review by Warren Bull

Surfeit of Lampreys was published in 1941. It starts like a comedy describing the eccentric Lamprey family as seen by a friend of the family, Roberta Grey. The family had a history of coming to the brink of economic ruin, trying ineffectually to stave off bankruptcy, and in the end being saved by happenstance. Grey was introduced to the family when during one money crisis Patricia (Patch) Lamprey was enrolled in a New Zealand boarding school rather than sent to England for her education as the other children had been.  An invitation to spend a holiday with the Lampreys when she was fourteen was the start of Grey’s involvement with the family. She quickly became a fascinated and enthusiastic fan of everyone and everything Lamprey. They had charm by the bucket and common sense by the thimble.

After Grey’s parents were killed in an automobile accident, Grey, then twenty years old, came to England to live with an aunt. When the aunt became ill, Grey was again invited to stay with the Lamprey family. As frequently happened, the family was once again in debt and out of money. They hatched a plan for the head of the family, Charles, to ask his miserly older brother Gabriel, who was a Marquis, for a hefty loan.

The mystery begins when Gabriel is found murdered in a particularly nasty manner on the Lamprey property. Chief Detective –Inspector Alleyn is called in to solve the crime. Ill-conceived efforts by the Lamprey family to protect one another hamper the investigation and lies pile up faster than clues.
I thoroughly enjoyed the novel. If such a family did exist, I would be an ardent fan. I would also be an admirer of the detective. Marsh shows why she was considered one of the Queens of Crime with her deft writing, use of red herrings and absolutely fair play with the mystery.

Interestingly there was a family named Lamprey among the gentry at the time the book was written. They corresponded with the author. She apologized for using their name.

I recommend this novel very highly.
Posted by Warren Bull at 12:00 AM

Thanks for a good review of a book I've never read! I will have to go back and read it, as well as revisiting all of Ngaio Marsh's work, which I haven't read in years.

The title "Surfeit of Lampreys," of course, refers to the death of Henry I, who died from eating a "surfeit of lampreys," a food considered unsuitable for the elderly because lampreys were cold, which, even though they might be warm when served, could chill the blood and cause illness and death, especially in the elderly.

Thanks, Warren, for a very interesting review. It sounds like a fun read.

I enjoy your book reviews, Warren, but every time you write one, my to-be-read list gets longer!

KM, I did not know that. Thanks

Margaret, Grace and Julie, Thanks you.

Warren, how am I ever going to catch up on the TBR list of interesting books you review.
Maybe when winter comes. I am keeping a list.

Warren, this is my very favorite of all Ngaio Marsh's books, and I love the original British title, which was considered beyond the comprehension of Americans--it was published in the US as Death of A Peer, if I'm not mistaken. The feckless and charming Lampreys are so much fun, Roberta Grey as the outsider who falls in love with the whole family such an endearing POV character, giving the characterization (of the novel as a whole) more depth, and Inspector Allelyn (was he a Chief Inspector yet?) at his best. Unlike some, this is a Golden Age mystery that has held up for me.

Warren, I'm so delighted that you're bringing back some of these wonderful Golden Age mysteries. Ngaio Marsh has always been one of my favorites. I read this book years ago and later learned that Marsh had based the Lamprey family on a family she knew well, who were indeed always in debt and always trying to figure out ways to get out of debt. They were charming and a bit feckless and always nearly broke, but she adored them.

Loved this book! See my commentary on it:
https://deathbycommittee.wordpress.com/2011/06/28/death-of-a-peer-also-published-as-a-surfeit-of-lampreys-1940-ngaio-marsh/

I listened to this book recently on a road trip and thoroughly enjoyed it. The comedy was farcical and reminded me of a Wodehouse novel. Warren, have you read any other books in the series?